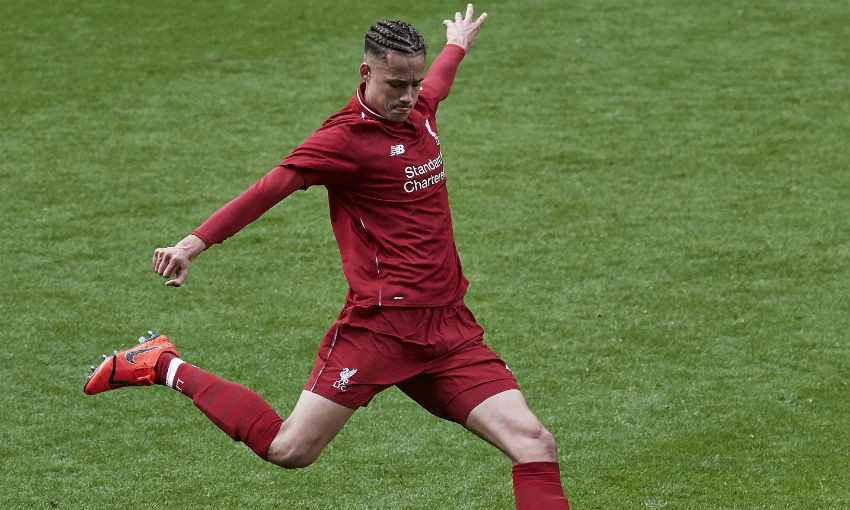 A broken nose left Rhys Williams in no doubt about the nature and demands of being a centre-half in senior football.

It was during a midweek fixture away at Darlington in the early stages of his loan spell with Kidderminster Harriers when the 19-year-old endeavoured to head clear a free-kick arriving into his penalty area.

However, he just happened to do so at the same time an opponent was raising his foot high to flick the ball on.

"Welcome to non-league," Williams jokes in a conversation with Liverpoolfc.com. "I put my head in and he smashed me in the nose, it's broken.

"They've scored while I was on the floor and the ref has let it run. Then we got beat 1-0, so everyone was going mad after that game.

"I probably head 15 balls a half. It's quite direct but that's what I needed to get better at and I think I have done."

Williams joined the National League North side initially until the end of 2019. But having impressed in his 26 appearances, he is staying put for the remainder of the 2019-20 campaign.

Even after just half a season of being permanently in a first-team environment, the defender is already seeing improvements in his game.

He continues: "I've gone there to improve defensively – the basics of the game, which I thought I needed to work on anyway coming to the end of my U18 season. I think I've definitely improved on those.

"It means everything, three points. I've bought into that quite quickly because you can see how much it means to people when you get beat. The fans are on you and every game is another opportunity. It's definitely a different pressure from playing U23s, where it's about developing yourself.

"There, it's literally you need three points to stay in the team, to keep playing every week, to get a new contract. It's definitely more pressure but I thought I've dealt with it quite well.

"There's no feeling like playing against men. That's what you're preparing for. If I can say anything to the lads who get the chance to go out on loan, definitely take it." 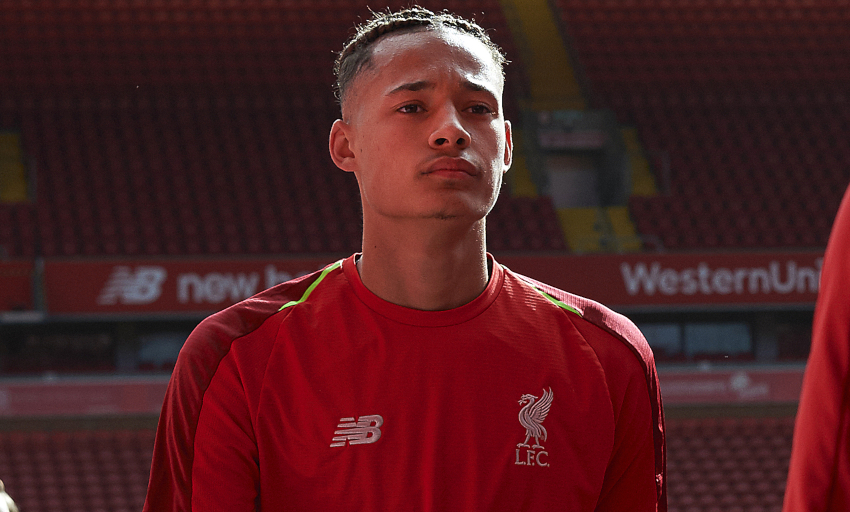 Perhaps just as important, development off the pitch is also a knock-on effect from life out on loan.

"Here, you're really well looked after," Williams states, sitting inside a meeting room at the Kirkby Academy. "Everything is covered and you don't need to worry about anything.

"But there, you really are left to stand on your own two feet. I've enjoyed that because it's going to make me better in the long run.

"I cook for myself! But I'm sharing a house with two other players. The lads in there are really good with me. They're a bit older, so they've got a good head on them and they really look after me."

It's been a landmark few months for the Academy as plenty of prospects have been given opportunities to be part of Jürgen Klopp's Reds.

Williams, though, has not escaped the minds of those within the facility and will return to Merseyside in the summer even more determined.

"I get texts off the coaches quite a lot, checking how I am," he says. "They really keep in touch with you to see how you are. I'm happy that they're thinking about me.

"I'm in a group chat with them all [his Academy teammates], so we're always talking. I'm happy for the lads because they're all my friends.

"That definitely gives me an incentive to get as many games under my belt as I can and then come back and hopefully be pushing more for my own place in the team."