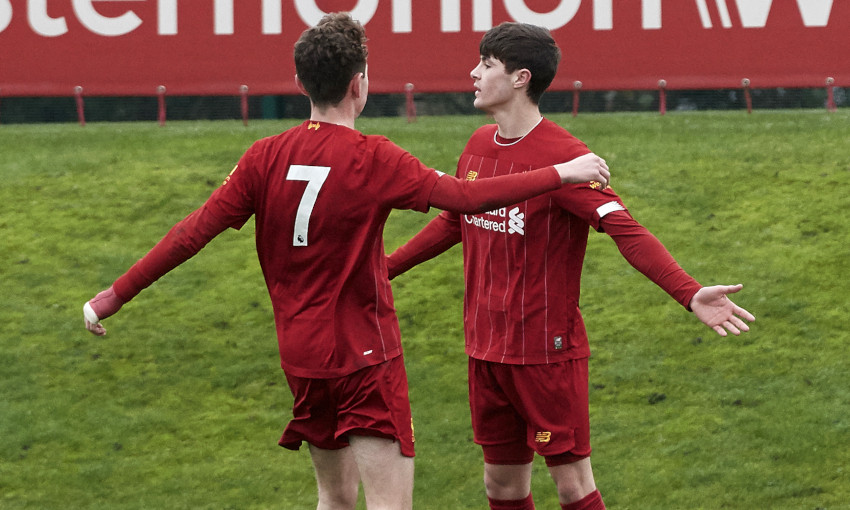 Liverpool U18s moved within three points of the top of the table by beating Sunderland 4-0 at the Academy on Saturday afternoon.

Barry Lewtas’ Reds were good value for a victory secured through a Tom Hill opener and an excellent hat-trick from Layton Stewart.

The result closed the gap on U18 Premier League North leaders Manchester City and Liverpool still have a game in hand to play. 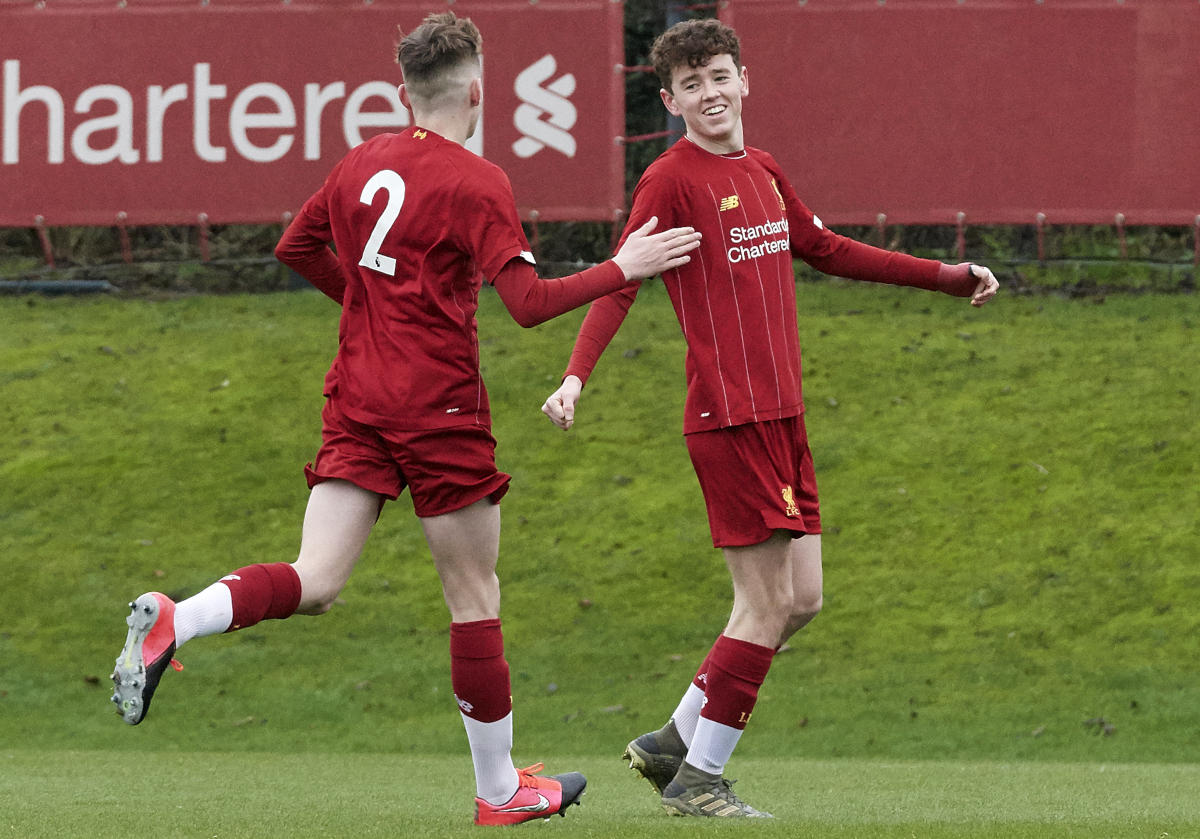 The young Reds made an encouraging start on a cold day in Kirkby and might have taken the lead within two minutes of kick-off.

James Norris slid a pass into the left channel that invited Stewart to collect the ball and cross into the middle, where Fidel O’Rourke was unable to get enough on the finish to prod home.

But the breakthrough soon followed.

Indeed, the contest was just seven minutes old when Hill picked up the ball around 25 yards out, stepped forward into a shooting position and drilled a clinical low shot across goal and inside the left post for 1-0.

The strike stirred Sunderland and the visitors enjoyed an extended period of pressure, though without genuinely troubling Jakub Ojrzynski in the Liverpool net.

At the other end, only a last-ditch foul by opposition goalkeeper Jack Newman stopped O’Rourke from capitalising after nudging the ball around him outside the area.

Hill could not turn in a second from Norris’ cut-back and O’Rourke headed wide when the ball was swept back into the box – but the Reds would double the lead before the interval.

Remi Savage guided a pinpoint pass from a dead ball in his own half over the top and Stewart got in behind Jack Armstrong before craftily lifting a finish over Newman and back down across the line. 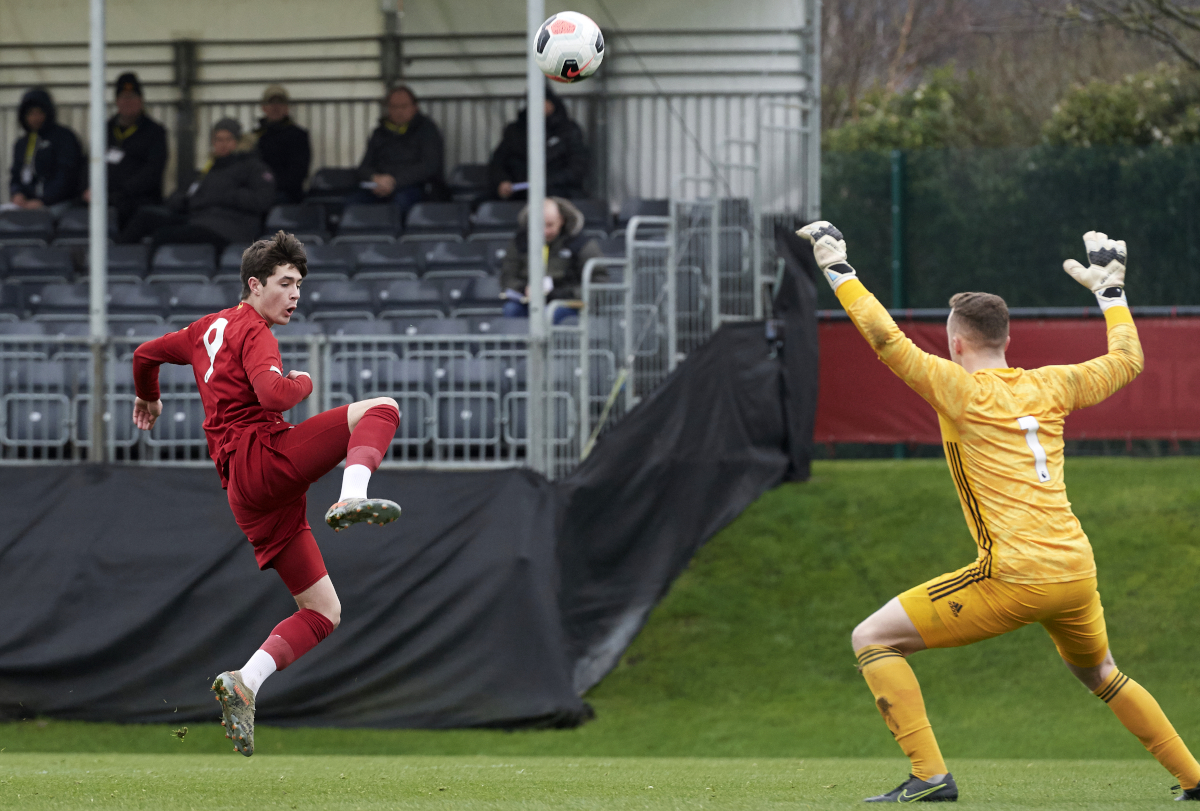 And Lewtas’ charges removed any threat of a comeback early in the second half.

Liverpool turned over possession deep in Sunderland territory and an exchange of passes between O’Rourke and Stewart allowed the latter to set himself and push a shot through a touch from the ‘keeper. It was Stewart’s 15th goal of the season.

There were few clear opportunities in the remainder of a clash that felt decided once the third went in, with neither side able to find the final touch or pass they needed.

Stewart had a chance to seal his hat-trick in the closing stages but, having moved in with intent from the right-hand side and created space, put too much power on his rising drive.

The No.9 was not to be denied, though.

A minute into stoppage time, Stewart broke into the left side of the box and drew out the goalkeeper before superbly sweeping the ball back over Newman and his recovering defenders into the far corner.

The Reds therefore comfortably secured their fourth consecutive league win and kept up their chase of Manchester City in U18 Premier League North.