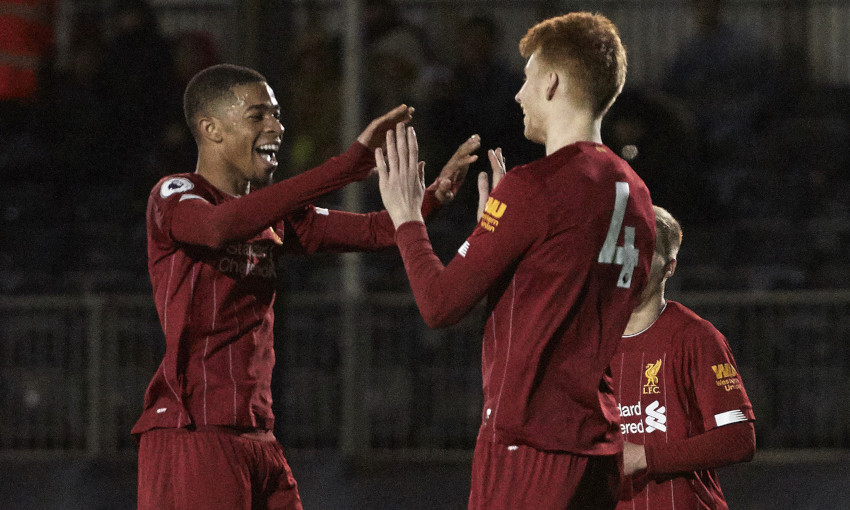 'Playing at Anfield was mesmerising - I didn't want to come off'

Liverpool U23s moved a step closer to qualification for the Premier League Cup knockout stages with a 3-0 win over Huddersfield Town on Friday night.

Goals from Liam Millar and Sepp van den Berg in the first half, and a third in stoppage time by substitute Joe Hardy, highlighted a dominant performance by Neil Critchley’s side, who could have scored more.

The visitors had their chances, too, but the Reds were good value for the victory and know a point from their final Group F tie – against Sunderland on Monday – will be enough to reach the last 16. 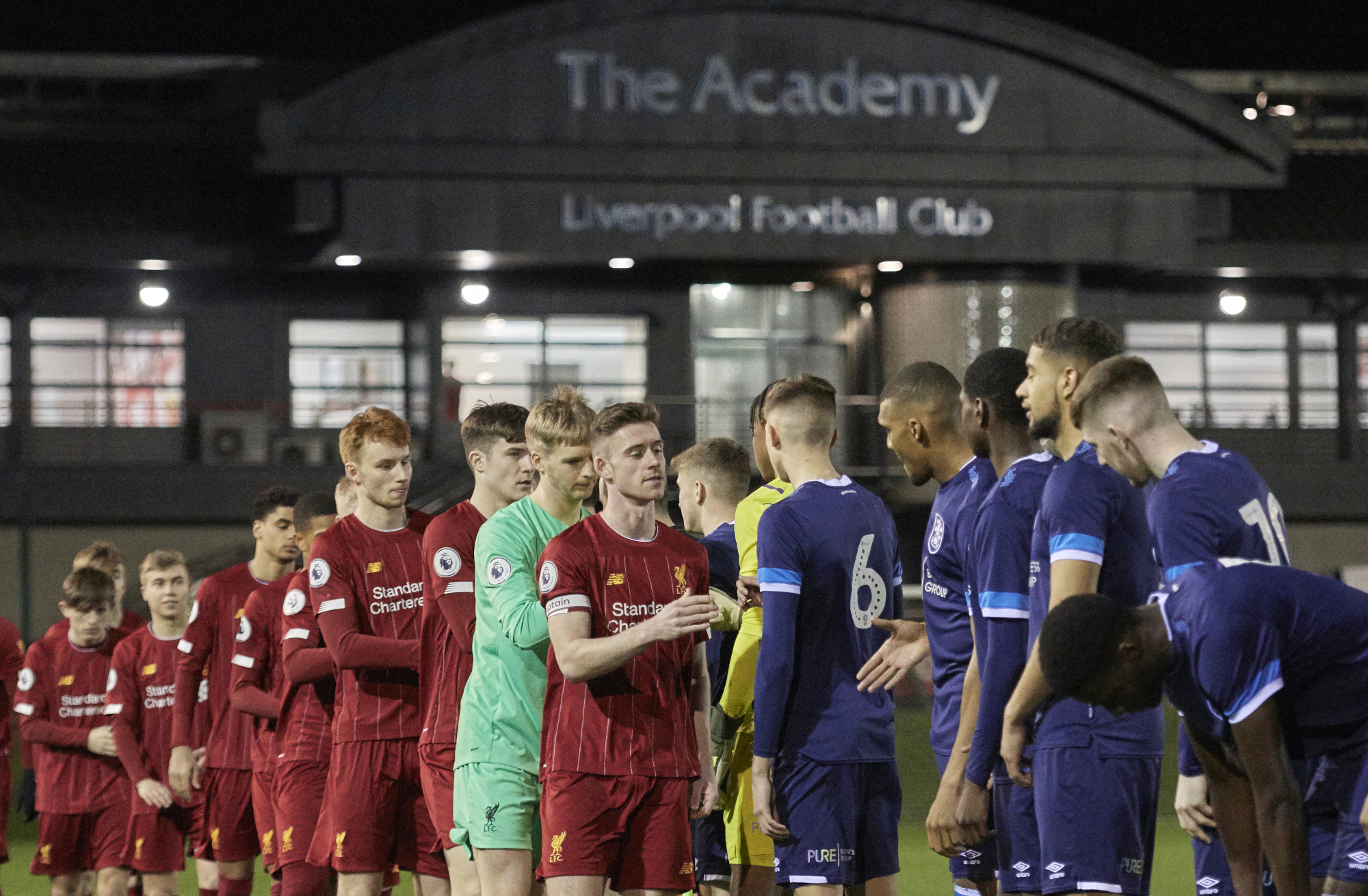 Amid the blustery conditions in Kirkby, the home team wasted little time in establishing control of the game and would be ahead by the quarter-hour mark.

Jack Bearne might have given them a lead with five minutes played but was thwarted by the outstretched gloves of Giosue Bellagambi as he tried to take the ball around the Huddersfield goalkeeper.

Liverpool were soon gifted an opener, though.

Town overplayed at the back and Mustapha Olagunju misjudged a pass to his goalkeeper, allowing Millar to steal in and nudge a finish inside the near post from yards out for 1-0. 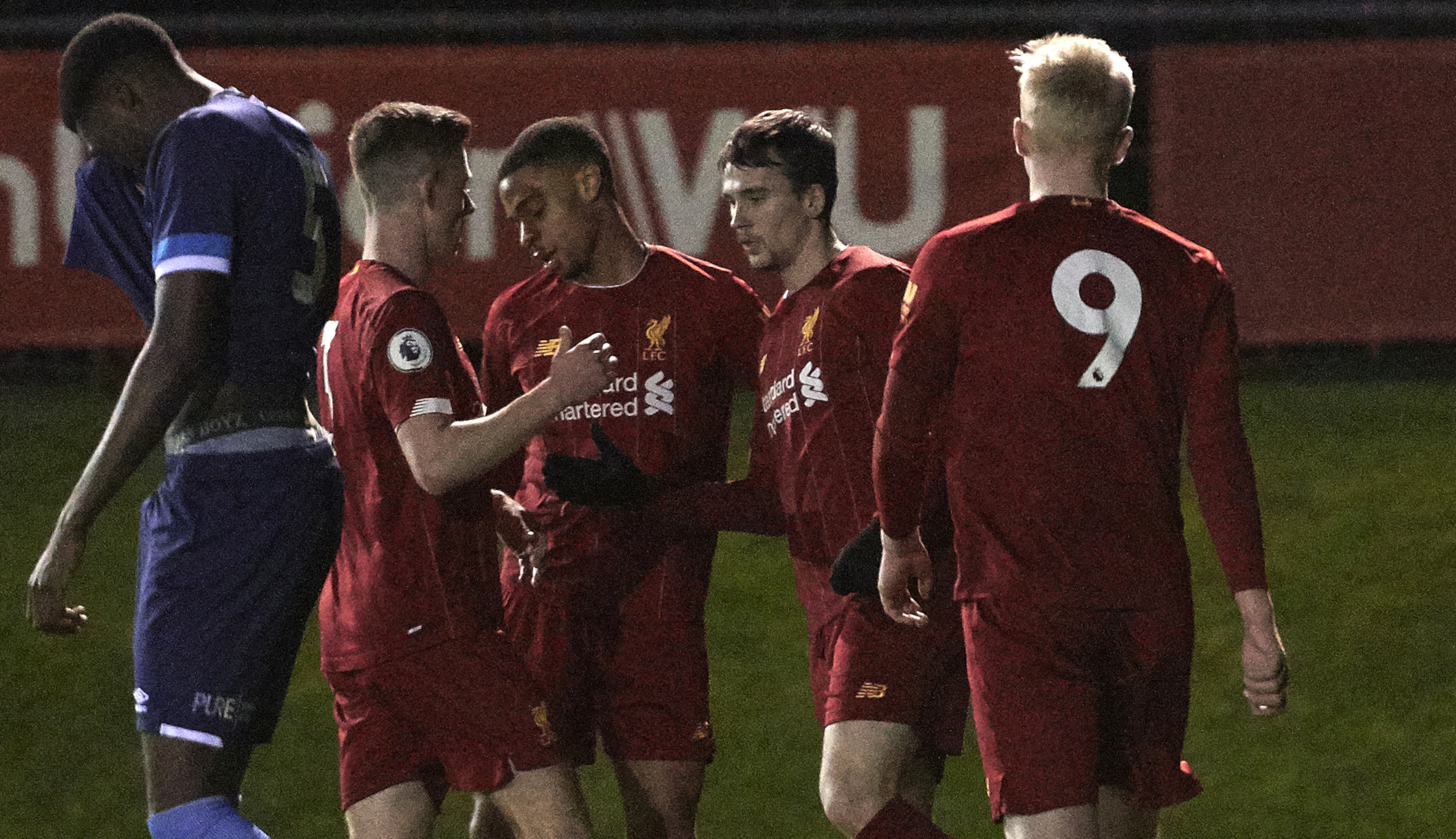 The breakthrough came partly, in fairness, as a result of the Reds’ ceaseless pressing high up the pitch and after continuing to dictate proceedings they struck again in the 32nd minute.

Jake Cain’s free-kick into the box from the right was fumbled by Bellagambi and fell to Van den Berg, who resembled a clinical striker when he picked out the bottom right corner with a calm finish through the pack of bodies.

Millar and Bearne each sent efforts wide in the space of a minute as Liverpool pushed for a third before the interval, though Huddersfield could also have halved their deficit.

Demeaco Duhaney, up from right-back, plotted a way through the Reds defence with a rapid series of passes but prodded his shot wide of the left post once a real sight of goal opened up.

There was still time in the first half for Bellagambi to twice deny Bearne, who first clipped one across goal from a narrow angle on the left and then saw a blast from the other side beaten out. 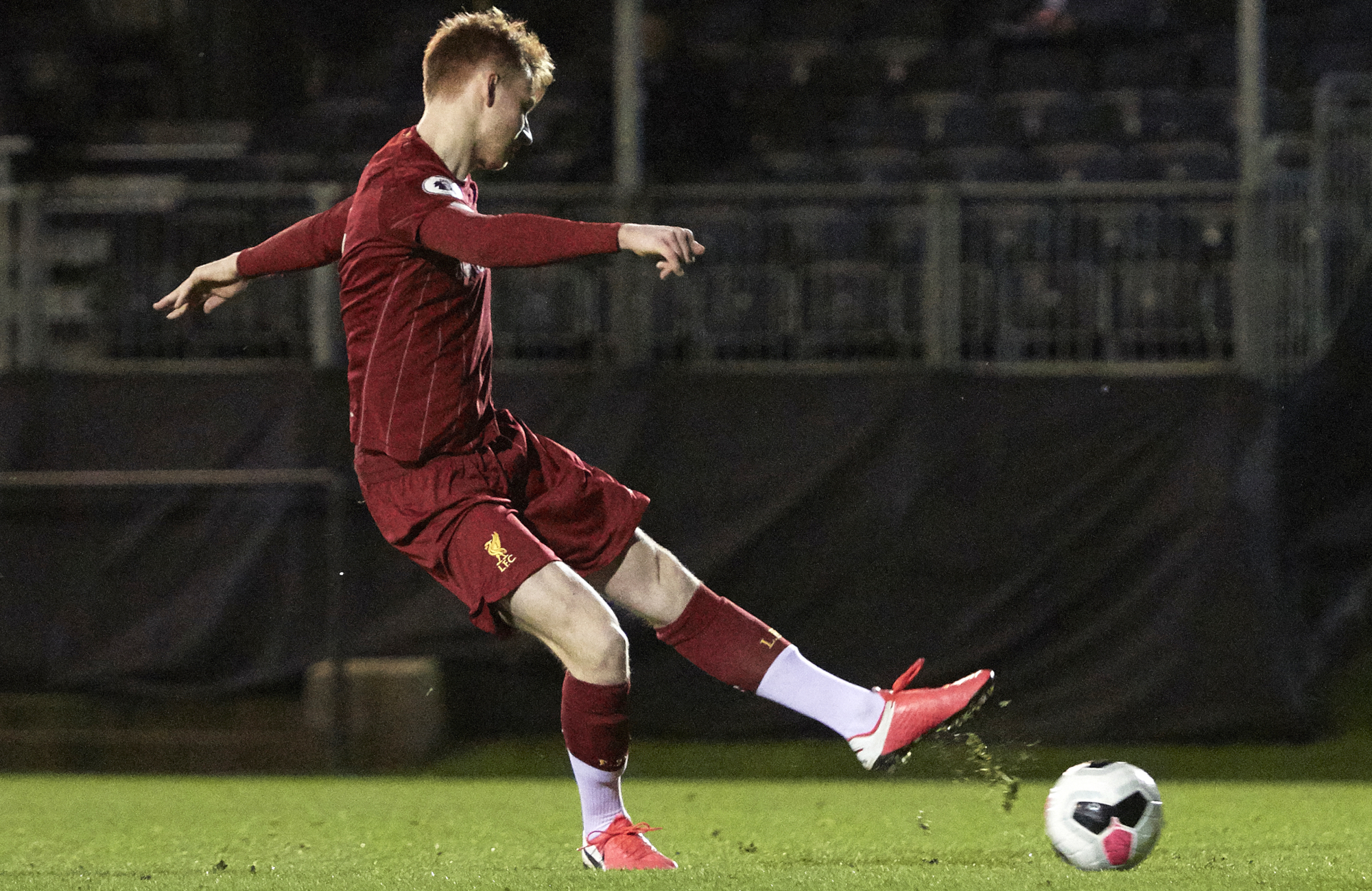 The flow of the opening 45 minutes resumed immediately upon the restart and Millar was unlucky to see a technically-excellent volley zoom inches over the crossbar.

The Canada international next presented Elijah Dixon-Bonner with a golden opportunity to make it three, the midfielder unable to touch his teammate’s driven delivery into the centre.

Cain was denied by a Bellagambi dive as he angled a low shot to the bottom corner inside the area, with no-one in red on hand to capitalise on the rebound.

For all Liverpool’s dominance, however, Huddersfield rued their failure to convert two clear-cut chances midway through the second half.

Scott High side-footed wide of the left post when found from a pull-back with time and space in the Reds area, before Kieran Phillips troubled Caoimhin Kelleher with the kind of high press that had been so profitable for the hosts.

Phillips snatched the ball from Kelleher inside the box and had an open goal ahead of him but, under physical pressure from the goalkeeper, clipped off target. Town claims for a penalty were ignored.

At the other end, Luis Longstaff coolly collected Tony Gallacher’s dinked cross from the left byline and whipped a looping hit off the crossbar.

The third finally arrived three minutes into stoppage time as Hardy, off the bench, tapped in on the follow-up when a crisp passing move saw Millar work Bellagambi.

Critchley’s charges, therefore, require only a point on Monday afternoon to secure a place in the Premier League Cup last 16.