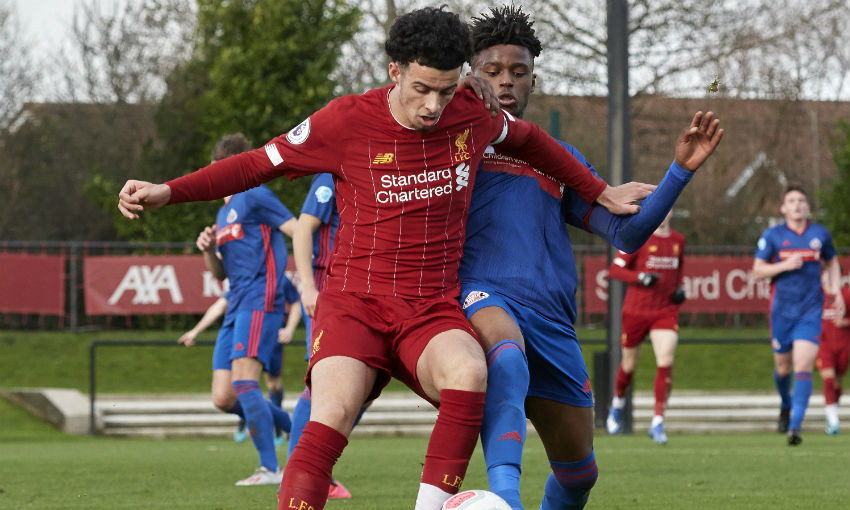 'Playing at Anfield was mesmerising - I didn't want to come off'

A Curtis Jones hat-trick helped Liverpool U23s beat Sunderland 6-0 at the Academy on Monday afternoon to qualify for the knockout stages of the Premier League Cup.

Jones netted three times within the space of eight minutes late on in the affair as the young Reds secured victory in their final match of the group phase.

Liam Millar opened the scoring early on in Kirkby before that was followed up by a second-half brace from Joe Hardy.

Neil Critchley's side were good value for the result and asserted their dominance all throughout the fixture that was played in challenging windy conditions.

Kick-off for the match was delayed by 15 minutes due to snow impacting Sunderland's journey to Merseyside.

And when the fixture did eventually get under way, it was the worst possible start for the visitors as they fell behind inside 120 seconds.

Good build-up play from the back by Liverpool eventually saw Harvey Elliott pick up the ball in a threatening area. The 16-year-old proceeded to play a defence-splitting pass to find Millar's run into the box, with the striker then poking beyond Anthony Patterson to give the Reds the lead. 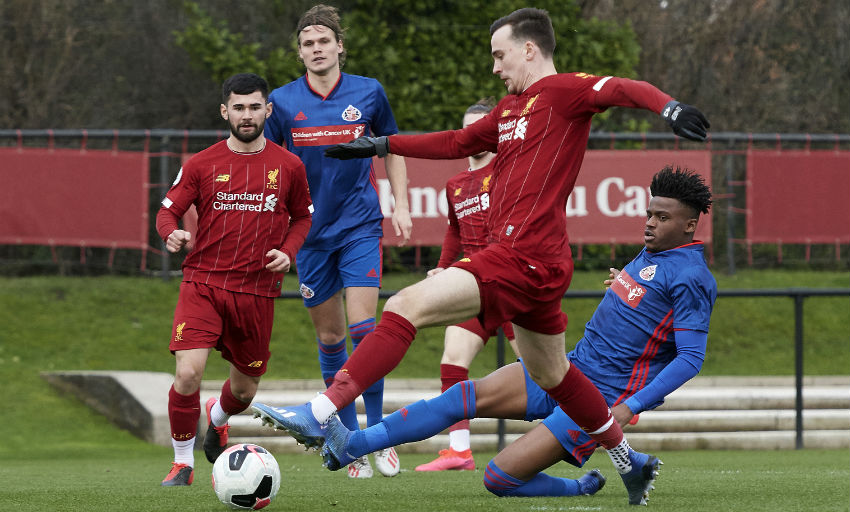 Hardy went close to adding a second with an acrobatic overhead kick that went agonisingly wide before Elliott had a goal chalked off for offside in minute 15.

A flurry of other opportunities to make it 2-0 soon followed as Adam Lewis went closest when he saw his header from Tony Gallacher's cross cleared off the line.

But for all the pressure Sunderland had been under during the opening 45 minutes, they managed to get to the half-time break with just a one-goal deficit.

The visitors then squandered two chances to level proceedings in the early stages of the second period. Striker Joe Hugill was twice denied by goalkeeper Vitezslav Jaros.

Those misses proved vital as Liverpool finally doubled their lead just past the hour mark.

Hardy pounced on a loose ball following good work on the right from Neco Williams and made his intentions clear by driving towards Sunderland's goal.

The 21-year-old rode a number of challenges before finding the bottom corner with an effort from the edge of the area.

He grabbed his second of the afternoon in spectacular fashion nine minutes later. Meeting Elliott's cross from the right, the forward sent a thundering volley past Patterson in the Sunderland goal. 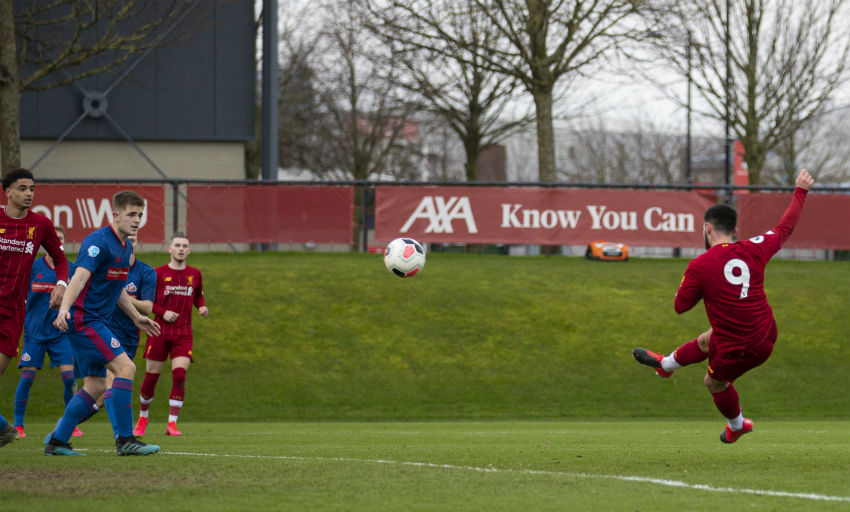 And there was still time for Jones to leave his mark on the affair.

The captain displayed neat footwork while dribbling in the final third and rounded it off with a left-footed blast that found the top corner.

Then, three minutes into stoppage time, the playmaker found the net again when he cut inside onto his right foot and sent a bending effort beyond Patterson.

Immediately following the restart, Millar pinched possession and advanced towards the left touchline. The striker put a ball across goal and there was Jones inside the six-yard box to tap in and complete the scoring.