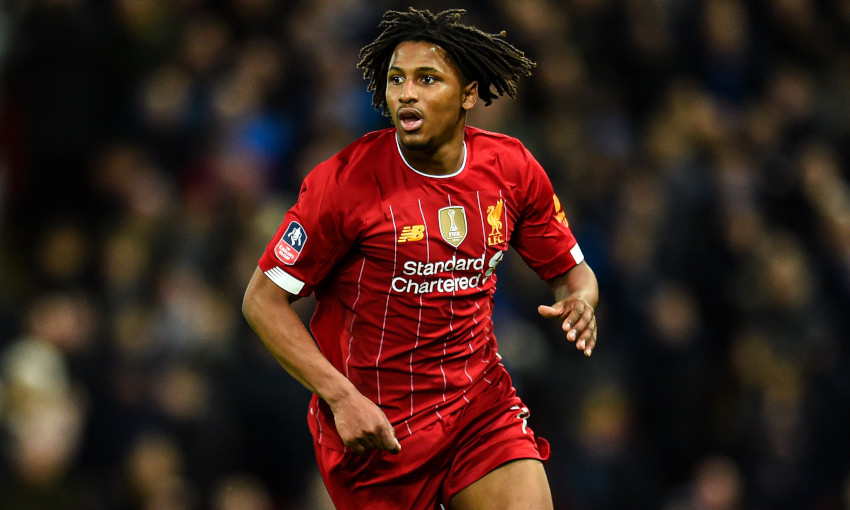 Yasser Larouci knows he has much to thank Barry Lewtas for.

Being asked to change your position, in his case from winger to left-back, can be a daunting challenge for any player.

But Lewtas’ vision and Larouci’s hard work have led to opportunities with Jürgen Klopp’s senior squad, a first-team debut, and a trophy lift.

The story begins in the pre-season of 2018, when, with Steven Gerrard having departed the Academy to take charge of Rangers, Lewtas took over as U18s manager.

Adam Lewis, one of the key performers at left-back in Gerrard’s team the previous season, had also moved up to the U23s.

Lewtas required a solution to fill the vacated spot – and he turned to Larouci.

It proved a masterstroke as the former Le Havre talent confidently added defensive responsibility to his attacking ability and sweet left foot in the new role.

By the end of the season, Lewtas’ U18s were lifting Liverpool’s fourth FA Youth Cup, with Larouci picked out by former Reds left-back Stephen Warnock as his Man of the Match.

“I remember Barry coming up to me and saying, ‘I want to try you as a left-back for this season’ and I just said, ‘OK’ but thought it would be difficult because I had never played in this position before,” Larouci tells Liverpoolfc.com.

“I had to learn the position but when I started to understand the game and what is needed when you play at left-back, I enjoyed it.

“I think it was a good move from Barry for me and I’m very grateful to him.

“Moving to left-back has helped me get my chance to play for the first team, so it was a good decision!

“I just want to continue working as hard as I can now to keep improving at left-back and see where it takes me.” 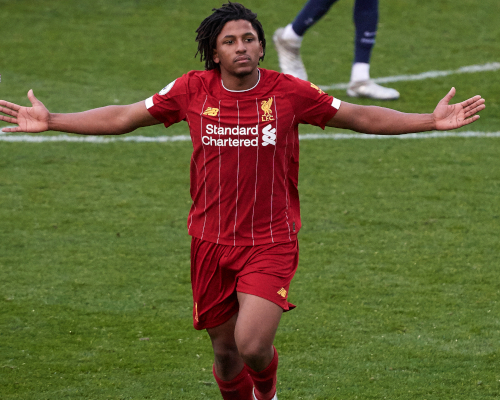 Despite the complexity involved with switching to a new position, Larouci didn’t have to look very far for a source of inspiration.

“Andy Robertson is one of the best left-backs in the world,” says the 19-year-old.

“I have had the opportunity to watch and train with him at Melwood and I have learned a lot. He is a good guy.”

Read on below for our full chat with Larouci about his Academy journey so far...

When James Milner indicated he couldn’t continue during the FA Cup tie with Everton in January, what did Jürgen Klopp say to you before you went on?

That was an amazing day. The boss just said, ‘Yasser, warm up quick, go out and enjoy it and play’. He just made me feel good and I was ready.

It looked like there were no nerves and you all played without fear – was that what it was really like for you?

I wasn’t nervous before the game because I didn’t expect to come on, to be honest. When I came on the pitch I wasn’t nervous but it was more when I came in at half-time and reality had sunk in that I was thinking, ‘Wow! I’m playing for the first team on my debut.’ It was fantastic to play in a derby in front of our amazing supporters at Anfield and they really helped us on the day. Our supporters make us feel special and it was fantastic to be part of a Liverpool team winning a derby at Anfield.

Were any of your family present or watching back home?

They were all watching back home. They were very proud when I spoke with them after the game.

What a goal from Curtis Jones, what a moment that was...

That was an amazing goal and the winning goal made it even more special. I play with Curtis in the U23s and he always scores a lot of goals like that.

Having missed both the Carabao Cup quarter-final at Aston Villa and the Shrewsbury Town game due to injury, is that Merseyside derby your highlight of the season so far?

I was frustrated to miss out on the Aston Villa game and then the Shrewsbury game because of injury, but I have continued to work hard in training and I got my chance against Everton. That was a day I will never forget.

How have you found Academy life and living in the city?

The Academy is a very good place and I really like the city. All the staff at the Academy look after us and they are always there for us, from the coaches to the staff in the kitchen, the physios – all of them. I live with house parents who have been fantastic with me. This is my third year with them and I get on very well with them. I’m really thankful for all the help and support they have given to me.

You started your Liverpool career in the U18s under the tutelage of Steven Gerrard – what was that like?

That was special. I knew about Steven Gerrard having watched him as a player so for him to be my coach was amazing and I learned a lot from working with him and Tom Culshaw.

The FA Youth Cup success last season – what are your memories of it? 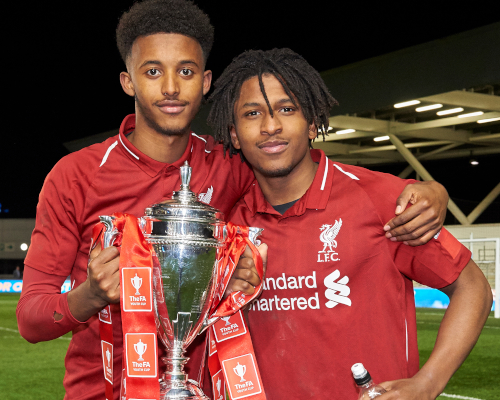 That was just an amazing experience. To win something is always good. It was a tough game and we beat Manchester City on penalties. We were very happy as an U18 group to win and it was special to win the FA Youth Cup. We did very well and we deserved to win.

You were then included in the first-team squad on the pre-season tour of the USA. Just tell us what that experience was like...

That was fantastic to get the chance to go with the first team to America in pre-season and play a few games. I was very happy to get my chance and play for the first team. I learned a lot from the experience and it was important to see the difference between professional football to U18 and U23 level. I remember being stretchered off in the game against Sevilla, which was a worrying moment for me, but thankfully the injury wasn’t too serious and I was able to play in the friendly against Olympique Lyonnais.

What are your hopes for the future at Liverpool?

Hopefully to get more minutes with the first team. I will work very hard to try to achieve that and see what happens.