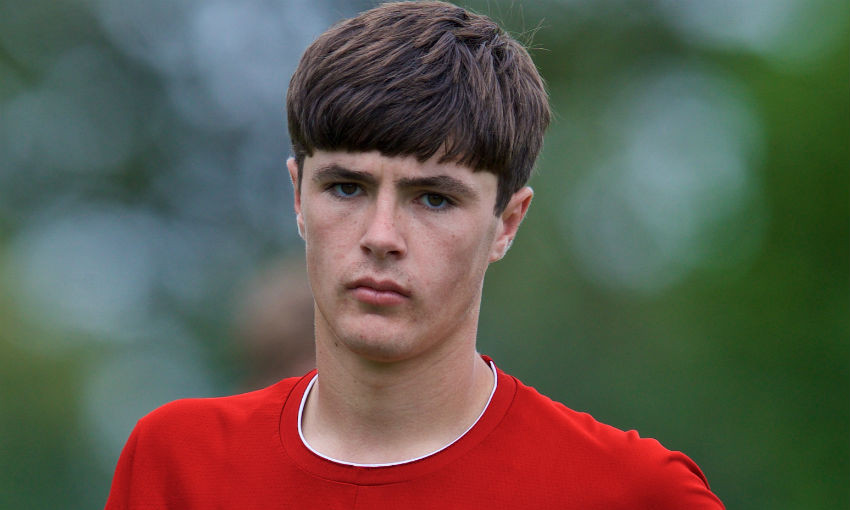 Glatzel and Sharif strike as U23s draw 2-2 with TNS

Layton Stewart netted a hat-trick as Liverpool U18s beat Crewe Alexandra 5-0 in a friendly at the Academy on Sunday.

The Scouse striker - who last month signed a new contract with the club - was joined on the scoresheet by Tom Hill and Mateusz Musialowski as the young Reds' pre-season preparations continued with a resounding win.

Hill opened the scoring shortly before the half-hour mark by converting Luke Chambers' cross in emphatic fashion, before Stewart's fine finish made it 2-0 after good work from Harvey Blair.

Marc Bridge-Wilkinson's team extended their lead on the stroke of half-time when Stewart pounced on the rebound after Conor Bradley's header had been saved.

Stewart completed his treble in the 62nd minute when he cut inside from the left and found the net with the aid of a deflection, and new arrival Musialowski's impressive cameo off the bench was crowned with a neat finish late on.