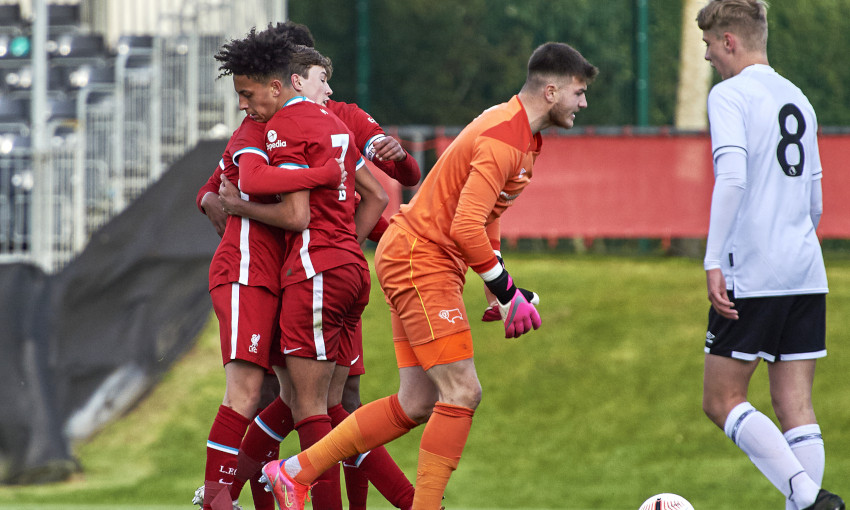 Liverpool U18s completed their 2020-21 league season with a 3-0 win against Derby County at the Academy on Tuesday evening.

Kaide Gordon put the young Reds in front with 10 minutes on the clock, deftly moving into the area and waiting for the right moment to lift his finish into the net.

Melkamu Frauendorf then deflected Tommy Pilling’s effort beyond the Derby goalkeeper on the stroke of half-time to give the hosts a firm grip on the game.

And Frauendorf added his second four minutes after the restart to ensure a successful end to a campaign that will see Liverpool finish no lower than third in the U18 Premier League North.

Marc Bridge-Wilkinson named a youthful side with 11 changes from the team that beat Arsenal in the Youth Cup quarter-finals last Friday.

But there was little, if any, disruption to their flow.

The game was only six minutes old when Derby’s Hugo Jinkinson had to make a last-ditch block inside the box to deny Pilling, who had been threaded through by Frauendorf.

Gordon afforded his former club no such opportunity shortly after, however.

Isaac Mabaya sparked the goal with a well-judged, curved pass around the Derby defence that invited Gordon to collect on the right flank before driving infield.

The No.7 coolly stepped past the recovering opponents as he dribbled and then kept his composure to guide a strike home for 1-0. 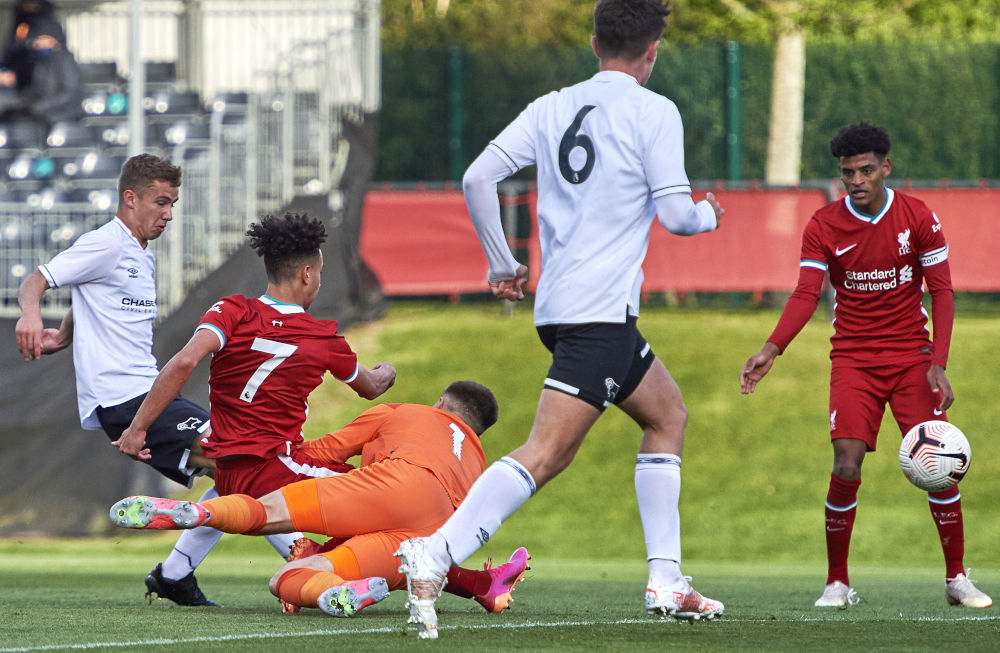 The visitors might have landed an immediate response as Bart Cybulski found a pocket of space, but Stefan Bajcetic shut the chance down with a timely tackle.

Luke Chambers forced Derby stopper Alfie Roberts to palm his low 20-yarder around the post with Liverpool continuing to set the tempo in Kirkby.

But they could, and probably should, have been pegged back later in the half.

A delivery from the right wing found Malik Mothersille free inside the Reds box, only for his close-range header to be directed straight at Fabian Mrozek, who tipped it over.

Instead it was the home side who added to the scoresheet before the interval.

Gordon’s free-kick from the left channel was cleared out to the edge of the area and Pilling, whose drive back towards goal hit Frauendorf and wrong-footed Roberts.

Liverpool’s energy and pressing continued at the start of the second half and a brave block by the Derby ‘keeper briefly delayed Frauendorf his second.

However, he was unable to thwart the same man within moments as Gordon’s precise low cross from the right-hand side was nudged over the line by Frauendorf. 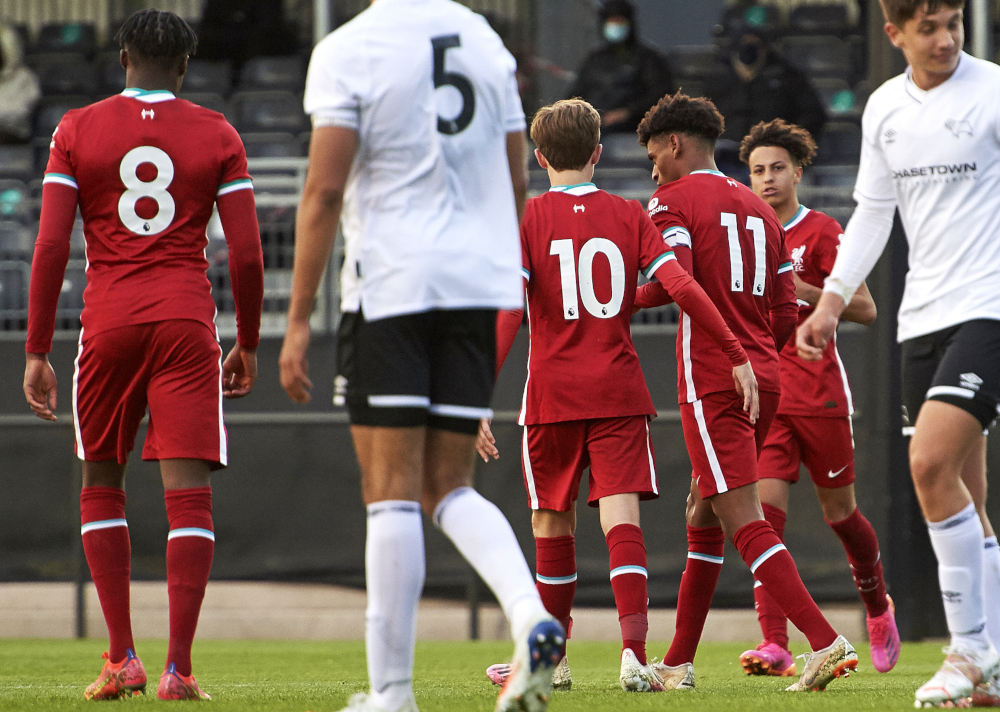 The Reds attacker looked set for a hat-trick midway through the period, only for Roberts to spread himself and block him at close range.

Gordon and James McConnell were also subsequently denied by the Derby custodian, either side of a promising Pilling headed chance that he flashed wide.

Mrozek made late saves from Cian Kelly and Harrison Solomon, preserving a clean sheet in Liverpool’s final U18 Premier League outing of the season.

The result lifted Bridge-Wilkinson’s team up to second place in the table on goal difference, though Manchester City still have three matches remaining this term.

The Reds, meanwhile, will now turn their focus to an FA Youth Cup semi-final against Ipswich Town later this month.