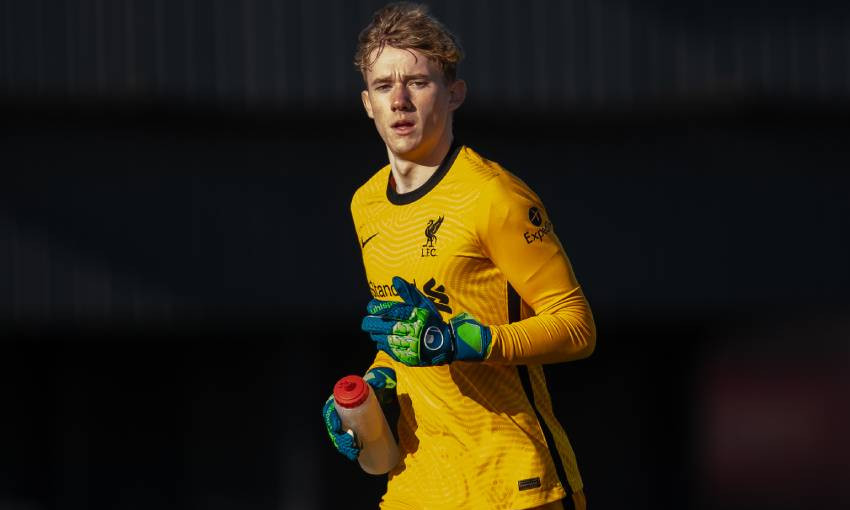 Liam Hughes has signed a new contract with Liverpool FC.

The goalkeeper joined the Reds in January to strengthen the U23 squad.

He made his U23s debut in a 4-0 win against Arsenal in February before being named on the bench for the first team’s game at Sheffield United the next day.

The 19-year-old is a Northern Ireland U21 international and has been called up for the last two senior squads, including last week’s meetings with Malta and Ukraine.