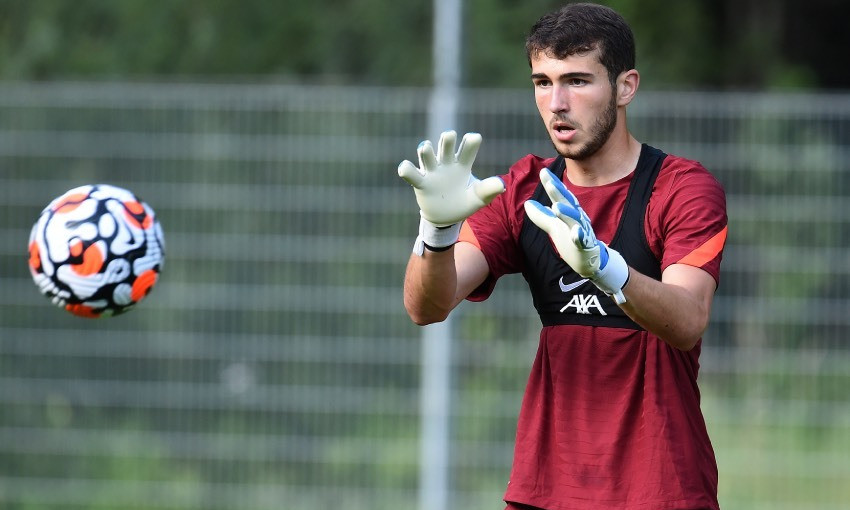 Harvey Davies is trying to soak up every second of his time with the Liverpool first team in Austria.

The young Scouser is one of five goalkeepers currently with Jürgen Klopp's squad for the pre-season training camp in Salzburg.

And for Davies, being around such experience and talent for an extended period of time is a learning curve that can only benefit his fledgling career.

The 17-year-old told Liverpoolfc.com: "I'm taking loads – the senior players are helping me out here and there.

"Adrian's taken me under his wing a little bit and trying to give me little bits of advice where he can, and same with Loris [Karius] as well. They're all top guys, Caoimhin [Kelleher] as well and I have good craic with him. But when it comes to work we know where we need to be and what the level's at.

"But it's really good for me as a young 'keeper – I'm the youngest 'keeper out here – and just learning as much as I can is so important and [it] will benefit me in my career as well. I'm trying to soak it all in really.

"It's really important because you've got the likes of Millie [James Milner], who's a leader and sets the example for everyone.

"As a young lad, it's really important to look and see what they're doing because he's had a career in the top flight of English football for so long and it doesn't come naturally. You've got to be like him basically to succeed. It's good. 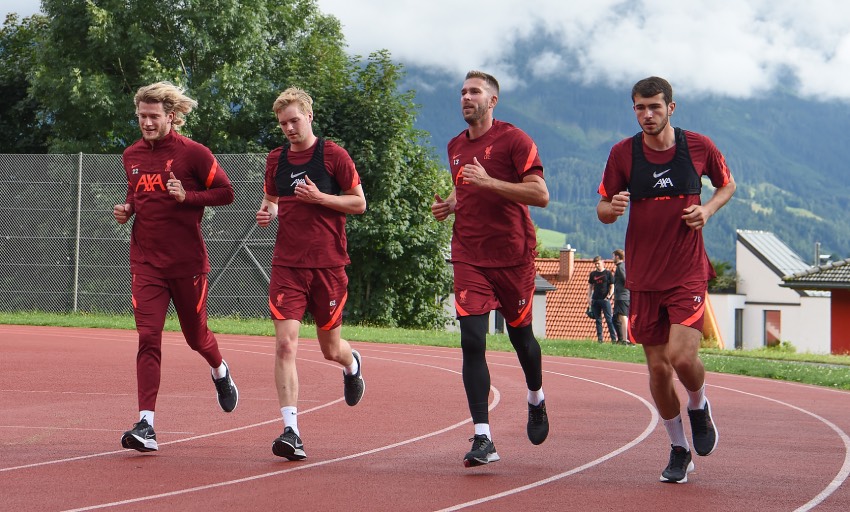 The intensity of the training camp has seen plenty of Liverpool's players recover by taking naps at the team hotel in between sessions.

But when not sleeping or out on the training pitches, Davies has been using his downtime to further sharpen his table-tennis partnership with Rhys Williams.

He continued: "After the first sessions, we've been going back to the room for a couple of hours and get your head down for a bit.

"We've been playing a bit of table tennis here and there with the boys. It gets a bit competitive and then after that you definitely need a sleep! We beat Pep [Lijnders] and Vitor [Matos] just then, so we're not too bad but we need to work on it a bit.

"Me and him have played quite a bit and I'm getting the better of him sometimes but it's all fun really."

Inside Training: Watch goals, games and gym workouts in Austria

Davies' participation in the Austrian training camp follows a landmark 2020-21 campaign for the stopper.

While helping Marc Bridge-Wilkinson's U18s reach the FA Youth Cup final, he was also named in the matchday squad for Champions League ties with RB Leipzig and Real Madrid.

Asked if he hoped the upcoming season could be more of the same, Davies replied: "Yeah hopefully, if things go my way again.

"I got a bit of fortune last season and then just took my opportunities when I could.

"I'm grateful for being put on the bench and the experiences I'll never forget. As such a young lad doing that in the Champions League, it was a really special experience."

'Being part of the squad in the Champions League was incredible'