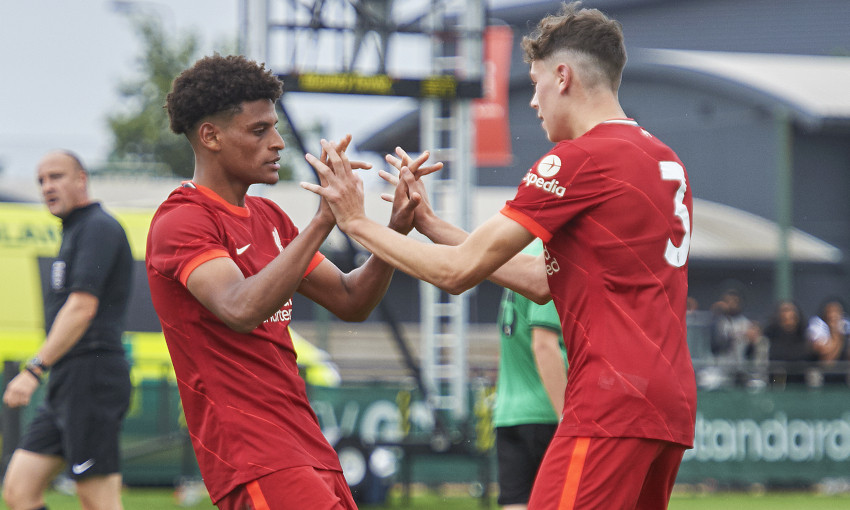 'Owen has performed really well when given the opportunity'

Liverpool U18s came from a goal down to claim a thrilling 5-3 win over Stoke City in their opening match of the U18 Premier League season on Saturday.

Having trailed inside two minutes in Kirkby, efforts either side of half-time from Melkamu Frauendorf and James Balagizi turned the tide back in the young Reds’ favour.

LFCTV GO: Watch the best of the Stoke action

The visitors had gone in front with just two minutes on the clock at the Academy.

Matty Lusakueno was the architect, making headway along Stoke’s left-hand side before guiding a ball across the box for Tezgel to finish beyond Harvey Davies.

Marc Bridge-Wilkinson’s Reds shook off the setback to grow into the game as the half progressed, with Frauendorf providing a frequent threat from a wide starting berth – and he brought his team level in the 32nd minute.

U16 player Josh Davidson sparked the attack with a clean tackle in his own half, allowing Balagizi and then Luca Stephenson to feed the ball forward to Frauendorf, who coolly dispatched from inside the box for 1-1.

Stoke almost restored their advantage instantly via the same combination that had produced their early opener. Again Lusakueno set up Tezgel but this time his first-time attempt clattered the post.

Liverpool surged clear on the scoresheet after the interval. 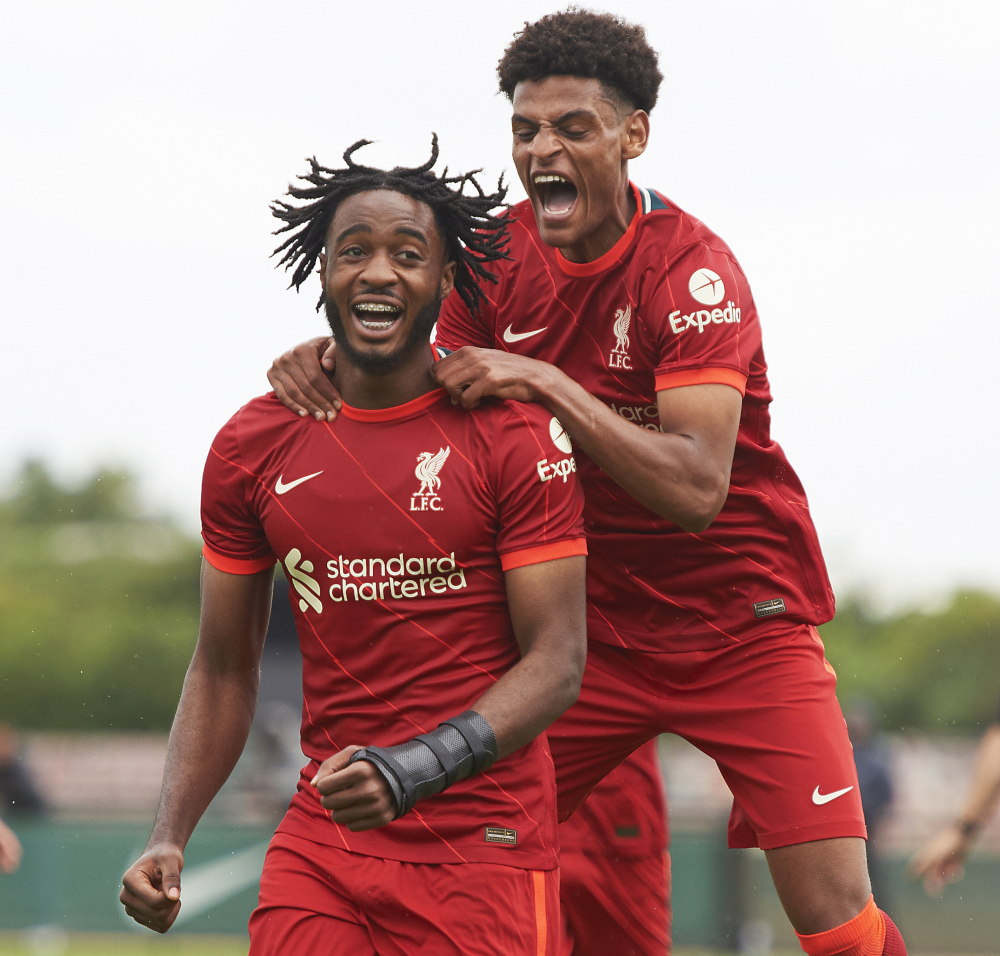 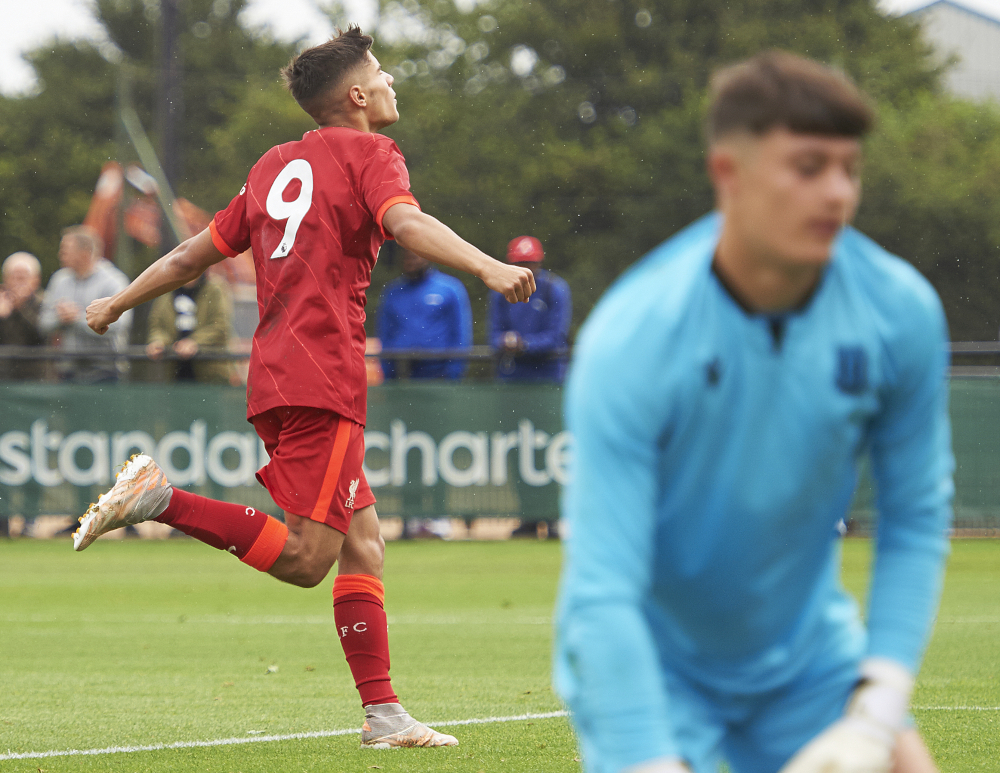 First, Balagizi completed the turnaround on 54, driving through the midfield and subsequently slamming a shot past the goalkeeper once Frauendorf’s initial hit was well stopped.

Cannonier stretched the lead from the penalty spot with an hour gone, Davidson having been felled in the area, and quickly claimed his second and the Reds’ fourth with a finish into the top corner following more incisive approach play and a cutback by Balagizi.

Bridge-Wilkinson’s charges were not satisfied and Jonas got in on the act with an outstanding low effort drilled into the bottom corner to make it 5-1 with little over 15 minutes to play.

Stoke responded in kind and Tezgel helped himself to a hat-trick in the closing stages, converting a spot-kick and then breaking through to send his third of the day past Davies.

But Liverpool’s clinical display earlier in the half had secured the three points and a positive beginning to 2021-22 for the U18s.