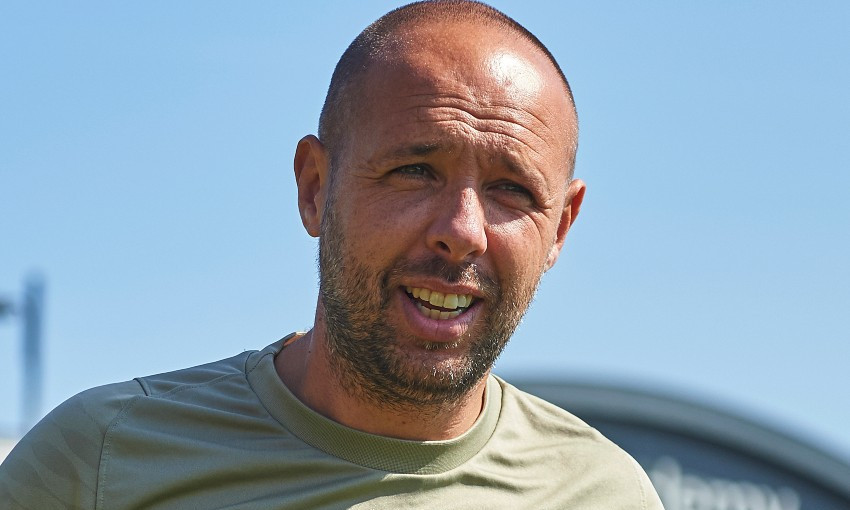 Liverpool U23s fell to their first Premier League 2 defeat of the season with a 2-1 reverse at Tottenham Hotspur.

Kaide Gordon gave Barry Lewtas’ side an early lead in Saturday’s match at Stevenage’s Lamex Stadium, but Alfie Devine equalised just after the half-hour mark and then grabbed an 81st-minute winner for Spurs.

Lewtas told Liverpoolfc.com: “We came up against a really good Tottenham team today so fair play to them, they kept the ball really well. I thought we had a few good moments, we started the game really well and scored.

“They grew into the game and had good spells of possession, but I thought we managed it quite well. I’m probably a little bit disappointed that we couldn’t maintain the periods of possession, there were a few too many turnovers, but the game didn’t lack any honesty from us and we lost it just at the end.

“Obviously we’re disappointed but there are lots of positives to take. It was a young team out there today.

“A few of the lads are new to this level [and] the speed of the game, so in real key moments we needed to maintain possession of the ball better and I think that would have given us that little bit more control and a bit more of a foothold in the game. It would have allowed us to grow into the game a bit more.

“I think there were plenty of opportunities for the lads to learn and that’s what it’s about. Obviously we’re disappointed to lose but I think we will get better from this game. They’re a real good set of lads and we’ll definitely improve and grow from this.”