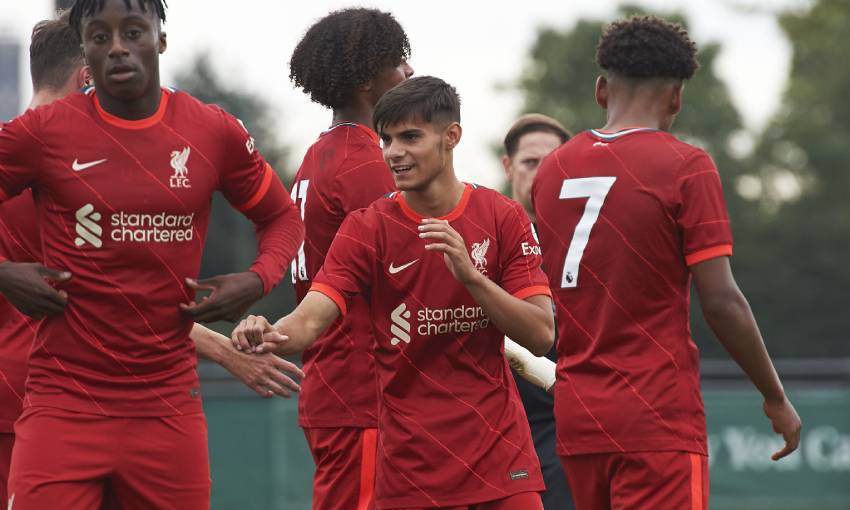 An Oakley Cannonier hat-trick fired Liverpool U18s to a 3-2 victory over Crystal Palace in their opening game of the Premier League Cup on Saturday.

The 17-year-old striker continued a rich vein of form to take his goal tally to nine in just five competitive appearances this season.

Cannonier's first-half pair, followed by an emphatic third in the second period, was just enough for the young Reds to keep a spirited Palace side at bay at the Academy. 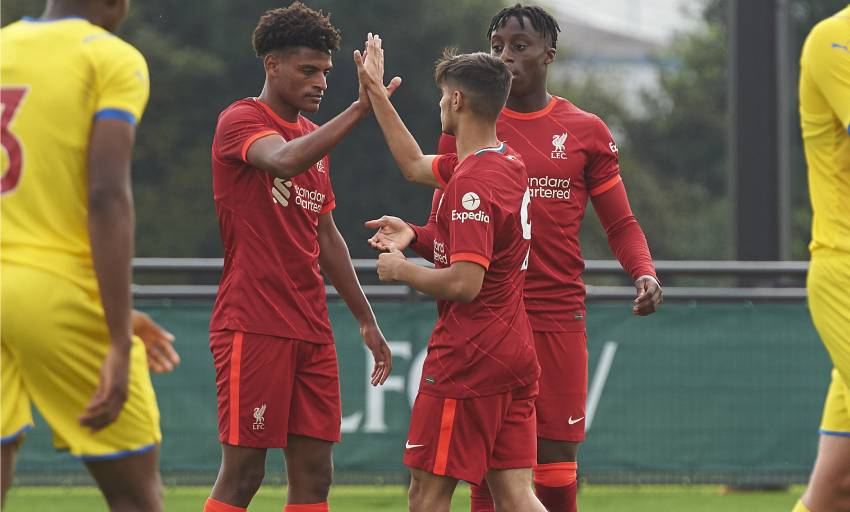 Cannonier was on the mark within the opening 10 minutes after a good run down the right from the returning Isaac Mabaya. Melkamu Frauendorf provided the assist before Cannonier found the bottom corner.

Harvey Blair was looking lively and forced a good save from Owen Goodman in the visitors’ goal, while the ’keeper also got his angles right when Luke Chambers blasted at goal from a narrow angle.

Hesitation in the home defence almost allowed a Palace equaliser but Jadan Raymond’s effort was too high.

Most of the play was in the Palace half, however, and when Frauendorf slid in Blair, it took another good save to deny the Reds a second.

It did arrive 10 minutes from the interval, though, and it was all down to a spirit of adventure from centre-back Stefan Bajcetic.

The Spaniard saw space in front of him and carried the ball from well within his own half before drilling a shot low on goal. Goodman could only parry and Cannonier showed his striking instincts to pick up the loose ball and slot home. 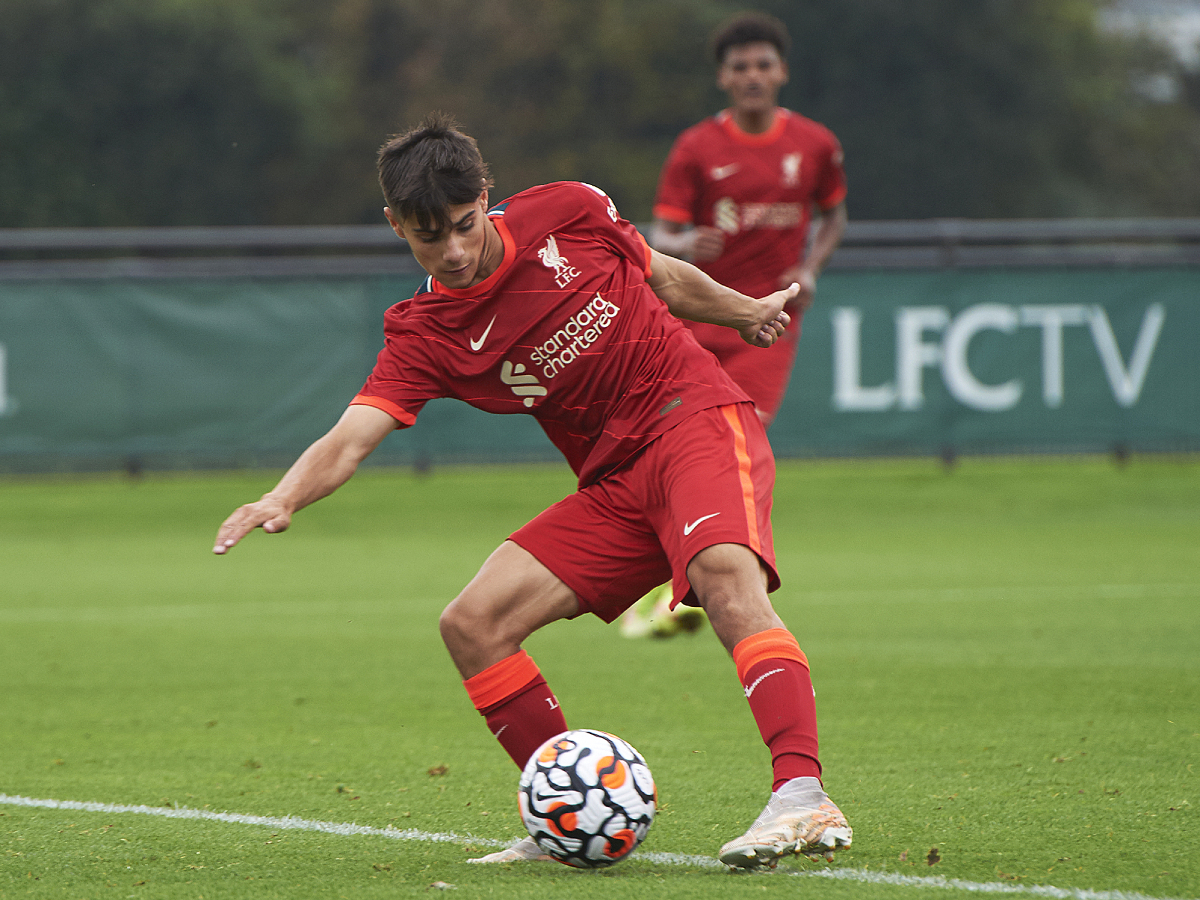 It looked like Liverpool might continue their dominance with the first second-half action seeing the overlapping Chambers find Bobby Clark in the box, but his shot was deflected wide.

But Palace found a route back into the game with 50 minutes gone, a cross from the left headed home by Raymond.

The visitors grew in confidence and began to exert some pressure but it looked like it would all be in vain when Cannonier completed his hat-trick with just over 20 minutes left.

James Balagizi stole the ball high and when he squared it inside, Cannonier rifled a shot past Goodman with the confidence of a striker at the top of his game. 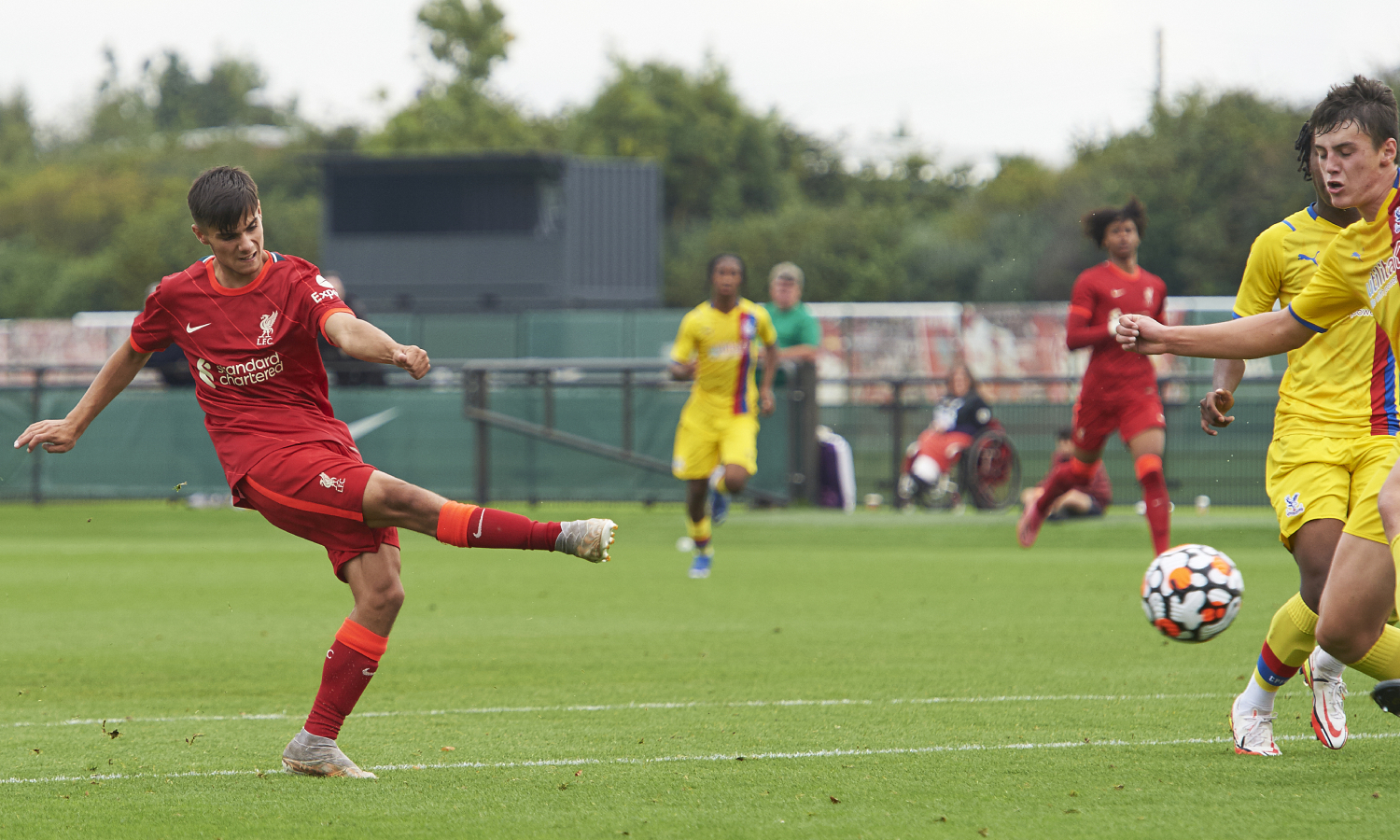 The two-goal advantage was restored for just three minutes, however, with Palace grabbing a second in almost identical fashion to their first. The cross from the left was this time headed home by the towering Ademola Ola-Adebomi.

Both sides had chances in the last 15 minutes, Fabian Mrozek making a key save when Balagizi lost the ball in midfield, and Blair firing over at the other end.

Fittingly, though, it was Cannonier who came closest, latching on to a fine ball from Frauendorf and rounding the 'keeper before being brought down just outside the box when he looked likely to add to his tally.

Palace pressed but the young Reds defended stoutly to preserve their win, with Chambers impressive at left-back in several one-on-one situations.