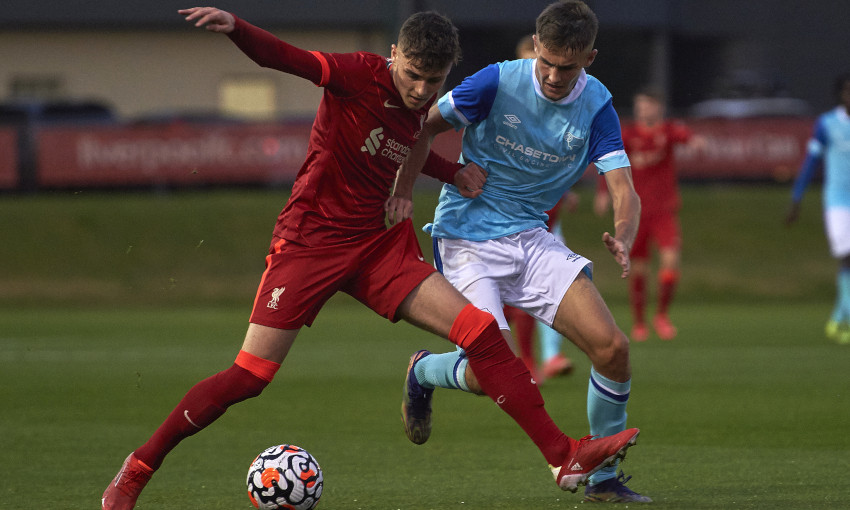 Liverpool U18s were beaten for the first time in 2021-22 as they suffered a 3-1 defeat against Derby County at the Academy on Tuesday night.

Oakley Cannonier’s 10th goal of the season had drawn the young Reds level in the first half, but two Derby counters after the break secured all three points from the U18 Premier League clash.

There was a fairly frenetic start to the game in Kirkby, with both sides looking dangerous – though it was the visitors who took the lead on five minutes.

Zion Dixon, a late addition to the line-up, dragged a shot towards goal and while it lacked power it was placed well enough to hit the post and cross the line.

Liverpool regrouped and began to create their own opportunities, Isaac Mabaya crossing from the right for Iwan Roberts to head over, before a fine run from Bobby Clark was only stopped by a foul on the edge of the box. Captain Luca Stephenson’s free-kick was too high, however.

Cannonier has been in outstanding scoring form this term and the striker almost levelled midway through the half.

A high press won the ball for the Reds and when Melkamu Frauendorf crossed from the right, the 17-year-old’s shot on the turn rolled agonisingly wide.

Seconds later, a fine pass from the back released Mabaya on the right and he looked to have Cannonier free in front of goal, but an excellent interception from Charlie Rutt cleared the danger.

The hosts were well on top now, with Luke Chambers overlapping dangerously on the left, and Roberts coming into the contest down the same side. And it was a corner won by the latter from which the equaliser duly arrived.

Derby failed to clear the initial set-piece and when Stefan Bajcetic drilled the ball back across goal, Cannonier was in the perfect spot at the back post to turn it in. 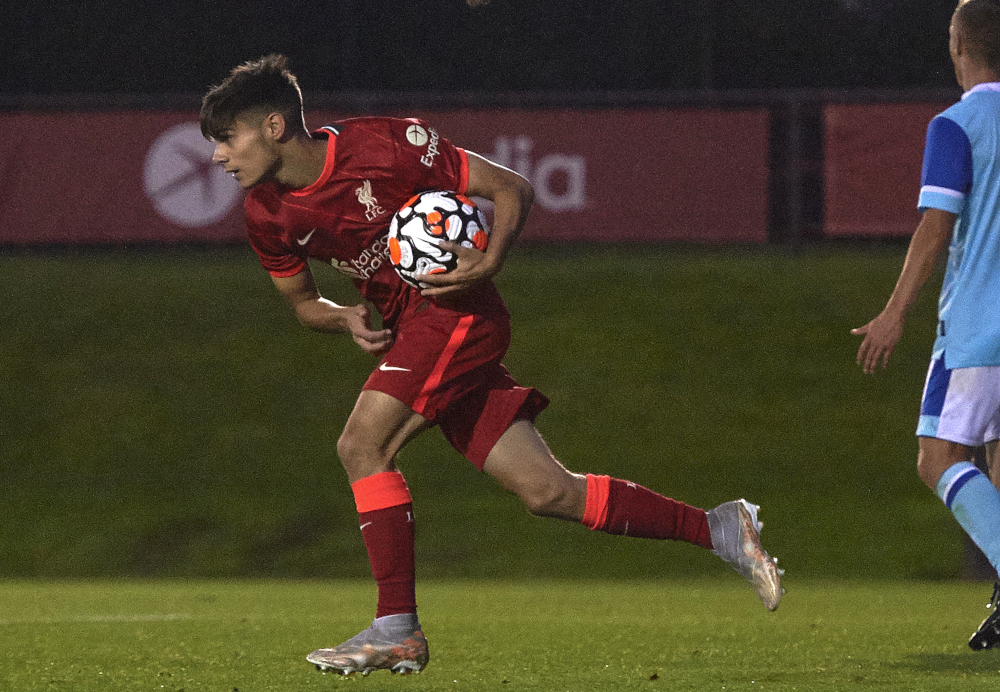 There were further chances at both ends before the half-time whistle, Clark’s goalbound effort deflected wide for the Reds while Dixon blazed over from a good position in front of Fabian Mrozek.

Cannonier looked to have given the home side the lead within two minutes of the restart, cutting inside a defender and poking the ball past visiting goalkeeper Alfie Roberts. A clearance off the line cut short any celebrations, though.

Jayden Danns arrived from the bench for his U18s debut, replacing Cannonier just after the hour, and with his first touch teed up Frauendorf for a terrific low effort that curled just past the post.

Within five minutes, however, Derby had regained the advantage. A rare break from the away team allowed Bayo Fapetu to fire past Mrozek.

Danns was in a great position to attack a fine cross from Chambers but headed over, while Fapetu met a corner at the other end with a powerful header but it was too high to bring his second.

Substitute Wellity Lucky found space in the box to head just wide from a corner for the Reds inside the last 10 minutes and Clark twice went close as Marc Bridge-Wilkinson’s side piled forward in a storming finish.

Those efforts were always likely to leave them open to another break, though, and on 90 minutes Sam Sebagabo beat Mrozek to seal the win for Derby.