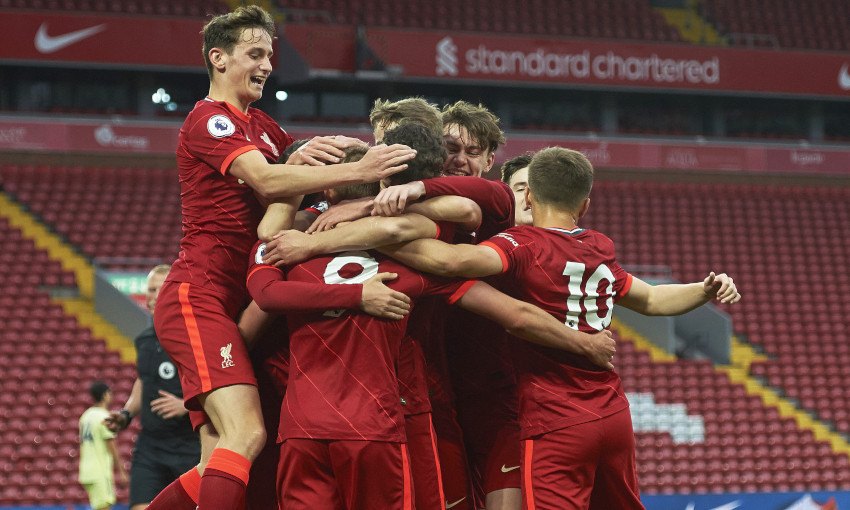 Liverpool U23s rose to their opportunity of playing at Anfield by beating Arsenal U23s 3-0 in their Premier League 2 clash on Saturday.

After a goalless first half in L4, the young Reds surged to three points following the interval courtesy of a three-goal burst started by birthday boy Mateusz Musialowski.

Paul Glatzel, who is on loan at Tranmere Rovers but returned to feature for his parent club, doubled the lead with a fine solo goal and James Norris then wrapped up the victory. 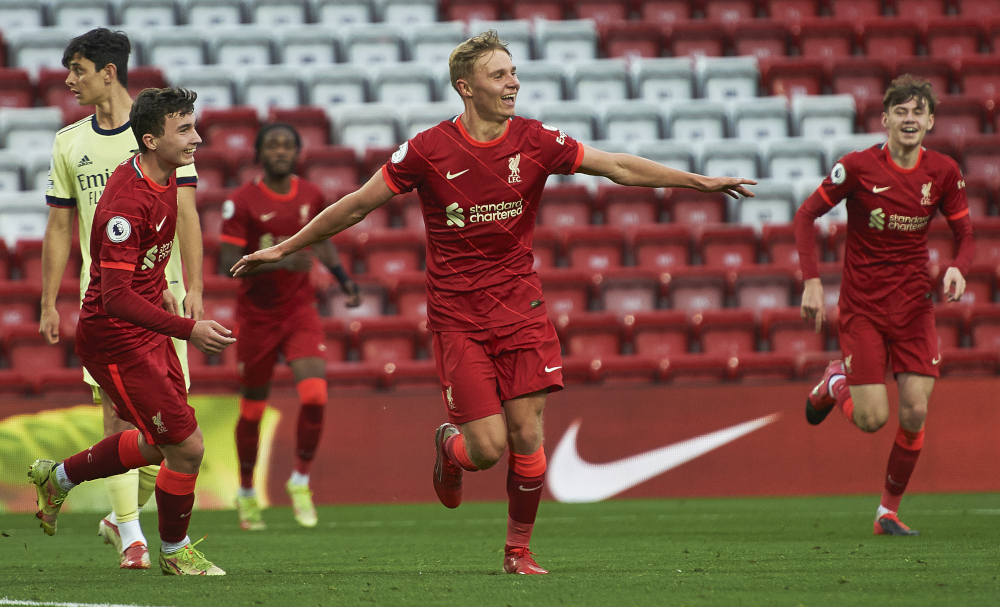 Barry Lewtas’ side created the better opportunities in the early stages of the contest as they sought to make the most of their runout at the senior stadium and respond to a run of four consecutive defeats in the league.

With seven minutes on the clock, Owen Beck and Norris combined down the left flank to serve up a shot for Musialowski that was deflected just off target.

The attacking midfielder, who turned 18 today, then curled wide at the Kop end on the quarter-hour mark after slick approach play by Glatzel and Beck.

Liverpool needed a crucial double intervention from their goalkeeper midway through the half, though.

First, Harvey Davies brilliantly kept out an effort from Omari Hutchinson and the stopper reacted quickly to deny Salah-Eddine Oulad M’Hand on the follow-up.

Tyler Morton saw a deflected strike drift inches the wrong side of the post as the half-time break neared and the sides headed back into the dressing room in stalemate.

The home crowd on the Kop warmly welcomed the club’s U8s squad for a mini training session during the interval – and they would soon have cause to celebrate. 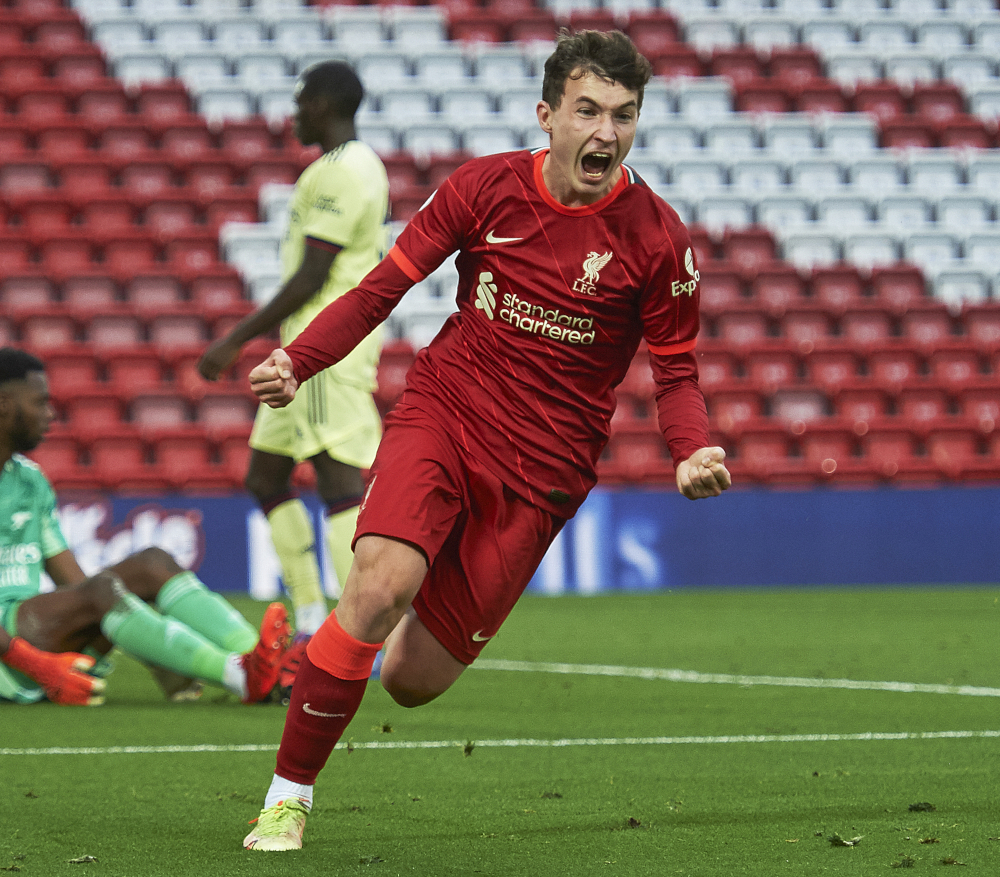 Nine minutes after the restart, Glatzel’s clever flick invited Musialowski to run at the Gunners defence and he took full advantage to guide a finish beyond Arthur Okonkwo.

One became two almost instantly and this time Glatzel netted himself, the striker showing tremendous footwork to beat three opponents as he moved in from the right and finding the net.

And Norris soon put paid to any hopes of a comeback for Arsenal and ensured a memorable result for Lewtas’ team on their Anfield experience.

He took possession from Tim Akinola and ran through on the Gunners goal, before showing his composure to send the ball past the ‘keeper, ensuring his side’s winless PL2 run ended in emphatic style. 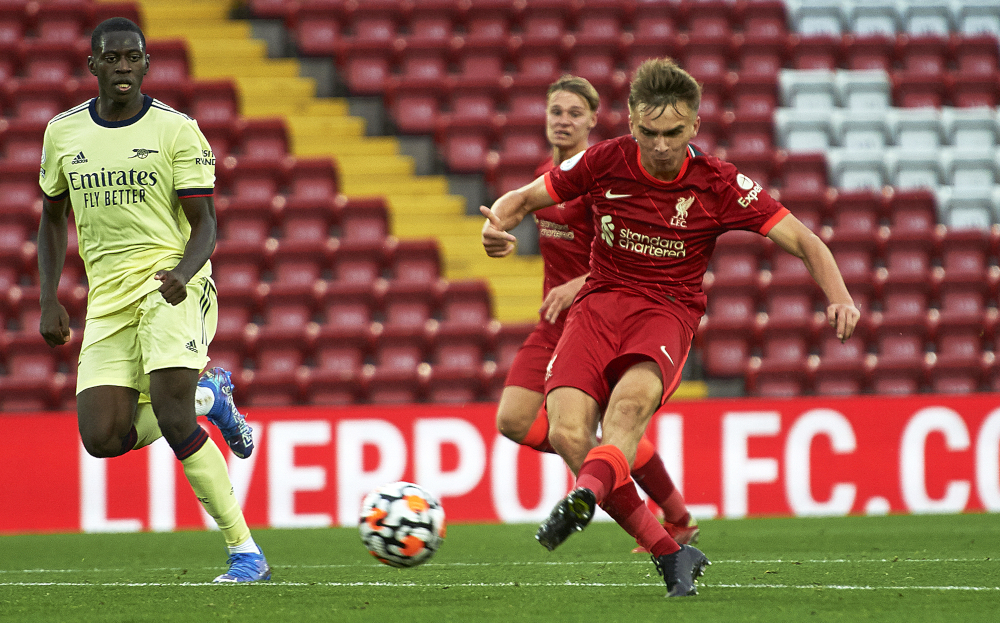