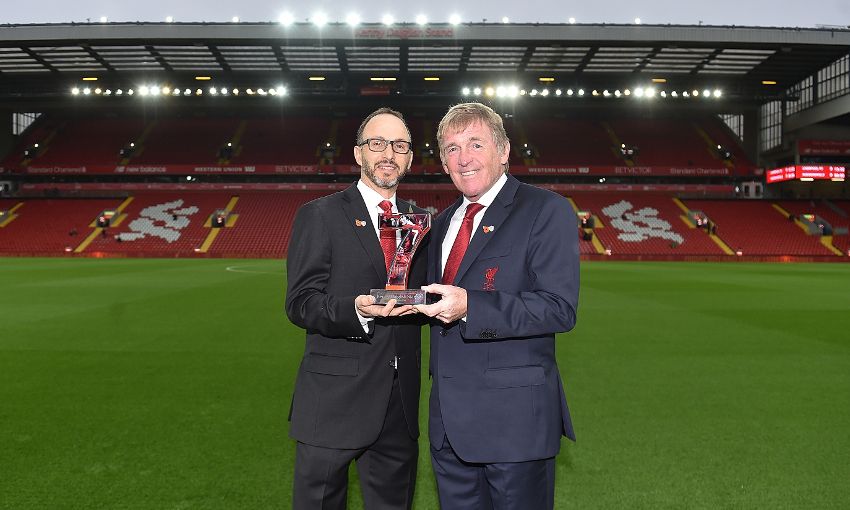 Kenny Dalglish was presented with a special memento on behalf of Fenway Sports Group ahead of Saturday’s Premier League fixture with Huddersfield Town at Anfield.

FSG president and owner Mike Gordon handed over the No.7 tribute to celebrate the opening of the Kenny Dalglish Stand as well as to commemorate the legendary Scot's immeasurable contribution to the Reds, both on and off the field, over the last four decades.

"It is a huge privilege for my family and myself to have the stand named in our honour and I can't thank FSG enough for that," said Dalglish.

“The unveiling ceremony was an extremely proud moment for me and the best thing of all was that I was able to celebrate it my family. Tom, John and Mike were kind enough to understand the importance of that and made it possible by allowing the unveiling to take place on a day when we could all be there, even though that meant they were unable to be present.

"It was great to have the opportunity to catch up with Mike today and the memento he presented me with on behalf of FSG will have a special place in our hearts."

The Kenny Dalglish Stand renaming ceremony took place on October 13, with fans occupying it for the first time under its new title the following day during the Premier League fixture with Manchester United.