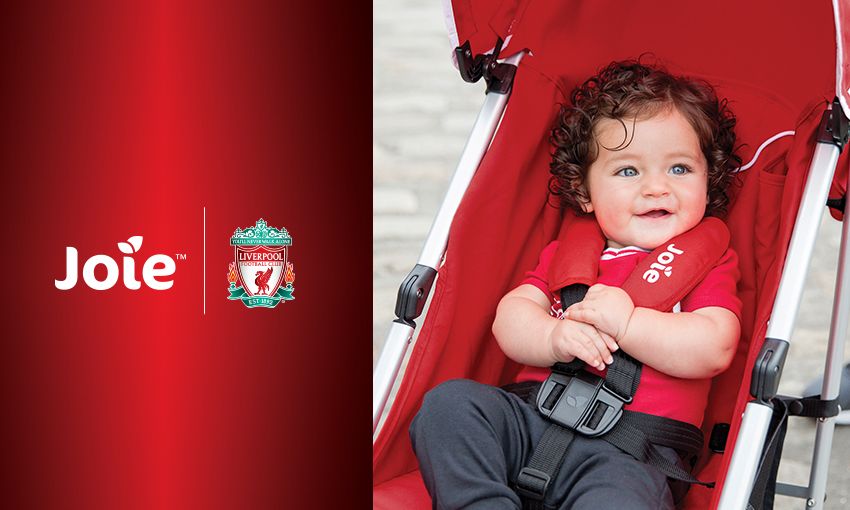 Liverpool FC has today announced it will be extending its partnership with its official family partner, Joie.

Joie has been a partner of the Reds for three years, since 2017, during which time it has worked closely with the club’s Red Neighbours programme and its official charity, LFC Foundation, to deliver a host of family-focused events and once-in-a-lifetime experiences.

Supporting Red Neighbours’ Breakfast Clubs has helped to provide local families with activities and nutritious food during the school holidays and Joie has helped to deliver a dedicated Special Educational Needs programme at Millstead Primary School through LFC Foundation, as well as creating unforgettable memories for two deserving families through its Dream Ticket campaign.

To celebrate the extension of the partnership, Joie has teamed up with LFC Foundation to bring a very special surprise to one local family, who have never enjoyed the opportunity to visit Anfield.

Nine-year-old Ste Slocombe and dad Stephen Lynch, who have taken part in the Foundation’s inclusive Kicks programme, were given a much-deserved treat when they received an unexpected phone call from Michael Owen, who had further surprises to follow.

The former Liverpool striker broke the exciting news to the family that they have been invited to an unforgettable experience at Anfield once supporters are allowed back into the stadium.

Ste has autism and struggled with his social skills before he first joined the Kicks programme last year. Having never played football before, he now actively takes part in the sessions each week and has even started playing for the team in the competitive disability leagues, representing LFC Foundation.

Matt Scammell, commercial director at Liverpool FC, said: “During the last three years, our partnership with Joie has helped to bring unforgettable experiences to some of our deserving fans and families, who have each been battling through difficult times.

“Joie is a brand that really embraces and promotes family values, echoing perfectly the philosophy of Liverpool Football Club. We are very much looking forward to continuing this important work with Joie, as well as offering our fans new and exciting products for young fans and families through the partnership.”

David Welsh, managing director at Joie, said: “It has been an honour to work with such a community-focused club over the last three years, and we are all very excited to see what our partnership can achieve next. We want to continue to support local families through the club’s various outreach programmes, ensuring that the beautiful game is accessible to all.”