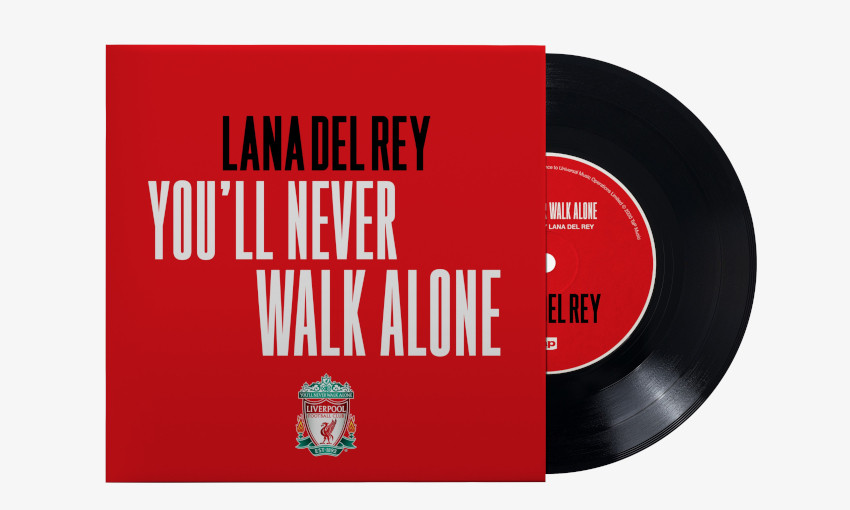 LFC Foundation, the Reds' official charity, will be the beneficiary of profits from the sales of the official soundtrack of feature-length documentary The End of the Storm.

Project-managed and released via TaP Music, the soundtrack will be available digitally from Friday December 4, following the documentary’s release on Monday November 30.

The Del Rey recording will also be released on limited-edition seven-inch vinyl, produced by TaP Music and available exclusively on LFC platforms and Del Rey’s website. The vinyl is available to pre-order from November 30 and will be available in LFC stores from Friday December 11.

At the end of a storm, there's a golden sky... You’ll Never Walk Alone ❤️ @LanaDelRey x @tapmusic have teamed up… https://t.co/rbqo3lrpN7

Funds generated by the sales of the vinyl and digital soundtrack will enable LFC Foundation to further support its inclusion and disability football programmes, initially in the Toxteth area of Liverpool and then other high-need areas across the city as the initiative develops. These programmes will increase the diversity among participants within LGBTIQ+, gender, ethnicity, faith and disability groups, and will include free weekly coaching sessions, holiday camps and community football festivals.

Matt Parish, director of LFC Foundation, said: “We’re really delighted to be working with TaP Music and their artists on the soundtrack and limited-edition vinyl for The End of the Storm.

“This will raise important funds for the LFC Foundation, which will enable us to continue to help so many young people across our city at a time when they really need it most.

“You’ll Never Walk Alone means so much to everyone connected to the club and to hear it sung like this by Lana Del Rey is extremely moving.”

The End of the Storm soundtrack release has been project-managed, produced and funded by TaP Music as part of TaP Futures, its not-for-profit arm which encompasses all fundraising, grant-making and youth programme activities. TaP Futures was established in 2020 to provide opportunities for disadvantaged young people across the creative industries – with a focus on music, sport and fashion.

“TaP are incredibly proud to have worked with the LFC Foundation to bring the worlds of music and sport together for such a memorable release and for such an important cause. It’s a pleasure to do all we can to help in such a challenging time for so many,” said TaP co-founder Ben Mawson.

The film, which tells the story of the club’s Premier League title win and the 30-year wait to get there, features the views of manager Jürgen Klopp, Sir Kenny Dalglish, captain Jordan Henderson, Sadio Mane, Roberto Firmino, Virgil van Dijk and Alisson Becker, along with passionate fans from around the world.

The End of the Storm director James Erskine said: “The End of the Storm is based on the incredible story of Liverpool’s winning year, set against the backdrop of the worldwide pandemic, and from the start I knew that I wanted music to be at the core of the telling.

“In compiling the soundtrack, we were conscious of taking a fresh approach to sports films and providing the right kind of emotional backdrop to the story. That we should be blessed by the contributions of Chelcee and Lana, that bookend the film with the original track Liverpool and Lana’s spine-tingling rendition of You’ll Never Walk Alone, is something I could never have imagined at the start, but together they provide infinite emotional power to this story of redemption.”

Del Rey said: “I love this song so much, had such fun recording it and I’m honoured to be part of the soundtrack and documentary about Liverpool’s wonderful season. I hope I can visit Liverpool again soon when the world is right side up again and cheer the team on.”

Grimes said: “It’s amazing to have a song in The End of the Storm after playing for Liverpool from the age of nine to 16. To leave football to do music and now have this, it feels like it’s all come full circle.

“I wrote this song about missing my hometown when I moved to London. I didn’t think anyone would hear but now they will! Obviously, at this time with the pandemic it’s amazing to be giving back to great causes in Liverpool.”

The End of the Storm Official Soundtrack listing