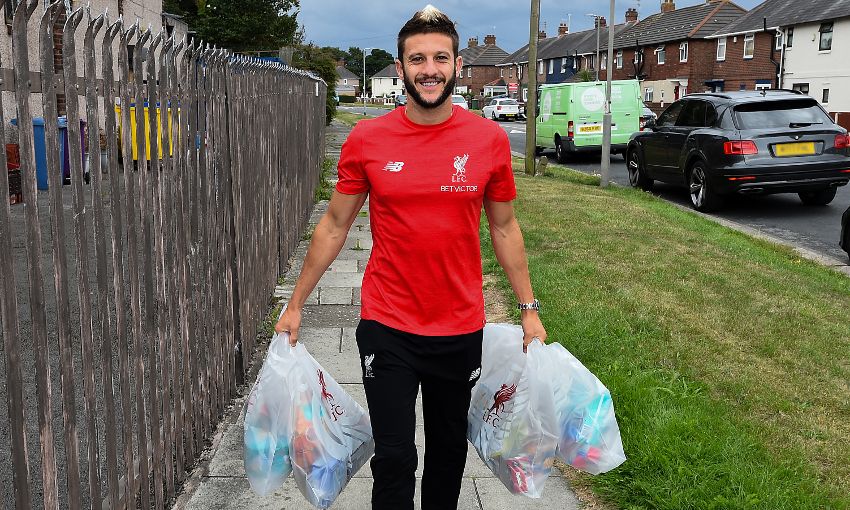 Foundation to host 12 days of floating fun at Albert Dock

Adam Lallana today donated much needed items to the North Liverpool Foodbank as he joined the Red Neighbours team to learn more about food poverty.

The midfielder took a tour around the facility, which services all homes in the North Liverpool area, and chatted to volunteers about how they help local people and why it’s so important for fans to donate at each home game.

Adam said: “It’s extremely saddening to realise that foodbanks are part of everyday life for many local people, but also very humbling to see the massive contribution made by LFC fans each week. Please keep the donations coming, even if it’s just a couple of tins each game. Our fans have already helped thousands of local people and this season we can help thousands more.”

The Reds continue their support of Fans Supporting Foodbanks this season, with collections taking place at every Premier League home game at Anfield.

Supporters attending each fixture can drop-off any non-perishable food donations at the collection points, which are located on Anfield Road, next to the family park, and inside the LFC Anfield superstore.

Victoria Ponsby-Martin, North Liverpool Foodbank coordinator, said: “We are extremely grateful for the support we get from the Red Neighbours team, not to mention the generous Liverpool FC fans. Donations from Fans Supporting Foodbanks makes up over 20 per cent of our annual donations, so we are extremely reliant on them.”

The first LFC home game of the season is at Anfield on Sunday, when the Reds will take on West Ham United.

Video: Jürgen Klopp thanks fans for helping those in need during pandemic