Trent Alexander-Arnold took time out before training on Monday to drop by North Liverpool Foodbank to donate food, meet with staff and volunteers and find out more about the centre’s important work.

The No.66 said: “It was a pleasure to be able to visit the foodbank and meet with the hard-working staff and volunteers. Their dedication makes such a difference to people who need their help. I’m really proud that my club is supporting such an important cause.”

Trent’s support was matched by a visit from Everton FC players Moise Kean and Alex Iwobi, who also donated food and helped to weigh and sort donations.

These visits, along with other club activity, are helping to raise awareness of food poverty and encourage food donations leading up to and throughout the Christmas period, which can be a difficult time for many people.

LFC staff have worked together to create the club’s first ever Christmas Giving Tree, made out of food donations, which proudly features on the club's official Christmas card that is being distributed around the world to thousands of contacts. 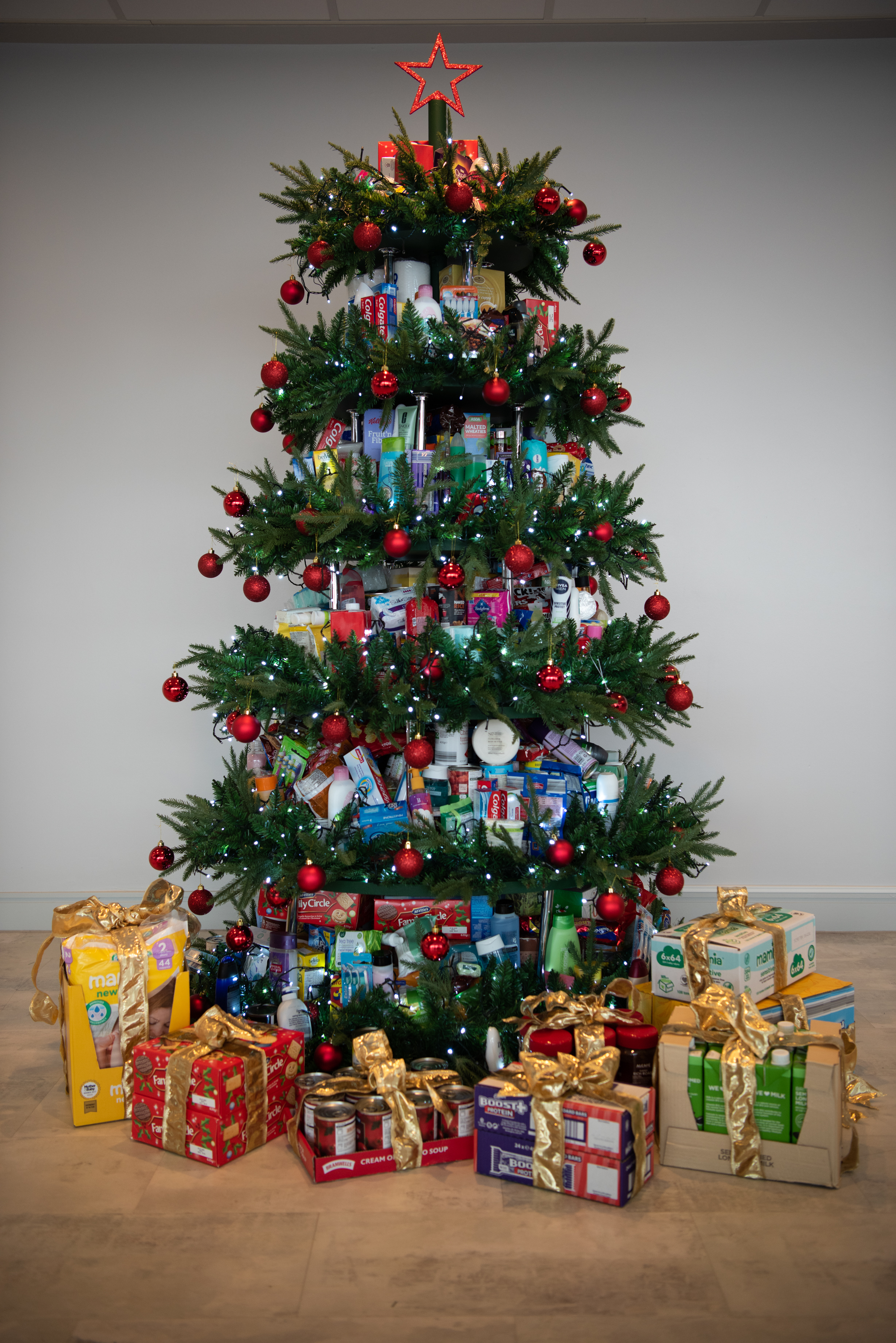 The LFC Christmas Giving Tree, which is on display in the Main Stand at Anfield, is accompanied by a text-to-donate number that provides fans with another way to give.

Simply text FOODBANKFC to 70460 – donations will cost £5, plus your standard network message rate. Alternatively, you can donate any whole amount up to £20 by texting FOODBANKFC, plus the value. For example, FOODBANKFC10 to 70460 means you’ll be donating £10.

If you live outside the UK, you can donate via Paypal here or click here to go to the St Andrew’s Community Network website.

The club, alongside Everton FC and Fans Supporting Foodbanks, are asking fans to donate what they can ahead of the 234th Merseyside derby.

Fans can drop off their donations three hours before kick-off at three locations around the ground – a foodbank van located on Anfield Road, the official LFC retail store and Homebaked bakery on Oakfield Road.

All collected items are donated to North Liverpool Foodbank and made into three-day emergency food parcels for local people in crisis in North Liverpool, which incorporates the club’s surrounding postcodes of L4, L5 and L6.

Simon Huthwaite, operations manager at North Liverpool Foodbank, added: “The continued support from both clubs is massively important and makes a huge difference to the work we do and the vulnerable people we support.

“Each year the food collected at Anfield and Goodison accounts for 25 per cent of the total food that we collect. The timing of this appeal is also really important as the Christmas period is our busiest time of year.”

Everton Football Club also host collections at all home games and fans can make their donations at the following collection points – foodbank van adjacent to the FanZone, St Luke’s Church on Goodison Road, the People’s Hub and Everton Free School on Spellow Lane and the Blue Base on Salop Street.