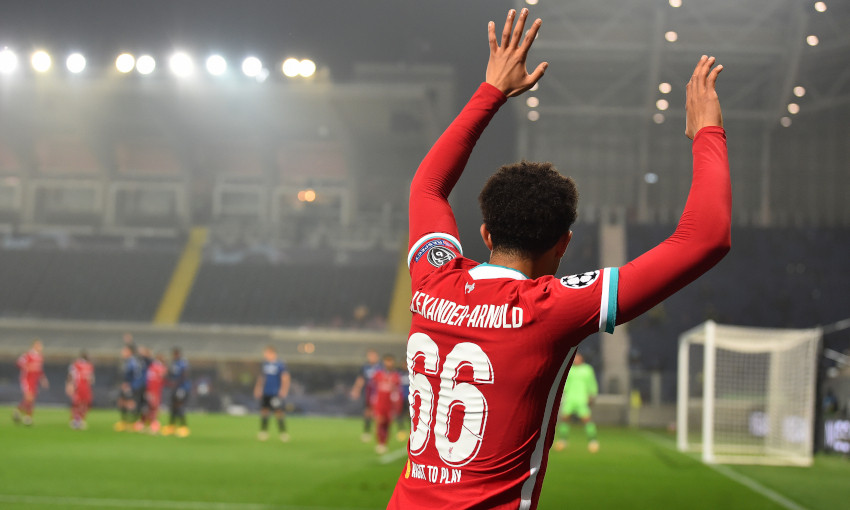 LFC Foundation and global children's charity Right To Play are working Side by Side, using the power of sport and play to help vulnerable children in Liverpool, Bangkok and around the world.

In November, to raise awareness and support of the partnership, Right To Play and the Reds’ official charity launched a new digital campaign – Side by Side – which featured across the club’s online channels and included a video narrated by first-team manager and LFC Foundation ambassador Jürgen Klopp. The video showed the power of play and sport in action, and aimed to inspire viewers to come together and support the campaign.

Now, LFC Foundation and Right To Play have given 12-year-old Ryan, a committed participant on the Side by Side programme, the chance to send his own message to Trent Alexander-Arnold, following the Reds’ qualification for the last 16 of the Champions League. In return, Alexander-Arnold sent Ryan his own personal message of thanks and encouragement.

The video is the first in the Pen Pal series which connects children in both the Liverpool and Bangkok Side by Side programmes with their LFC heroes.

In support of Side by Side, the first team are proud to display the Right To Play logo on the back of their shirts in the Champions League this season.

The messages gave both Ryan and Alexander-Arnold the opportunity to celebrate the Reds’ performance in the competition so far, and to thank each other for the support they show one another as part of the LFC family.

The film showcases the programmes in Liverpool and Thailand. At home in Liverpool, the project builds upon LFC Foundation’s existing Open Goals programme in Anfield, which provides free multi-sport sessions in local parks to help educate and engage young people in the local area. The partnership with Right To Play is enabling Open Goals to be delivered in more parks and open spaces in areas of need across the Liverpool City Region.

In Thailand, the programmes focus on working with the most vulnerable children living in urban Bangkok to develop critical life skills, including leadership, self-confidence, communication and resilience. The programmes also build and rehabilitate play spaces to ensure young people have safe, accessible areas to play and learn.

The video also features 12-year-old Bright, a participant in the Bangkok Side by Side programme, who we will hear more from in the coming weeks.

As well as driving awareness for the partnership, the video seeks support from the LFC family to join the Side by Side movement and help raise funds to provide children around the world with the tools and skills they need to overcome the impacts of poverty, conflict and disease, and become empowered to learn, lead and succeed.

The need for support is more important than ever in these challenging times as the devastating global impact of the pandemic continues to make children’s lives harder every single day.

A £5 donation can help children like Ryan access our Side by Side programmes so they can build a better future for themselves and their communities.

Please visit www.liverpoolfc.com/sidebyside for more information or to make a donation.