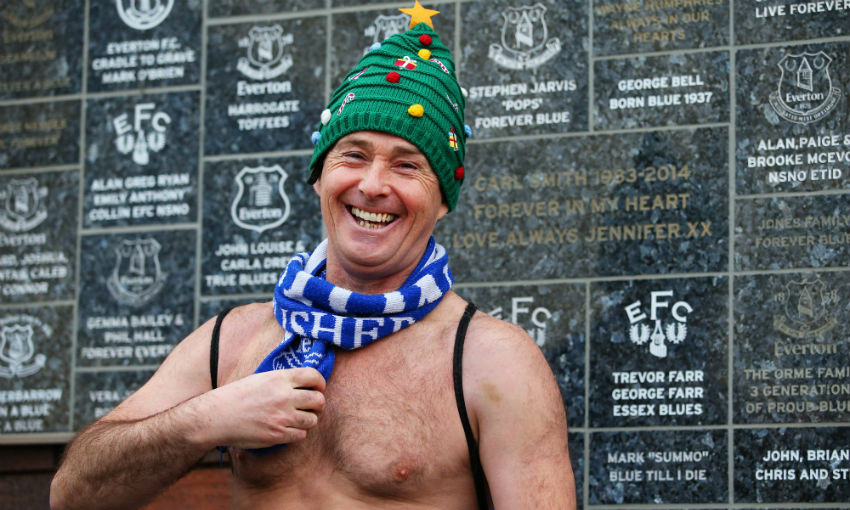 LFC Foundation looks back on a bumper year of achievement

Despite being a die-hard Evertonian and possessing a ticket in the home end for Sunday's Merseyside derby, Michael Cullen is expecting the warmest of welcomes.

The 55-year-old – fittingly known as Speedo Mick – is taking a short break from his fundraising mission to walk the length of Britain in a pair of swimming briefs to attend the FA Cup third-round encounter.

Mick is more than halfway towards his target of £100,000 for community projects for disadvantaged young people by making the 1,000-mile walk from John O'Groats to Land's End.

After making an appeal for a ticket to attend the cup tie, the Everton fan was given one from the club's Red Neighbours allocation.

"I'm an Evertonian and I want Liverpool to lose every game. But some things transcend football and this type of stuff should do," Mick told Liverpoolfc.com during his walk. "This just seems to bring fans together.

"It's not just Liverpool fans but loads of other fans across the country. They just get the quirkiness and they love it.

"But the Liverpool fans have been fantastic because there is a massive rivalry there and they've set it aside for little old me in a pair of knickers! It's what the city is about.

"They've shown me a load of love and donated thousands of pounds. The Liverpool fans have been doing this since I started. I hope we win but the fans are fab.

"I think [I'm] about 20 rows back. I'm hoping Jürgen will pop along and stick a tenner in my knickers! You never know, he might do if he gets to hear about it." 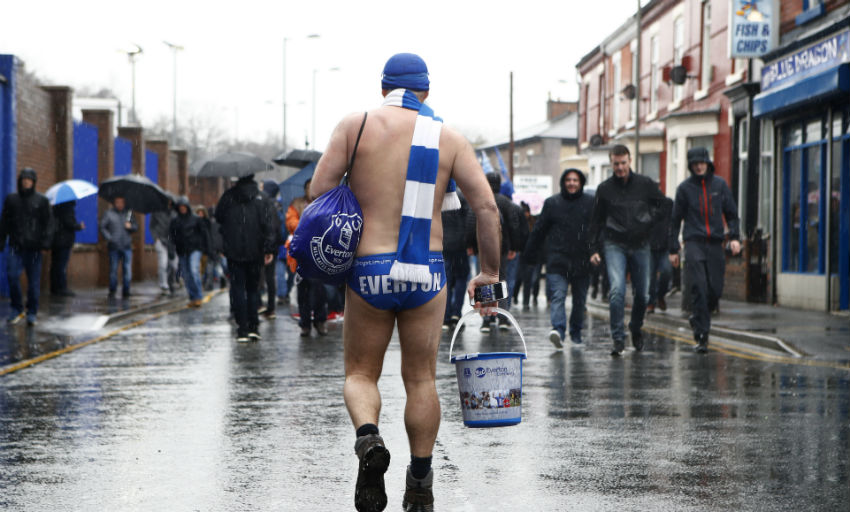 Mick's trek started last month and is set to last around seven weeks as he expects to walk close to a marathon a day in just Everton-themed trunks.

Observing the stunning sights of the Lake District during this interview, Mick is fuelled by support in order to continue with his brutal challenge.

"It's been really difficult and it's taxing me big time. It taxes you physically, mentally and emotionally," he added. "I'm really, really tired and I'm setting the alarm for six o'clock and getting up at 7.30am.

"It's been a massive struggle but everyone from Liverpool and around the country has been willing me on. It's made a massive difference.

"If no-one was watching, I'd have put my coat on and gone home. But because I'm getting all the support and encouragement to carry on, that's exactly what's happening. It's thanks to them."

Buoyed by the arrival of Carlo Ancelotti as manager, Mick is optimistic about the Blues landing a win over their local rivals.

He states: "We're eternally hoping we're going to beat you. Just from footballing terms, I just think this might be the day!

"We've got Ancelotti in charge and the players are responding to Duncan's stuff. We're looking up now, aren't we?

"I'm excited about the football. I'm going to be coming to Liverpool in the midst of all this madness and whirlwind publicity about me doing this crazy walk in a pair of bloomers."

You can donate to Speedo Mick's walk by clicking here.

LFC and Everton team up to support Foodbanks initiative