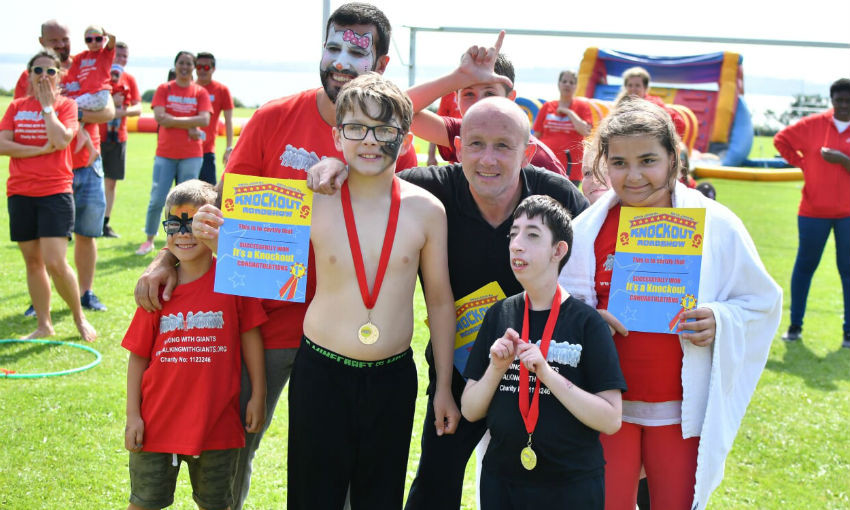 The Walking with Giants Foundation, a non-profit organisation in Liverpool, used the Foundation’s £2,250 donation to host an all-inclusive family fun day in Aigburth for families and those with dwarfism to help raise awareness of the rare condition.

The activity day - ‘It’s a Knockout’ - brought those with MPD and their families together from across the world to enjoy an event with a range of inflatables, face painting sessions, competitive racing and more.

The annual event was part of a five-day convention which took place in Liverpool, bringing 73 young people and their families from as far as Australia together to make friends with those in a similar position and enjoy respite for a short time.

Sue Connerty, founder and charity manager, said: “We are incredibly grateful for the donation made through the LFC Foundation.

“With ‘It’s A Knockout’ and our annual convention we give children the opportunity to meet other kids who are going through the same and to make new friends.

“It gives the children a sense of belonging and inclusion, which is the most important thing.”

Sue, parent of Alex, a young boy with MPD, said: “For me to be able to watch my three children all take part in the same event and not feel that my child with the disability is being left out on the sideline means the absolute world to me. It was the best day ever.”

The Community Fund will be made available again this year, with another £100k being allocated from funds raised at the upcoming charity game at Anfield on March 28, where Liverpool FC Legends will take on Barça Legends.