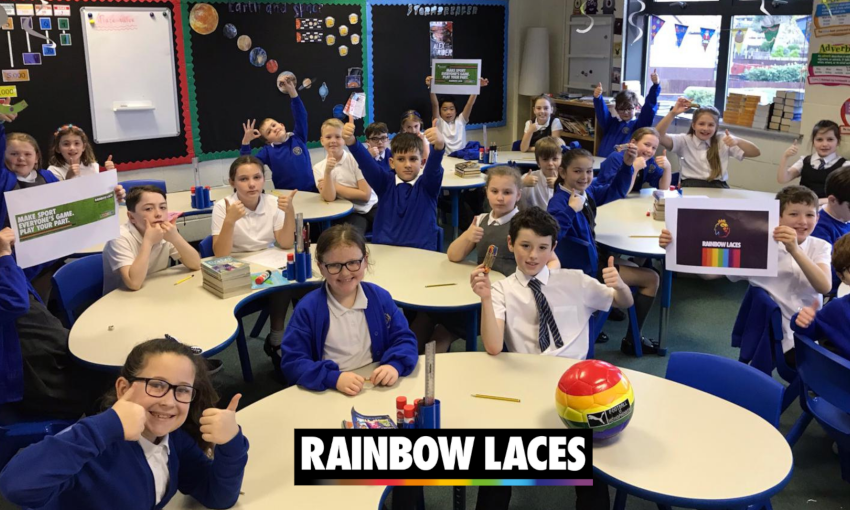 Liverpool FC and LFC Foundation are passionate about promoting equality, diversity and inclusion in everything they do and, as part of the Red Together strategy, are committed to making sure that the work they do provides opportunities for everyone across the club and its official charity.

LFC Foundation staff wore Rainbow Laces in solidarity for Rainbow Laces Day and to promote equality across its programmes. Communities are stronger when everyone feels welcome and LFC Foundation is committed to making sure all participants feel safe, valued and heard.

LFC Foundation’s mental health team provided sessions in St Francis of Assisi secondary school and numerous other schools across the week using the Stonewall Rainbow Laces resources, where they looked at equality, gender stereotypes and also the meaning of LGBT.

The Primary Stars programme spent time completing a train the trainer course around LGBTQ+ specifics workshops so they could deliver them to local schools. In one day, the team delivered across 12 classes in six schools, totalling more than 350 children taking part in Rainbow Laces workshops from Stonewall and also Football v Homophobia.

During the sessions, the children learned about what homophobia is and how they could tackle it in their schools and communities. ‘Rainbow’ balls were also gifted by Football v Homophobia to those schools who took part. During the workshops, the children also received their own pair of rainbow laces.

LFC Foundation’s football programmes, such as Premier League Kicks and Mini Kicks, held rainbow-themed sessions for their participants and gave out rainbow laces as prizes.

LFC Foundation wants to make sure that football is for everyone and ensure people feel welcome at its sessions no matter what.