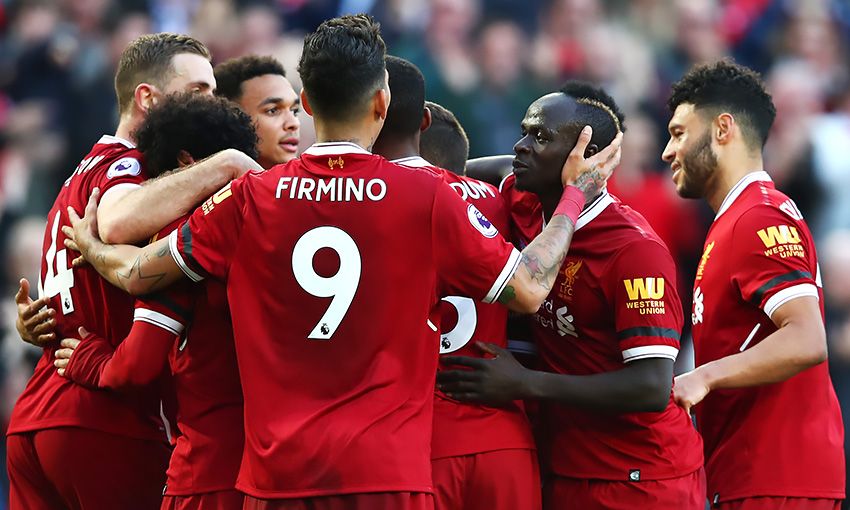 With the 2018 World Cup in full swing and attention firmly focused on the international stage, we've decided to have some fun with Liverpool's end-of-term stats to see which nations top the charts at Anfield.

We all know Mohamed Salah netted an incredible 44 goals across all competitions, but does the forward's individual tally make Egypt the most prolific nation for the Reds this season?

After all, 18 players from 10 different countries found the net as the Reds scored 132 times (excluding own goals) during a memorable campaign.

And what about the defensive side of the game?

Captain Jordan Henderson won the ball back for Liverpool more times than any other player, but does that mean England take the collective crown as the masters of destruction?

We've crunched the numbers in five key areas - goals, assists, tackles, passes and possession regains - to discover which country leads the way in each discipline...

Stats are for all competitions. 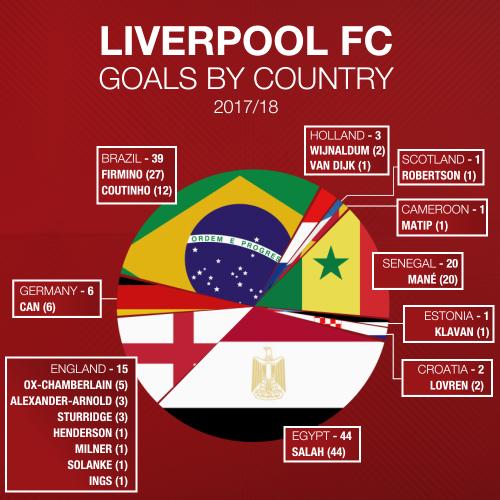 Egypt take individual and collective honours on the goals front with Salah's strikes accounting for an incredible 33.3 per cent of Liverpool's total across all competitions.

Brazil are a close second, though, with Roberto Firmino notching 27 times and Philippe Coutinho scoring 12 prior to his January departure, to claim 29.6 per cent of the overall tally. 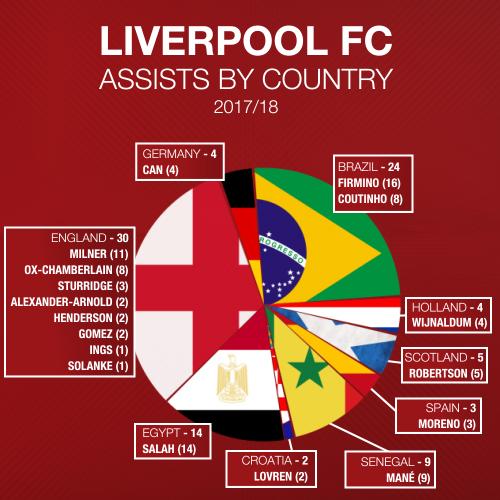 Brazil's Firmino is the clear winner on an invidual basis with a whopping 16 assists - two ahead of his nearest rival Salah.

England's leading assist maker was James Milner with 11 and, given seven of his countrymen chipped in with 19 more key passes, the English contingent claim a 31.6 per cent slice of the overall total. 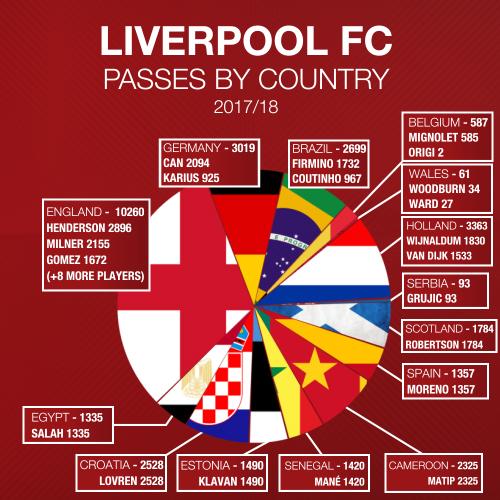 England dominated this area, with captain Henderson leading Liverpool with 2,896 passes and countryman Milner also claiming a place in the individual top four with 2,155.

However, special mention must go to Croatian centre-back Dejan Lovren, who ranked second individually and claimed 7.8 per cent of Liverpool's total of 32,321 passes this season. 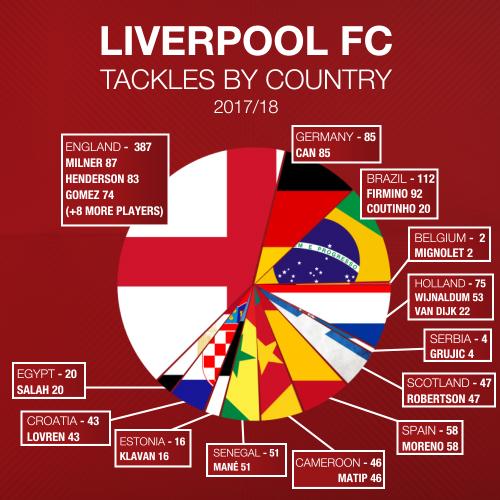 Brazilian Firmino led the team individually, making 92 tackles this term - an incredible tally for a No.9. That's almost 10 per cent of Liverpool's total of 946.

However, as a collective, it's England that claim the biggest piece of the pie chart with 40.9 per cent. Milner (87) was the leading Englishman, slotting in behind Firmino and ahead of German midfielder Emre Can (85). 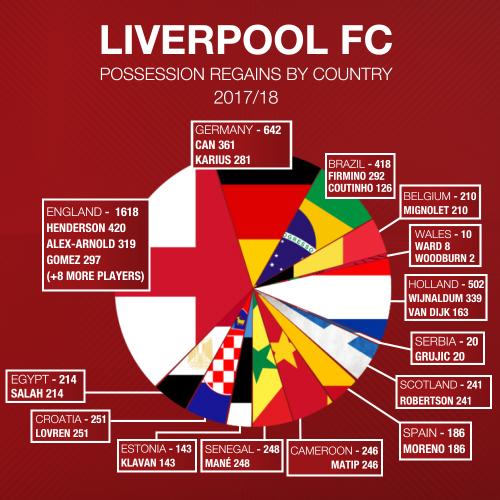 England claim individual and collective honours in this area with Henderson regaining possession (a combination of tackles won, interceptions and recoveries) a team-leading 420 times.

He and his countrymen claim 32.7 per cent of Liverpool's total of 4,949 regains over the course of the season.

Germany's Can (361) and the Netherlands' Georginio Wijnaldum (339) were the closest challengers to the LFC skipper.

The view from Fulham: 'We've got to show desire at Anfield'