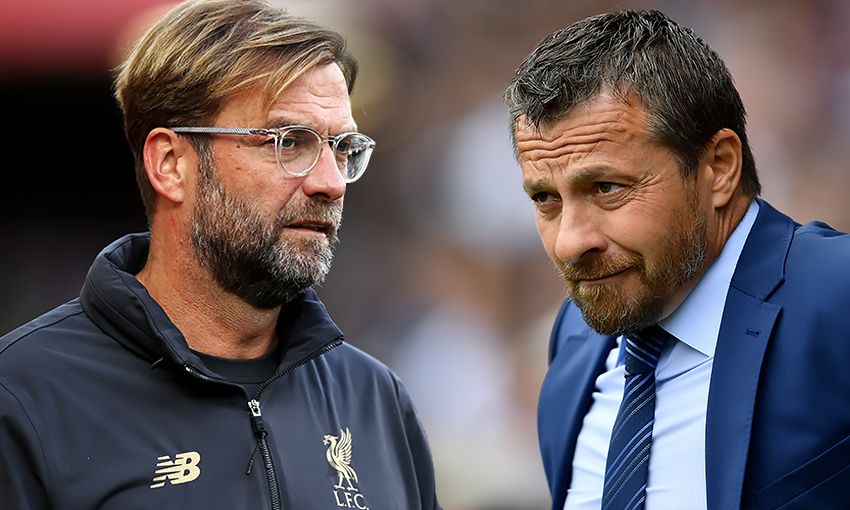 Liverpool host Fulham in the Premier League at Anfield on Sunday as Jürgen Klopp's side seek to bounce back from a disappointing midweek defeat in Europe.

The Reds suffered a 2-0 loss at Champions League rivals Red Star Belgrade on Tuesday night but focus now shifts to domestic duties and a home tie against the side bottom of the table.

Slavisa Jokanovic guided Fulham to promotion last season after winning the EFL Championship play-off final at Wembley, but the Serbian's side have taken just five points from 11 games on their return to the top-flight.

The Cottagers have conceded 29 goals during that time - to share an unwanted Premier League record with Southampton from 2012-13 - and are currently on a run of five straight defeats.

The Saints eventually turned things around to secure 14th-placed finish and if Fulham are to emulate that climb up the table they need a change in momentum.

So, what can we expect from the west London club on Sunday? We caught up with Fulham season ticket holder and host and founder of the Fulhamish podcast, Sammy James (@MrSammyJames), to find out.

Have Fulham's performances been better than the results this season? 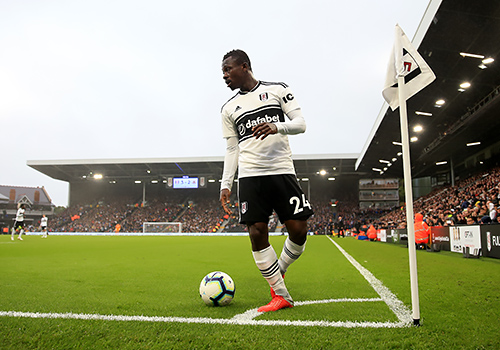 After the opening four games, there was definitely a feeling that Fulham had been unlucky and the performances had merited more points. At the moment though, the poor results are pretty justified in my opinion.

How is manager Slavisa Jokanovic regarded by the fans?

There is still plenty of love for Slavisa. He took over Fulham when we were fighting relegation to League One, and within two years had us playing some of the best football I've ever seen at Craven Cottage. Giving us our first ever win at Wembley is an achievement that will never be forgotten, no matter what happens in the future.

Most of the fan base is hoping Slav can get us out this situation, but there is a feeling of frustration.

Will he have a special plan for Liverpool?

We haven't really changed our game-plan for the big teams so far this season, so that would suggest not. However, Slavisa is under pressure to turn things around, so he may try to go more defensive for this game than he would otherwise.

Have the 12 summer signings improved the team? 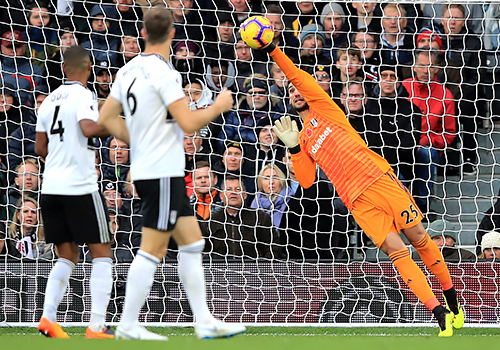 Not particularly. Finding a way of gel so many new players has been our main problem this season. Jean-Michael Seri is an incredible talent, but he's really struggled in recent games.

The two best performing new players are probably Sergio Rico, who is a solid pair of hands in-goal, and Luciano Vietto, who is a strong threat on the wing - he's already chalked up four assists this season.

Which player should the Anfield crowd keep an eye on?

I would say Tom Cairney in the middle. He's just back from injury, but if he clicks then it improves the entire team. He likes to control the play from deep, and his high passing accuracy means that when he's in the team Fulham are able to retain possession much more effectively.

I expect him to have a bit more space on Sunday than he did at Huddersfield, and that should allow him to exert more influence on Fulham's play.

How do you expect Fulham to line up at Anfield?

I think he might play the same 11 as he did against Huddersfield. However, Slav has a tendency to surprise everyone with his line-ups, so I guess you can never be too sure! 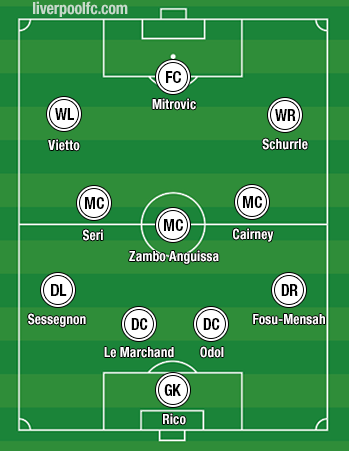 Generally, we are at our best when we play the ball on the deck and get our full-backs forward so that they can hit the byline and get crosses in. Last season, we would suffocate teams through our precise passing, and if they tried to press us, they would rarely be able to keep it up for 90 minutes.

Sadly, in recent games, we've moved away from these principles in favour of more direct play towards Aleksandar Mitrovic, and it hasn't been working. Hopefully, Fulham can try to revert back towards old ways on Sunday.

It's going to be a really difficult game, we all know that. Liverpool's league form has been extraordinary and the Reds are one of the most feared teams in Europe. We are on a run of five consecutive losses, so it looks pretty bleak!

I'm hoping though that Fulham really try to prove a point to the doubters that they do have the desire to turn the bad form around. Liverpool had a long trip and a bad result in the week, also the Sunday midday kick-off might mean the Anfield crowd is slightly more subdued than usual.

I'm clutching at straws, but hopefully, these factors will work in our favour and we will come away with a shock 1-1 draw. I can't ever predict a Fulham defeat!