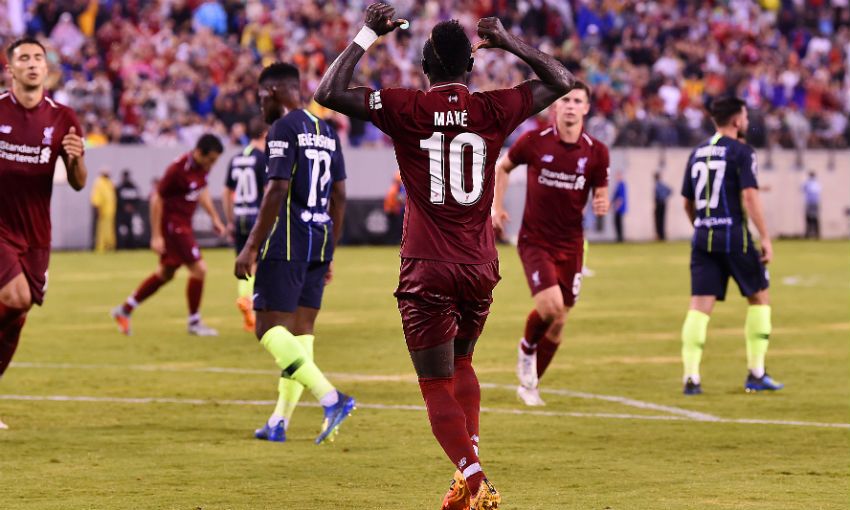 Sadio Mane marked his first game as Liverpool's new No.10 with a late, late winner to beat Manchester City in the International Champions Cup on Wednesday.

The Senegal forward, who has switched from No.19 ahead of the new campaign, played the second half of the clash at the MetLife Stadium in East Rutherford, New Jersey.

In his first outing since returning from World Cup duty, Mane was bright and netted a stoppage-time penalty to seal a 2-1 victory.

Mane already wears the No.10 for Senegal and also sported the the jersey for Southampton prior to his move to Anfield in 2016.

The shirt was occupied upon his arrival on Merseyside, but the 26-year-old now becomes the seventh Liverpool player to don the digit in the Premier League era.

And he's following in the footsteps of these predecessors... 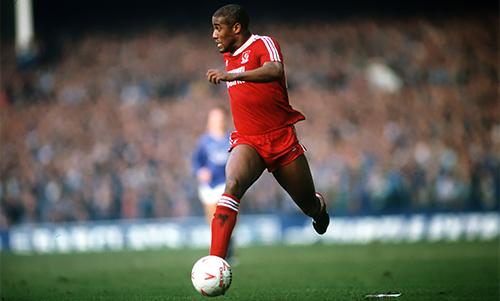 Signed by Kenny Dalglish from Watford in 1987, Kop idol John Barnes was already synonymous with Liverpool No.10 jersey well before designated squad numbers were introduced as standard in the English top-flight in 1993-94.

Spotted playing for Middlesex League club Sudbury Court in 1981, the Jamaica-born winger was signed by Hornets manager Graham Taylor for a set of training kit. Six years later, the England international secured a move to Anfield.

Barnes' sweet left foot, talent and grace proved the downfall of many a team as he swept up two league titles, an FA Cup, a League Cup and numerous individual accolades during a decade at Liverpool.

He left Anfield in 1997, after scoring 108 goals in 407 appearances, to be reunited with Dalglish at Newcastle United. 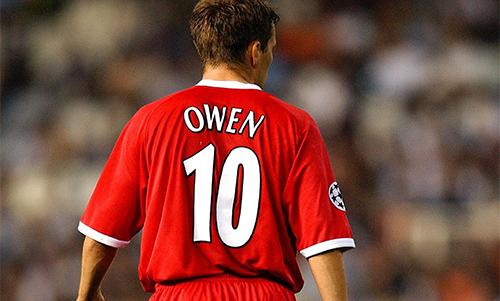 When Michael Owen burst on to the scene for Liverpool in 1997, scoring just 16 minutes into his debut, he did so as a relatively unknown youngster wearing an oversized No.18 shirt with short sleeves that reached down past his elbows.

Within a year, the Englishman had become one of the hottest properties in world football, due to his brilliant goalscoring record and that incredible strike against Argentina at the 1998 World Cup.

Shortly after those heriocs in France, Owen stepped into Liverpool's No.10 shirt vacated by Barnes. 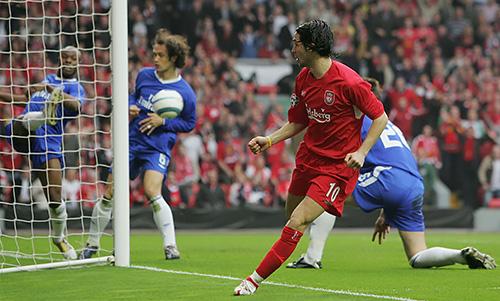 Signed by Rafa Benitez from Barcelona in August 2004, Luis Garcia arrived at Anfield on the same day as fellow Spaniard Xabi Alonso and was handed the No.10 shirt previously occupied by Owen.

He became a cult hero with Reds fans after developing a habit of scoring vital goals in vital games.

Garcia netted five times during the triumphant Champions League campaign in 2005, including a wonderful long-ranger in the quarter-final against Juventus and the semi-final strike against Chelsea for which he is most famous.

The popular Spaniard left Anfield in 2007 to rejoin Atletico Madrid after making 121 appearances for the Reds. 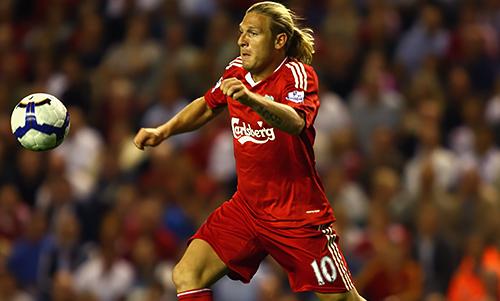 Signed by Benitez on a free from Bayer Leverkusen in July 2007, the Anfield career of Ukraine international Andriy Voronin never really took off.

Handed the No.10 shirt for the 2007-08 season, he made his debut against Aston Villa on August 11 and four days later netted a 25-yard corker against Toulouse in a Champions League qualifier.

Voronin spent the following season on loan at German side Hertha Berlin and then secured a permanent switch to Russian club Dinamo Moscow in January 2010. 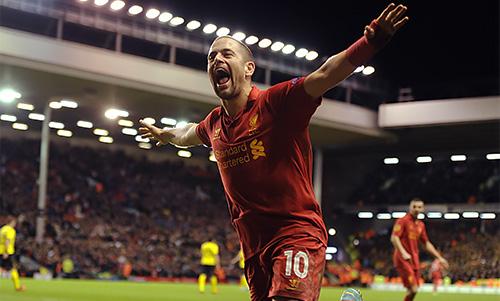 The one-time England star worked under Hodgson, Kenny Dalglish and Brendan Rodgers in L4 but spent a season on loan at Lille, and made only 42 appearances for the Reds before returning to boyhood club West Ham United in January 2013. 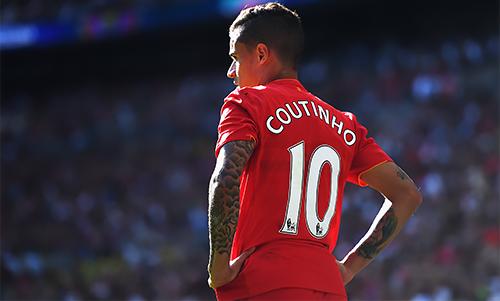 On the penultimate day of the 2013 January transfer window, a 20-year-old Philippe Coutinho arrived from Internazionale declaring his intention to 'play good football'.

It's fair to say Liverpool's Brazilian No.10 quickly surpassed those humble targets as he rapidly developed into one of the most coveted midfielders in Europe.

Signed by Brendan Rodgers, he reached his creative best under Jürgen Klopp and developed a goalscoring touch to match. The words 'trademark Coutinho' instantly conjured an image of O Magico cutting in from the left, dropping his shoulder and curling a 25-yard strike into the top corner.

He ended up scoring 54 times in 201 appearances for Liverpool before joining FC Barcelona in January 2018. 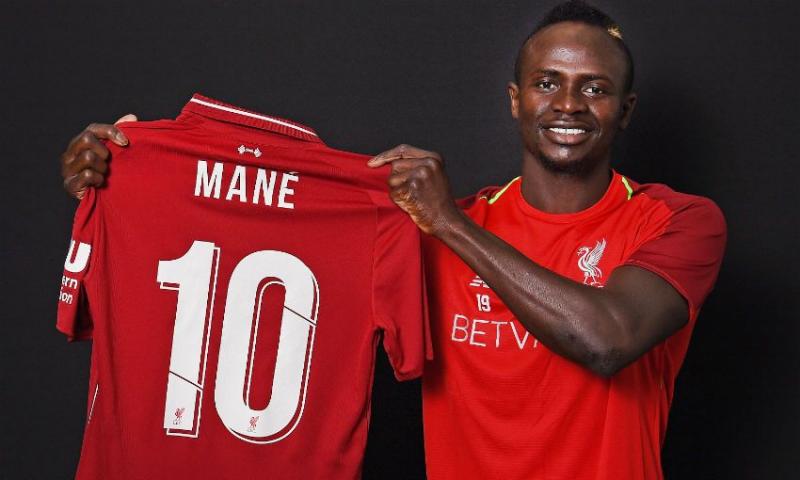 Mane is the new incumbent and dons the iconic No.10 jersey after spending two seasons at Anfield in the No.19 shirt.

Signed from Southampton, the Senegal forward enjoyed a magnificent debut season in front of the Kop and scooped both the fans' and players' Player of the Year awards for 2016-17.

The pacy and creative wideman scored 13 goals in 29 appearances in his maiden season and was even more prolific last term as he netted 20 goals, including in the Champions League final against Real Madrid.

He ended the 2017-18 campaign as one of Liverpool's most in-form players and, after a summer stint at the World Cup with Senegal, will be looking to carry that into the new season with a new number on his back.

For those supporters who have already purchased a 2018-19 replica shirt printed with ‘Mane 19’, Liverpool are offering a like-for-like exchange for a ‘Mane 10’ jersey.