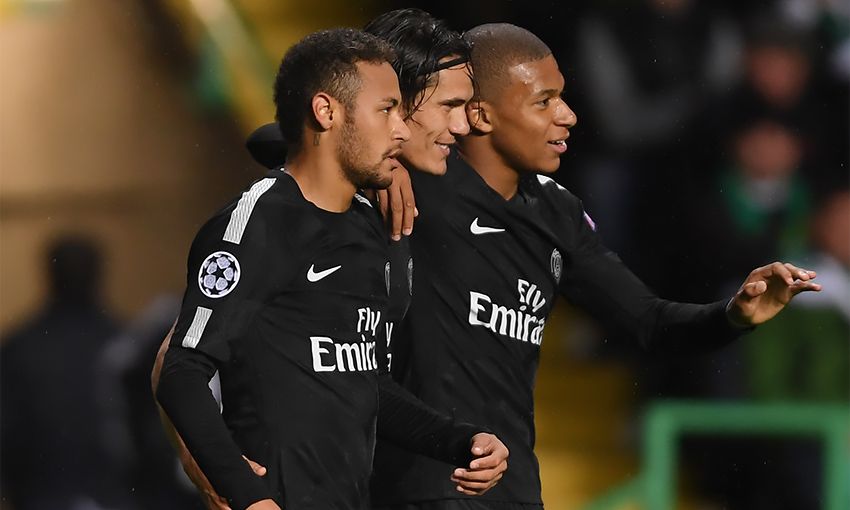 Liverpool begin their Champions League campaign with a mouth-watering match against French champions Paris Saint-Germain under the Anfield floodlights on Tuesday night.

Les Parisiens regained the Ligue 1 title from AS Monaco last term and have made a 100 per cent start to the 2018-19 season under new manager Thomas Tuchel.

The German replaced Arsenal-bound boss Unai Emery in the summer and his PSG side have won each of their first five league fixtures - a run matched by Jürgen Klopp’s Reds in the Premier League.

The clubs have only met twice before in Europe - back in 1997 over two legs of a UEFA Cup Winners’ Cup semi-final - but it won’t be Tuchel’s first visit to Merseyside.

It was his Borussia Dortmund team that suffered a 4-3 defeat in the quarter-finals of the Europa League in 2016 as Klopp’s men fought back from 3-1 down on an exhilarating and memorable night at Anfield.

So, what can we expect from Tuchel’s men this time around?

We caught up with Loic Tanzi (@Tanziloic), a reporter for French TV channel RMC Sport, to get the lowdown.

How do the fans view new manager Tuchel? 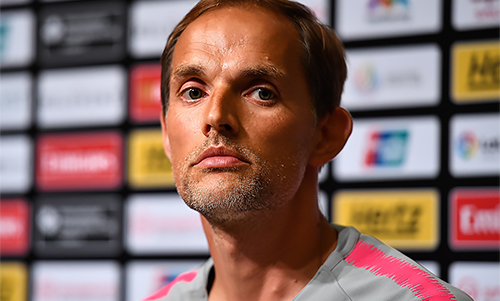 So far, all the supporters are in love with the way he is managing the team. From the outside, everything looks very good.

He has a lot of ideas and he is doing plenty of work in the media to tell the public how he wants to win with this team.

What is he doing differently from Emery?

Communication is the biggest difference so far. He is explaining every time, in every press conference, what he wants to do, and the way he wants to do it.

On the pitch, he is still trying different things. He doesn’t fix everything, and he is changing a lot of things from one game to another. So, we need time to see, on the pitch, what he will decide to do.

Is Neymar still the star man at PSG?

Yes. Tuchel, and Mbappe, have been clear about it: Neymar is the key man of the team.

There is no debate about it at the moment in Paris, even if Mbappe looks to be almost the equal of Neymar after winning the 2018 World Cup with France. But he still wants to learn from the Brazilian.

How far do PSG expect to go in the Champions League this season?

This is the first year since the Qatari owners bought PSG in 2011 that the club is trying to put less pressure on the players about the Champions League.

However, the main goal is still to be in the semi-finals at least, because they haven’t reached that stage since the new owner came in. But, for the first time, they said that if they don’t, it won’t be a major problem. 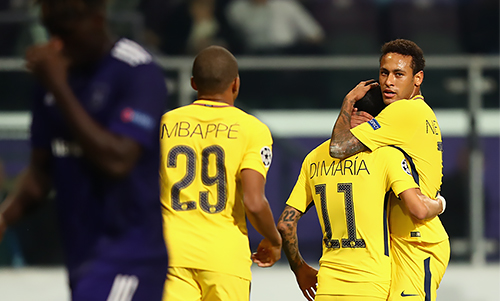 The offensive players. When you have Neymar, Mbappe, Angel Di Maria and Edinson Cavani on the teamsheet, opponents can be scared.

And Tuchel wants to find the best tactic to put all four of them on the pitch from the start. When this four are on top form, Paris can be one of the biggest teams in the Champions League.

How do you expect PSG to line up at Anfield?

It’s difficult to say because Tuchel hasn’t used the same starting XI twice since he arrived. But I would say: 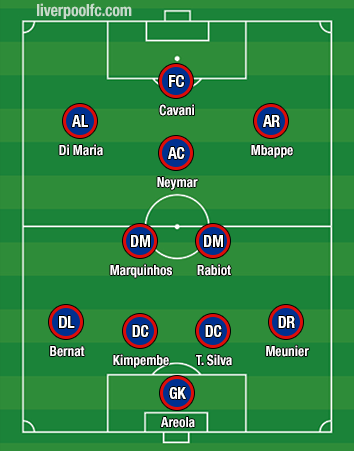 For me, it’s going to be Andy Robertson against Mbappe.

In France, the public don’t really know Robertson. As a journalist, I know how strong he is, but the main public do not. It’s key because Paris will try to be quick when they have the ball. So, they will use Mbappe a lot. If Robertson is in a good shape, he can stop the Frenchman and then it’s going to be difficult for Paris.