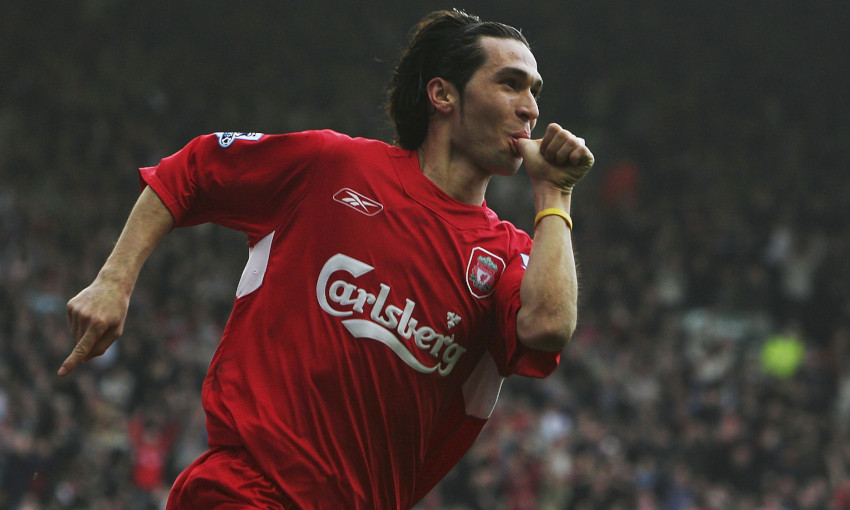 Goal of the Day: 'It was important to score at least once for Liverpool'

By their very nature, Merseyside derbies tend to be lively, sometimes chaotic affairs – and the 2004-05 Anfield edition was no different, 15 years ago today.

With Everton sitting ahead of Liverpool in the table, the hosts knew a victory would be vital to any hopes of clinching a top-four finish.

However, such ambitions were dashed in a first half that saw injuries sustained to Stephen Warnock, Dietmar Hamann and Fernando Morientes – all of whom needed substituting, the first time in the club’s history a trio of changes were made in the opening 45 minutes of a game.

Nevertheless, Liverpool did go into the interval with a two-goal lead – Steven Gerrard caressing a free-kick into the bottom corner before Luis Garcia reacted quickest to head in from a shot that had rebounded off the woodwork.

The Reds needed to survive a scare to hold onto the points as Tim Cahill reduced the arrears on 82 minutes, shortly after Milan Baros had been shown a red card which meant Rafael Benitez’s side had to contest the final stages with 10 men.

We’ve selected Garcia’s winner as our Goal of the Day, and you can relive it below now.

The A to Z of the Merseyside derby

Quiz: How much do you remember about Luis Garcia's LFC career?