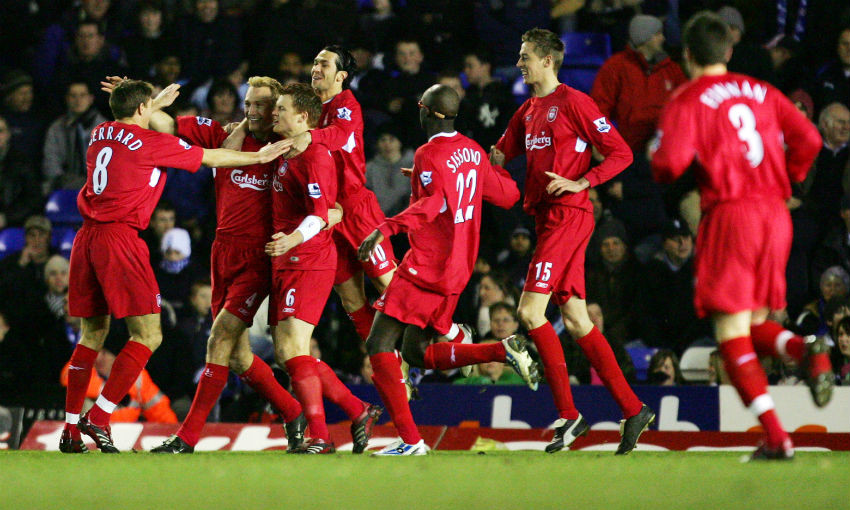 Liverpool recorded their biggest ever away victory in the FA Cup on this day in 2006 as Rafael Benitez's side netted seven times at Birmingham City in a sixth-round tie.

Sami Hyypia gave the eventual winners of the competition the lead after 55 seconds at St Andrew's before Peter Crouch quickly followed with the second.

Crouch secured a brace prior to half-time as second-half efforts from Fernando Morientes, John Arne Riise, Dijbril Cisse and an Olivier Tebily own goal confirmed the Reds' spot in the semi-finals.

The fixture also saw midfielder Momo Sissoko make a return to action for the first time since suffering a serious eye injury.

Back in 1984, Joe Fagan's Liverpool travelled to Benfica for the second leg of a European Cup third-round clash.

Having won the first encounter 1-0 two weeks earlier, Ronnie Whelan (twice), Craig Johnston and Ian Rush were on the scoresheet at Estadio da Luz to record a 4-1 win.

Eleven years prior, Dynamo Dresden were taken down 1-0 in Germany in a UEFA Cup fourth-round tie courtesy of Kevin Keegan's 53rd-minute goal.

Elsewhere, Sebastian Coates smashed in an unstoppable overhead kick during a Premier League encounter away at Queens Park Rangers on this day in 2012.

And away from football, 13 years ago today saw Steven Gerrard presented with an MBE by the Queen during a ceremony at Buckingham Palace.

"I've played in big games with special people but I've never experienced anything like this, it's completely different nerves to football," Gerrard said after the event.

"In football I know what I'm going to do but today is a big day and a proud day for me."