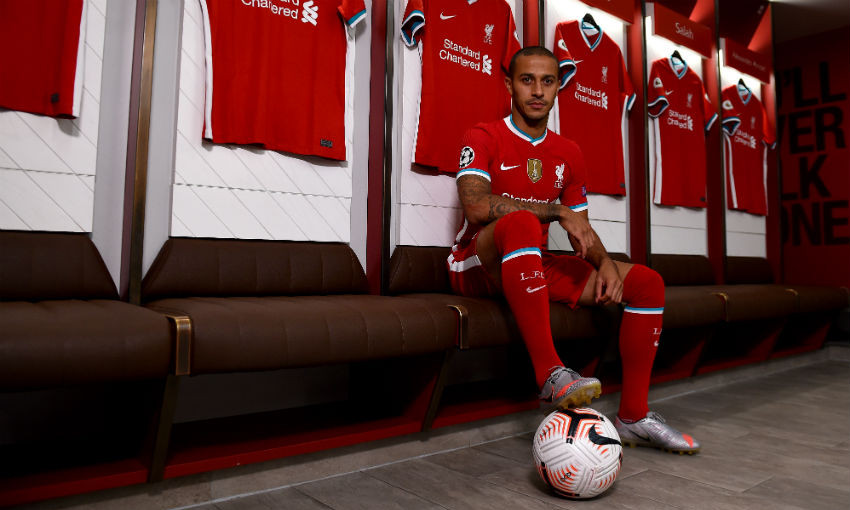 Never did Chris Gibson imagine the song he recorded more than four decades ago would accompany a high-profile arrival to Liverpool Football Club.

But The Gibson Brothers' 1978 hit Cuba has been hummed, sung and whistled by supporters ever since Thiago Alcantara became a Red in September.

Even by the midfielder himself.

And the group's lead singer was delighted when he was made aware of the viral content featuring their tune for the first time.

"I was very honoured that Liverpool fans chose our song to celebrate such a great player like Thiago Alcantara," Chris tells Liverpoolfc.com.

"Basically we wrote Cuba to bring fun, joy and to make people dance. But the transfer of an excellent player is also happiness, so it fits very well the mood of the song.

"Liverpool is a very famous club and moreover it's The Beatles' city, of which I'm a big fan.

"I love it and I also really like the video."

Thiago himself also enjoyed his first viewing of the videos, declaring on the day of his signing: "How people can be so creative, it's amazing. I love it."

Those are sentiments wholly shared by Jean Kluger, who co-wrote the song alongside Daniel Vangarde, father of Thomas Bangalter from Daft Punk.

"Well, when you write a song you imagine nothing," Kluger says. "You just don't know how they use it. It's very well done – I think it's very funny.

"From my part, there's no problem. People use songs more and more, so you can't do much about it. Once it's well done with good intentions, we don't mind.

"You know with songs, you never know where you go and what will happen. It's very magic how people from all countries... you never know how somebody will pick up a song and do something with it. That's great."

Chris hopes the association progresses to the extent that he hears the Thiago chant sung loudly at a full Anfield in the near future.

"That would be a great honour and a beautiful story that continues," the Martinique-born performer concludes. "I like Liverpool because it's a great club and once again because it refers to The Beatles.

"Greetings to all Liverpool fans and I wish the club the best of success."

And with that, allow the song to get stuck in your head again.

Video: 29 first Premier League goals from outside the box