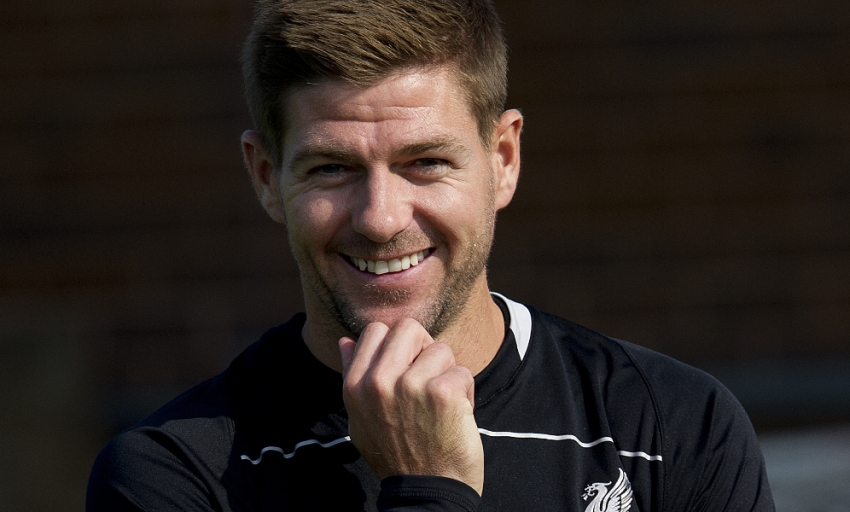 The dramatic goals, the cup finals, the passionate support, the captaincy – Steven Gerrard considers the opportunity to have lived his dreams with Liverpool as an honour.

Since originally walking through the welcoming doors at Melwood as an aspiring talent aged just eight, the Scouse midfielder with the magic in his boots has developed into one of the world's greatest.

A decisive, match-winning brace at AFC Wimbledon on Monday evening was trademark, thereby increasing the talismanic No.8's robust record for the Reds to a huge 182 goals in 696 appearances.

Statistics do not tell the full story, though - far from it. Think of Gerrard and his inspirational header in Istanbul might immediately spring to mind; perhaps it is his outrageous volley in the 2006 FA Cup final or a Merseyside derby strike.

The list of landmark moments he has produced is endless, and each supporter will have their own favourite. What they would agree on, however, is that the captain has been the heartbeat of Liverpool in modern times.

His natural ability and indefatigable spirit has allowed the now 34-year-old to experience the euphoric highs that Kopites, like him, watching on from the stands wish for themselves and their team.

And as Gerrard reflected further on his announcement last week that his spell with the club will conclude when 2014-15 finishes, the skipper opened up about what those feelings have meant to him.

"The memories and experiences I've had over the past 26 years I wouldn't swap for anything in the world," the Englishman commented to the Liverpool Echo following Friday's news.

"I'm a very lucky boy and I am also proud of what I've given back - the sacrifices, the dedication and the loyalty. Liverpool Football Club have been unbelievable for me since I was eight years old.

"This club has helped me fulfil my dreams over and over again. I enjoy a very strong relationship with Liverpool Football Club and I don't see that coming to an end. I hope to serve the club again one day.

"There's been huge pressure and responsibility on me but I've always loved and embraced that. I've never seen that as a burden.

"It's been a massive honour to be captain of this club for so long and it will be right to the end. I'll be a Liverpool fan to the day I die. I've lived my dreams."