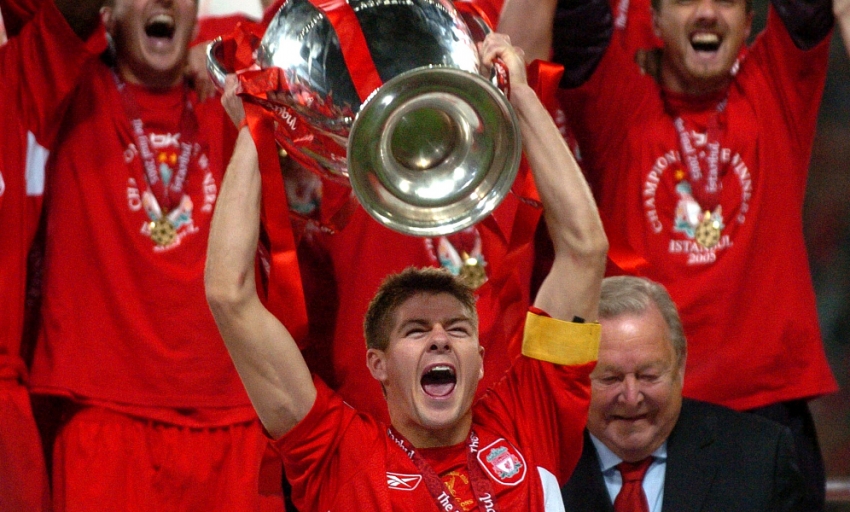 With the captain set to call time on his 17-year stint in the first team at Anfield this summer, we asked fans to have their say on exactly where he stands in the pantheon of Reds greats.

Using the #LFCgreatest hashtag on Twitter, as well as a poll on this website, we pitted Gerrard against five other legendary figures in Ian Rush, Graeme Souness, John Barnes, Kenny Dalglish and Billy Liddell.

And the Huyton-born midfielder was the runaway favourite, picking up 66 per cent of your votes as the best to ever wear the shirt.

Dalglish came in second place, with 'the King' backed to win by 25 per cent of voters, while third-placed Rushie got 4 per cent.

LFCTV panellist Mark Lawrenson, who played alongside four of the contenders, picked Dalglish as his choice but had kind words for the eventual victor.

He said: "Steven was just Roy of the Rovers, wasn't he?

"He could've played in any different position for Liverpool and he would've been the best player, I don't think there's any doubt about that whatsoever.

"The fact he's a local lad as well is a big thing. He was just an absolutely sensational player."

Former Liverpool manager Roy Evans was reluctant to single out an individual as his favourite but also felt Gerrard was a worthy winner.

"He was inspirational. He didn't play in the best teams; if you look at the [contenders], for of them played together in one team - four of the best players ever to play for Liverpool," he commented.

"Steven Gerrard played in some teams that were decent and some that weren't. He had to sometimes drag them to results and get great results for them."

LFCTVGO subscribers can watch 'Liverpool's Greatest' in full below.