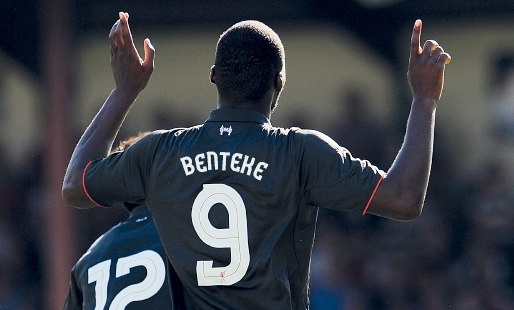 Christian Benteke has today been confirmed as Liverpool's new No.9.

A day after serving early notice of his lethal finishing with an incredible volley against Swindon Town, the Belgium international officially takes the iconic number.

He became the Reds' seventh signing of the summer last month by completing a transfer from fellow Barclays Premier League outfit Aston Villa.

In his three previous seasons in English football, Benteke struck 42 goals in 89 league appearances to establish a reputation as a feared forward.

Now he assumes a number that has been worn with distinction for Liverpool by the likes of Robbie Fowler, Ian Rush, Ian St John and Fernando Torres.

Click here to purchase your 'Benteke - 9' shirt from our online store now.

Benteke a late sub as Belgium beat Republic of Ireland

Benteke: How I was so sure I'd score that penalty