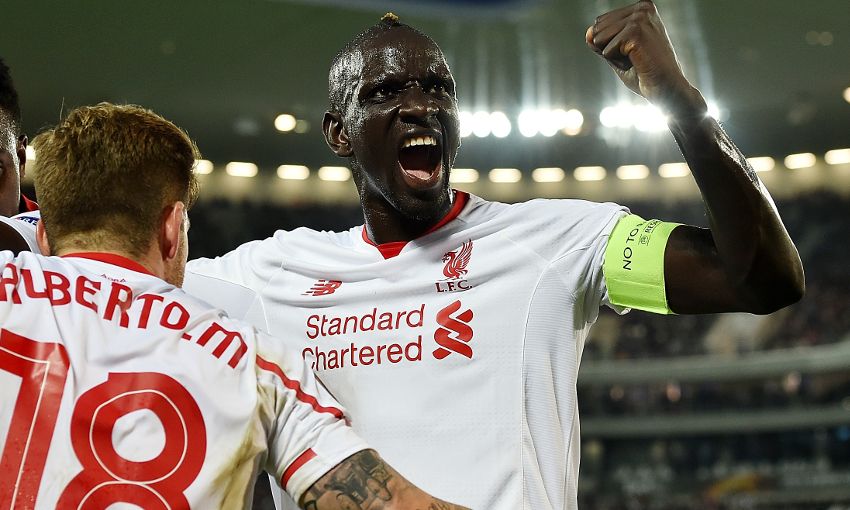 Mamadou Sakho is determined to return as quickly as possible for Liverpool after receiving the welcome news that his injury is not as serious as initially feared.

The France international was forced off shortly before half-time in the Anfield clash with Crystal Palace earlier this month due to an awkward fall following an aerial challenge.

His misfortune interrupted an impressive run of form for the defender, whose displays during October earned the Standard Chartered Player of the Month award, as voted for by supporters.

But upon collecting the accolade at Melwood, Sakho delivered a positive update on his fitness – reporting that fans could see the No.17 back on the pitch sooner than anticipated.

He told Liverpoolfc.com: “I’m very happy because I think it’s good news. Everyone thought I had a big injury for a long time.

“But, thank God, I think it will be between four and six weeks. We will see the evolution. Now I feel much better, I work and I hope I will come back as soon as possible.

“For me, it’s not difficult. I take my injury like that because I can change nothing. I know which way I have to go, which road I have to take.

“I have the objective to come back as soon as possible, as strong as possible. When I come back I will try to give my best like before.”

Sakho was watching his teammates on television last weekend as Liverpool produced a sensational performance to beat Manchester City 4-1 at the Etihad Stadium.

Frustration at not being involved in such a memorable display was mixed with huge pride in the standards achieved by Jürgen Klopp’s side.

“We played really strong and showed the team. Everyone felt the same. The most important thing is the team – everyone has to give 100 per cent.”