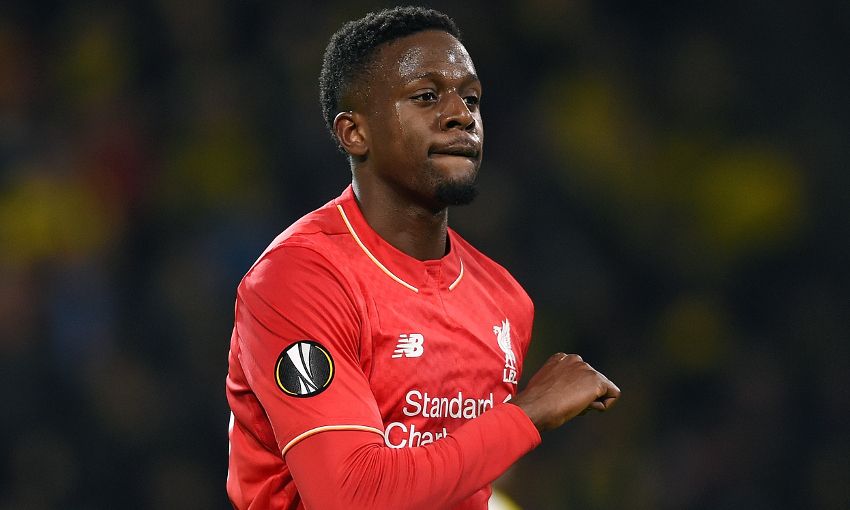 Coutinho: There's still plenty to achieve and aim for

Divock Origi was on target as Liverpool and Borussia Dortmund played out a 1-1 draw in the first leg of their Europa League quarter-final on Thursday night.

The 20-year-old demonstrated great composure to steer the Reds into a first-half lead at Signal Iduna Park, expertly converting after collecting James Milner’s header on.

Dortmund equalised in the early stages of the second period when Mats Hummels netted with a header from a corner.

However, the visitors were denied the opportunity to go back in front when Philippe Coutinho was foiled by Roman Weidenfeller twice in quick succession to ensure the contest ended in a draw.

Liverpool made just one change to their starting line-up from the team fielded against Tottenham Hotspur on Saturday, with Origi coming into the XI to replace Daniel Sturridge.

Meanwhile, Roberto Firmino was named on the bench after recovering from a hamstring strain.

Kick-off was preceded by a spine-tingling rendition of 'You’ll Never Walk Alone' from both sets of supporters inside Signal Iduna Park to set the tone for a mouth-watering contest in Germany.

Once underway, it was Dortmund who enjoyed the greater of the early possession, but the first chance did not arrive until the 15th minute when Marco Reus swung a half-volley well wide of Simon Mignolet’s goal after Coutinho’s clearance had fallen invitingly for him on the edge of the area.

Moments later, the hosts fashioned a fine opportunity to take the lead when Reus’ cross from a ball in-behind cut out Mignolet and picked out Henrikh Mkhitaryan in the middle, but his seemingly goal-bound effort was repelled by a magnificent block from Mamadou Sakho.

At the other end, Dejan Lovren perhaps should have done better when he met a Milner set-piece with a downward header inside the six-yard box; however, it bounced up and into the gloves of Weidenfeller.

On the half-hour mark, a wayward pass from Jordan Henderson only succeeded in picking out Pierre-Emerick Aubameyang, who sped into the area and looked to tee up the supporting Reus, but Sakho was again on the scene to produce a crucial block.

Mkhitaryan then dragged wide and Aubameyang curled harmlessly into the arms of Mignolet from the corner of the area as Thomas Tuchel’s men looked to break the deadlock.

But with 36 minutes played, Liverpool left Signal Iduna Park stunned as they took the lead.

Collecting Milner’s flick on, Origi held off the attentions of Lukasz Piszczek before reversing a low shot into the far corner of goal from just inside the box.

And the Reds threatened a second almost immediately when Milner pounced on a loose ball but saw his effort cannon against the legs of Sven Bender.

Nevertheless, Dortmund went agonisingly close to levelling as first only another outstanding block – this time from Lovren – denied Aubameyang from converting Mkhitaryan’s through ball in first-half stoppage-time.

And before the half-time whistle was blown, Origi could have grasped a second when he raced through from Alberto Moreno’s pass, but his attempt to nudge the ball beyond the onrushing Weidenfeller was fended off by the ‘keeper’s shoulder.

Liverpool made a change during the interval, with Joe Allen replacing Henderson.

With just three minutes of the second period elapsed, Dortmund levelled as Hummels powered in a close-range header from Mkhitaryan’s delivery at a short corner.

But it did little to dampen the Reds’ spirits and an incredible passage of play witnessed them denied on three occasions by saves from Weidenfeller as Coutinho twice and Nathaniel Clyne watched shots pushed away by the home side’s custodian.

At the other end, Reus curled a free-kick straight into the grasp of Mignolet as the contest followed a similar to the pattern to the opening half – Dortmund seeing more of the ball, but Liverpool threatening on the counter.

With time ticking away, first Firmino and then Sturridge were introduced into the action, with Adam Lallana and Origi making way.

Inside Pre-season: Reds take on Borussia Dortmund in Notre Dame