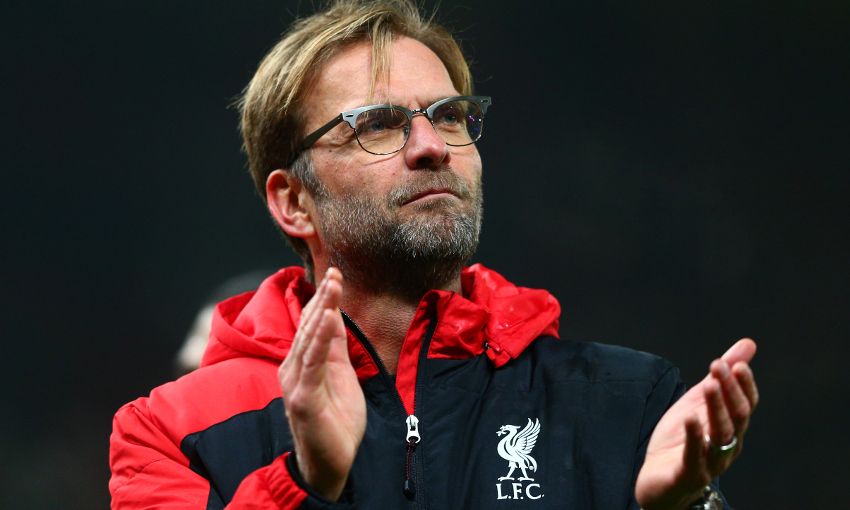 Blog: Reds can use Dortmund display to defeat Stoke

Jürgen Klopp has explained why he feels his side will need help from 'each voice at Anfield' when they go head-to-head with Stoke City on Sunday afternoon.

Liverpool entertain Mark Hughes' men in the Barclays Premier League, just days after a trip to Germany to tackle Borussia Dortmund in the Europa League.

With the time for recuperation limited, the boss feels the players will need a helping hand from their ever-reliable 12th man.

"For sure, in a situation like this, you need the crowd 100 per cent," Klopp said at his pre-match press conference at Melwood on Saturday afternoon.

"I think against Tottenham [and] against Dortmund we showed we are really ready. That we really want [it] if we try everything.

"I don't know how many games Stoke have had less than we have, a big number I would say. Over the whole of the season, I think it's 15 games or something like this.

"We have to ignore it but usually you cannot ignore it, you have to know about it.

"For us it will be a big fight, for sure. For this fight, we need each voice at Anfield.

"Hopefully we can create a big atmosphere because it will be really, really necessary."

Given recent exertions, Klopp admitted Liverpool may make changes to the line-up that started at Signal Iduna Park last time out.

Nevertheless, the German insists it is not a case of 'resting' players - more having the strongest XI available to try and leapfrog Stoke in the league table.

He added: "We have no time for resting, that's the situation. Of course, we have to think about a few changes, that's how it is.

"How could we make a real session today? It's not possible. It's more about talking, giving information, not on the pitch, in the meetings. There are still two to go.

"We have a few opportunities to change. It's not about resting one or the other player, it's about having best line-up for Stoke.

"I think everybody [has] seen the season of Stoke - it's a really good one. They are strong and two points ahead [of us], so with three points here we can get them. It would be pretty important for us."