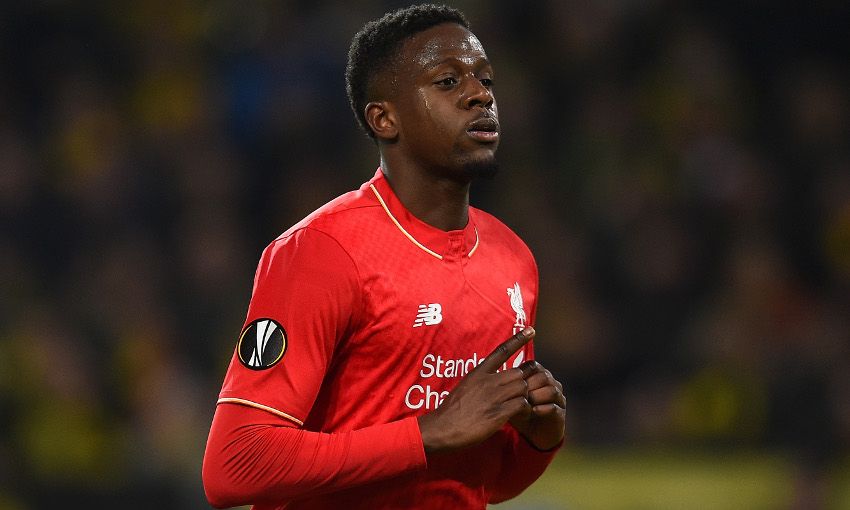 Jürgen Klopp has confirmed Divock Origi is ahead of schedule in his bid to return from the ankle injury he suffered against Everton last month.

And the German says the club's medical staff will take things 'day by day' as they assess whether the striker can feature in the Europa League final.

Origi has been sidelined since being forced off during the Reds' 4-0 thrashing of their local rivals, having sustained an injury which was initially expected to keep him out for the remainder of the campaign.

However, Klopp has revealed that he is already back out on the pitches at Melwood and has a chance to make the squad to face Sevilla in Basel on May 18.

"He is already training, not with the team, but like Hendo. He's on the pitch, he's running, he's passing and all this," he said.

"It's the same like with Hendo: day by day. We don't have to make a decision.

"He's [back] quicker than we thought, like it was with Emre, a really good job from all the therapists and the coaches. But we cannot force it, we take what we get.

"In this moment he is on a good way, a better way than maybe expected the day after the injury, but if the time is enough until next Wednesday, I don't know."

Liverpool's striking options were further boosted this week by Danny Ings' long-awaited return to training after a lengthy absence through a serious knee ligament injury.

The 23-year-old, who remains ineligible for Europa League action this term, has been out since the first week of Klopp's reign but is now back in contention for a first-team place.

The boss remains wary of pushing Ings too hard to secure him a run-out before the campaign concludes, though.

He added: "What can I say? Danny is healthy. He cannot be [match] fit in a champion way, not 100 per cent fit of course, but he's in a really good way.

"We will see what happens. For tomorrow, absolutely not. Maybe, maybe [he can be in the] squad, if it makes sense - I'm not too sure.

"We will see the progress over the next few days. His first session on the pitch was like he was never away, but then his body shoots back the next morning.

"Getting up, it's not too easy because it's a completely different intensity in this kind of training than before.

"We have to see how he reacts to all our training sessions, but he's really in a good way. I think it's a really good situation because he will be 100 per cent when we start for the pre-season, that's great.

"I'm pretty sure Ingsy sees it a little different because he'll think, 'If it is was one or two weeks longer this season, then I could have played for sure.'

"So that's how it is. Maybe it's not enough time for him, but next season, we'll have a lot of fun with him for sure."