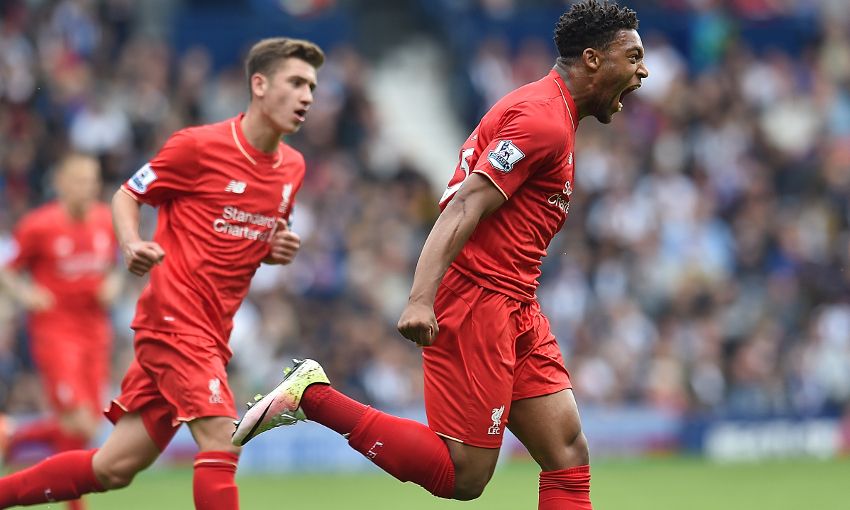 In numbers: Liverpool in the Europa League

Jordon Ibe believes his outstanding individual goal at West Bromwich Albion was a timely confidence boost as the Liverpool winger plots an upturn in form next season.

The 20-year-old levelled the score at the Hawthorns on Sunday with a strike that showed off the explosive pace and close control that he possesses.

Having rolled his marker at the halfway line, Ibe set course for the Baggies box at speed and kept his composure once there to direct a left-footer into the bottom corner.

In the short-term, the touch of class earned the Reds a 1-1 draw in their final Barclays Premier League game of 2015-16; in the long-term, the No.33 hopes it can mean much more.

“It was a good pass from Flanno – me and him have been linking up well,” he explained to Liverpoolfc.com after the final whistle.

“Getting past the full-back, I was fortunate enough to come inside and get the shot off. It was good to get a goal for the team.

“I’ve been trying to work on this stuff in training, watching a lot of the other players. It’s good for confidence.

“[This season has been] ups and downs. It’s still a learning curve for me. Hopefully I can bounce back and do better than this season next season.

“I just need to keep working hard. Hopefully it will come for me with hard work and working with this manager.”