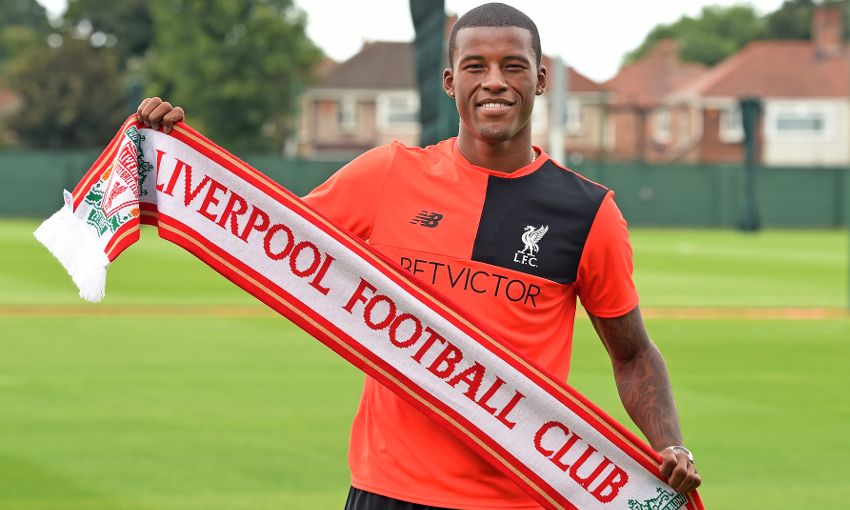 Georginio Wijnaldum hopes to follow in the footsteps of his fellow Dutchman Dirk Kuyt by becoming a fan favourite at Anfield - and LFCTV GO subscribers can watch our exclusive interview with the new signing on demand now.

Wijnaldum completed his transfer to Liverpool from Newcastle United on Friday, with the 25-year-old signing a long-term deal before jetting out to the USA to meet up with Jürgen Klopp and his new teammates.

The Kop took Kuyt to their hearts thanks to the forward’s tireless running and knack for scoring vital goals – and Wijnaldum wants to earn the same adulation as his countryman.

When asked about Kuyt’s rapport with Reds fans, Wijnaldum replied: “He deserved it at that time because he worked - he always works hard.

“It doesn’t matter where you put him on the field, he works hard. Supporters appreciate it when you’re trying to work hard for the team and that’s what I have to do also.”

LFCTV GO members can watch our exclusive interview with Wijnaldum in full on demand now. Need a subscription? Sign up here.

Watch Wijnaldum and his new teammates at Anfield in style this season with The Dugout, plus a range of hospitality offers. Click here for details.