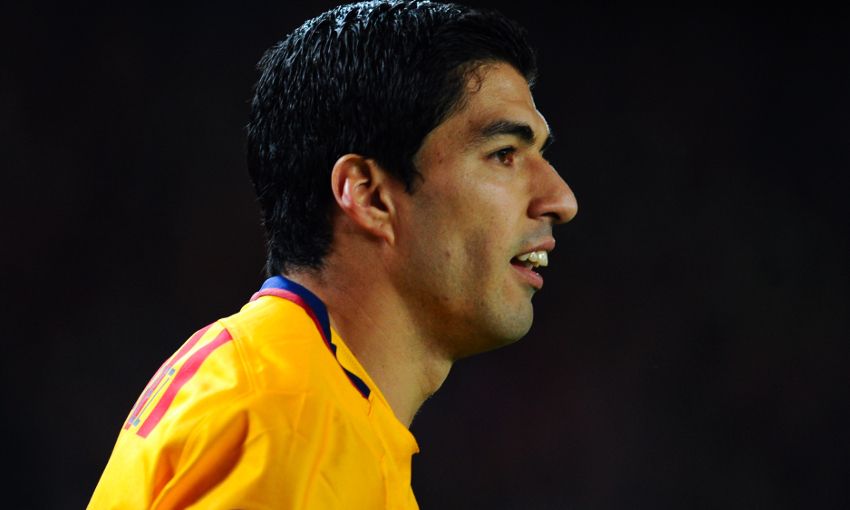 Luis Suarez will line up against Liverpool for the first time on Saturday - and the Barcelona star is looking forward to seeing some old friends at Wembley.

The Reds are set to take on the Spanish giants in front of a 90,000 sell-out crowd as they round off their International Champions Cup commitments following games against Chelsea and AC Milan in the USA.

Suarez, of course, will need no introduction to any of the Liverpool contingent at the national stadium, with the Uruguayan having scored 82 goals in 133 appearances during an unforgettable three-and-a-half-year spell at Anfield.

Liverpool’s former No.7 has since cemented his status as one of the world’s best players with two prolific, trophy-laden seasons at the Nou Camp.

This weekend will mark the first time Suarez has played against the Reds and he is excited about the prospect of a reunion with several former teammates and the travelling Kop.

“It’s a really nice moment for the supporters. I have some friends there and I think it’s a really good moment to come back to play against Liverpool,” Suarez told Liverpoolfc.com.

“I think for players when you play in front of 90,000 people, it’s a dream. Liverpool’s support is one of the best in the world and I think they are excited for the game to see great players on the pitch.

“Everybody knows Liverpool is so important in my life, in my career, and my family as well. My second child was born there and I had a really good moment there. I think it’s a nice moment for me.”

Much has changed at Anfield since Suarez’s departure two years ago, and the 29-year-old sees no reason why Jürgen Klopp cannot lead the club back into the Champions League.

“The last few months, everybody saw a really good performance from Liverpool,” he added.

“They had a chance to win the Europa League and in the Premier League they played really well. Now it’s a new season, I think the manager [will] have confidence they can finish in the top four.”

Suarez has mixed emotions when it comes to his memories of playing for the Reds at Wembley, and feels glad that Saturday’s meeting is not a competitive fixture.

“Wembley Stadium is special and I played three or four games there: the semi-final I scored against Everton; and then we won the Carling Cup on penalties; we lost the [FA Cup] final against Chelsea,” he continued.

“It’s important for this game that it’s a friendly game because if it was in the Champions League or a really good tournament, it’d be difficult to play against Liverpool. But a friendly game is to enjoy.”

You can watch our full interview with Luis Suarez on LFCTV and LFCTV GO on Friday.

Want to watch the Reds face Suarez and Barcelona on Saturday at 5.15pm BST? Click here to sign up.