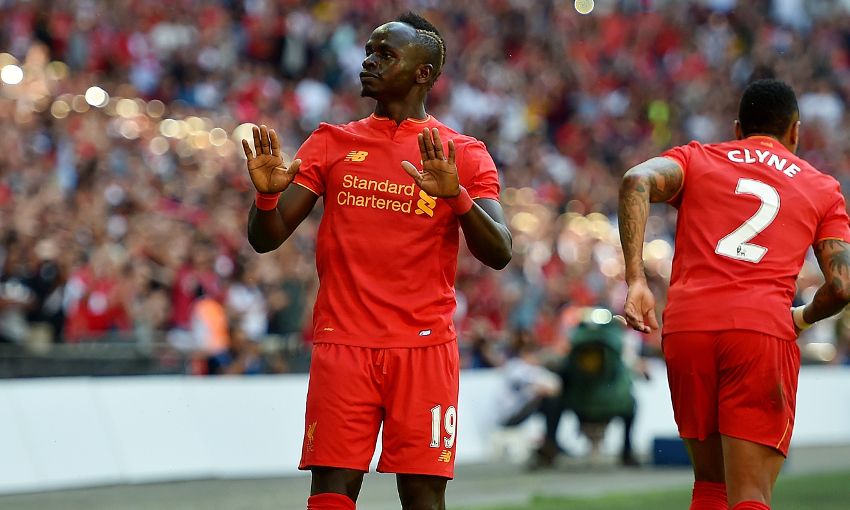 Arsenal v Liverpool: What the stats tell us

Sadio Mane may have spent the early stages of his Liverpool career impressing from a wide right position - but the forward insists he is happy to play anywhere for Jürgen Klopp.

The Senegal international has slotted seamlessly into Klopp’s team since his move from Southampton, and his combination of pace, direct running and goalscoring threat wreaked havoc against Barcelona last Saturday.

The 24-year-old’s first goal in Liverpool colours set the Reds on their way to a resounding 4-0 victory over the Spanish giants at Wembley Stadium and his outstanding performance was recognised with the official Man of the Match award.

Klopp predominantly deployed Mane on the right of his attacking line during pre-season, but the No.19 would have no qualms if the boss needs him elsewhere.

When asked about what he considers to be his best position, Mane told Liverpoolfc.com: “I’m happy when I’m helping the team, not only on the right. I can also play on the left, or the number 10 or as a striker, but that doesn’t matter to me.

Mane explained that the manager’s style of play is all about the collective, rather than relying on individual brilliance.

“If you want to win, you have to defend as a team and we press high. I think that’s the key to our success, we’ll keep doing it,” he added.

“It’s clear for everyone, every striker, that you have to defend as well. I’m happy with that and I try to do it.”

Mane scored 15 times in all competitions for Southampton last season – and when quizzed on his targets for his first campaign as a Liverpool player, the response was unequivocal.