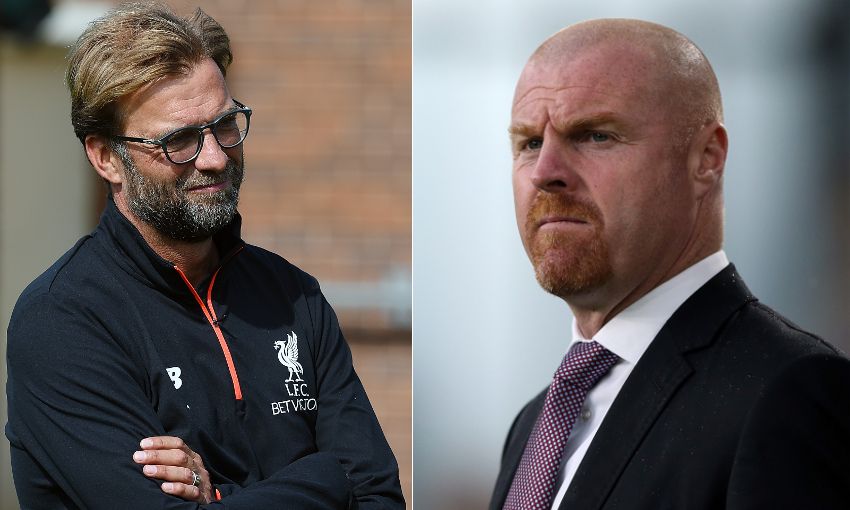 Burnley 2-0 Liverpool: How it happened at Turf Moor

Look ahead to Liverpool's clash with Burnley at Turf Moor by poring over these 12 pre-match stats, courtesy of Ged Rea...

The sides last met in the 2014-15 season, with Liverpool doing a league double. Raheem Sterling scored the only goal of the game in a Boxing Day encounter at Turf Moor, while Jordan Henderson and Daniel Sturridge netted in a 2-0 Reds win in the Anfield return.

In the four Premier League clashes, Liverpool have won all of them, scoring 11 times without conceding.

Liverpool have lost only one of their last nine league visits to Turf Moor - going down 2-1 on Boxing Day 1973 when a Peter Cormack goal wasn't enough to cancel out strikes from Ray Hankin and Paul Fletcher.

The Reds' biggest victory at Turf Moor came when they won 5-1 in both December 1964 and December 1969. They suffered their heaviest loss on Christmas Day 1926 when they were beaten 4-0. Liverpool's largest league win over our opponents came on Boxing Day 1928 - 8-0 at Anfield.

The last Liverpool player to hit a hat-trick against Burnley was Yossi Benayoun in a 4-0 Anfield win in September 2009. He is the last of four Reds players to score trebles against the Lancastrians, the others being Gordon Hodgson (1928), Louis Bimpson (1953) and Roger Hunt in 1964, who is the only man to achieve the feat at Turf Moor.

Liverpool have lost only two of the last 18 league meetings home and away. Their last league defeat to Burnley came in September 1974 when Clarets defender Ian Brennan bagged the only goal at Anfield.

The Reds have not conceded to Burnley in the last six league meetings home and away. In those half-dozen clashes they have scored 13 times, winning five and drawing one.

When Burnley were promoted from the Championship in 2013-14, Danny Ings was the top scorer in the league with 21 goals. In all competitions he netted 43 times in 130 games, with 38 of those coming in 122 league appearances.

Liverpool have won their opening two games of a Premier League campaign on six occasions - including two of the last three seasons. The Reds have not won their first two away league games of a campaign since 2007-08 (with victories at Aston Villa and Sunderland). That is the only time they have achieved the feat in the last 17 campaigns.

Simon Mignolet could play the 200th Premier League game of his career.

Their 1-0 home defeat by Swansea City last Saturday was Burnley’s first in 24 league games. Their previous loss had come at the hands of Hull on Boxing Day. They had won 16 and drawn seven of the 23 fixtures in between.

They have not scored more than once in a match against Liverpool in the last 20 league and cup meetings, a run stretching back to 1973.