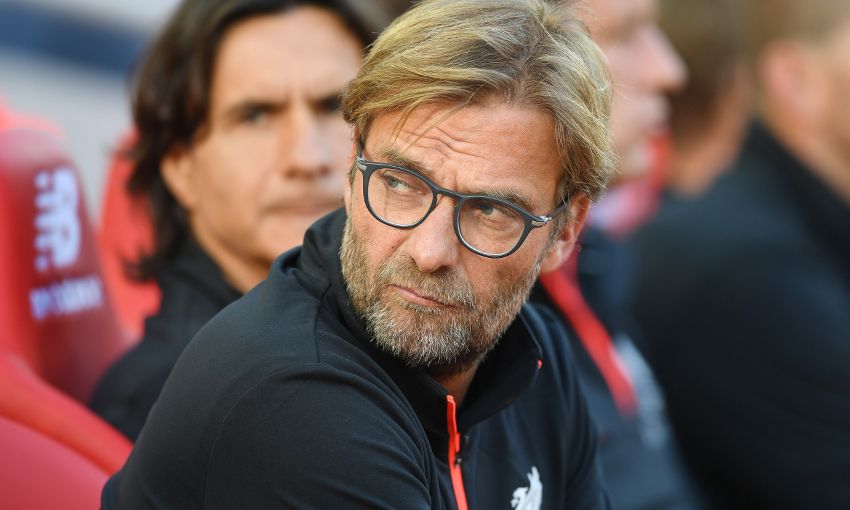 Five reasons why Lallana won LFC Player of the Month

Jürgen Klopp insists Liverpool should not be fooled by Swansea City's start to the season as they travel to the Liberty Stadium aiming to 'look different' to when they lost in Wales last term.

The Reds have won their past three Premier League matches and accumulated 13 points in the division so far, in contrast to the four achieved by Saturday’s opponents.

Swansea are yet to win in front of their own fans this campaign and were beaten in back-to-back meetings with Manchester City on home soil last week.

But Klopp believes the Welsh club are better than their results suggest and pledged that his team will try to perform to a level that merits returning to Merseyside with a win.

“This season we have enough time to analyse all of the opponents properly, so that means we not only saw the last game, we saw a few, nearly all,” he said at his pre-match press conference.

“They played much better than four points look like. They are a good football-playing side with a clear plan and different options in their style of play, good defending.

“But we cannot lean back and think that’s how it is until now so it will stay like this, especially on Saturday. We will be prepared for this game, nobody should be in doubt that we know about the quality of Swansea.

“We lost there last year in a difficult week for us, when we lost at Villarreal in the 90th minute. We came back and had to play there on the Sunday at 12 o’clock.

“That was really hard for us, we didn’t perform well and so deserved the defeat. But this time we want to deserve something else. That’s the plan.”

Liverpool’s trip to Swansea in May fell between the two legs of their Europa League semi-final against Villarreal, meaning Klopp shuffled his pack for the match.

The manager accepted the intensity of a long season played a part in his team’s 3-1 defeat on the day, though stressed that should not be an excuse – and certainly should not come into play this Saturday.

He added: “We should not compare with the game last year. It is only a fact we lost there. It was a different week. We flew back from Spain and had to make a lot of changes in the line-up.

“Around that game it worked really well with all our rotation things. One or the other game was really good when we had to do something similar.

“But in that moment it was too much for us and we were not good on that day. But I was pleased last year with the development of the single players, what they did and how they tried to be confident enough for the job we gave them – performing in a Premier League game.

“For one or the other players, especially when we played at Swansea, it was not too early but it was not the perfect moment. That was the situation.

“Now we are still in development and we have to improve in specific positions and in the tactical things as a team. But we were quite confident.

“It needs to look different and that’s what we try to show every week.”