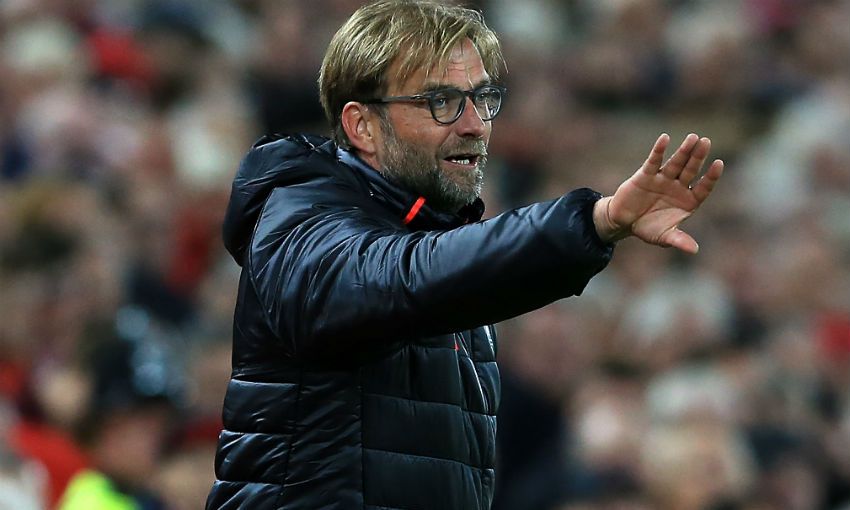 Jürgen Klopp has stressed that nobody at Liverpool is resting on their laurels after an impressive start to the season that has seen them lose just once in 11 games.

Saturday’s 2-1 victory over West Bromwich Albion at Anfield extended the Reds’ unbeaten run to nine matches in all competitions, with only the superior goal differences of Manchester City and Arsenal keeping Klopp’s side off the top of the Premier League.

A 2-0 reverse at Burnley in August remains Liverpool’s only defeat so far in 2016-17, with tomorrow night’s EFL Cup fourth-round tie with Tottenham Hotspur next on the agenda.

Klopp was asked whether his team have found their ‘rhythm’ this season during his pre-Spurs press conference this afternoon and, in his assessment of the campaign to date, the boss was quick to point out that there is still plenty of work to do.

“Not always, I think the Swansea first half was far away from looking like rhythm,” Klopp said.

“I don’t know where we are, but I know we are not on halfway so there’s a lot of things for us to do better. In most of the games we’ve been good enough to win and sometimes a little bit better, but nobody feels in the dressing room that it is not possible to play better.

“It’s no problem, that’s the job, otherwise we could have a holiday all week and just meet Saturday or Sunday [for games]. It makes real sense that we have a few sessions in the week and work together and hopefully we can get better.”

City, Arsenal and Tottenham - who sit one point adrift of the leaders - all dropped points over the weekend, but Klopp is paying little attention to the Premier League table with 29 rounds of fixtures still to play.

“I don’t care. I don’t care. That’s normal in football that when you are in a good position that people starting talking a little bit more positive,” he added.

“I don’t recognise too much what everybody is saying about us, but of course I recognise the mood around LFC - it’s good, but we’re still in October unfortunately, there’s a long way to go so there is nothing to say about this.

“Hopefully you can ask these questions for the whole season because then everything is good, but I am not interested, that’s how it is. It’s good, until now - not more, but good. Let’s carry on.”