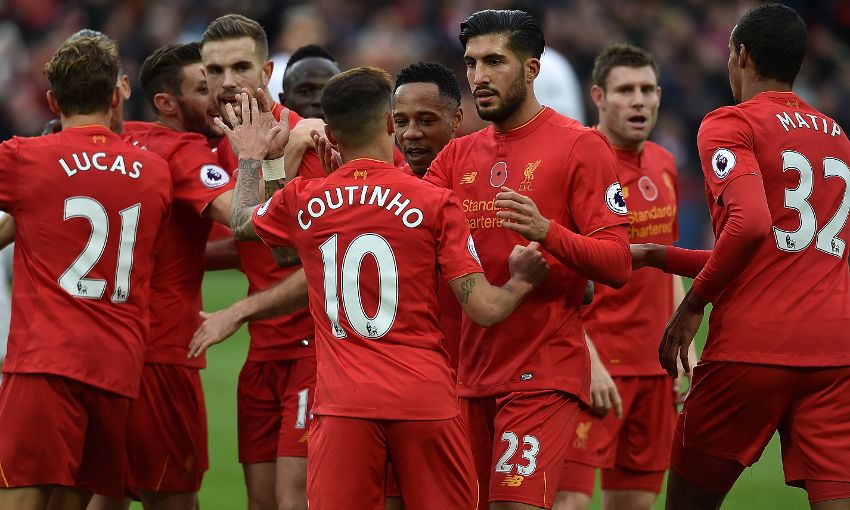 Liverpool took top spot in the Premier League with a dominant 6-1 victory over Watford at Anfield on Sunday afternoon.

Sadio Mane’s brace and strikes from Philippe Coutinho, Emre Can, Roberto Firmino and Georginio Wijnaldum extended the Reds’ unbeaten run in the division to nine games and sent Jürgen Klopp’s team to the summit.

The visitors claimed a consolation through Daryl Janmaat with a quarter of an hour remaining, but could not puncture the hosts’ positivity heading into the international break.

Klopp made two changes, with Lucas Leiva and James Milner replacing Dejan Lovren – out with a virus – and Alberto Moreno from the side that started last weekend’s 4-2 victory at Crystal Palace.

Before the game began, a minute’s silence was observed to commemorate Remembrance Weekend. Liverpool’s shirts also featured embroidered poppies and will be auctioned to raise funds for the Royal British Legion.

The temperature around and inside the stadium was freezing at kick-off and the match itself took time to warm up, a Firmino side-footer straight at Heurelho Gomes aside.

The Reds soon forged three opportunities in quick succession, though.

Lucas will feel he should have scored when a 17th-minute corner from the right was flicked into his path by Firmino, but Gomes sprawled to block the shot at the back post.

As Klopp’s men stepped up the tempo, Coutinho struck the bar from an offside position and was inches wide with a low drive after beautifully darting around Janmaat.

But it is hard to stop the Brazilian for long at the moment.

And on 27 minutes, a short corner routine involving Coutinho and Milner teed up Mane to meet a near-post delivery with a perfectly judged header over Gomes for the opener.

The No.10 then doubled the advantage himself within moments, gliding into space from the left again and slamming a finish past the reach of the goalkeeper from 20 yards.

Sensing an opportunity to put the game beyond the Hornets, Liverpool surged forward, and they grabbed a third with two minutes left in the half – Can nodding a header home from Adam Lallana’s inviting cross. 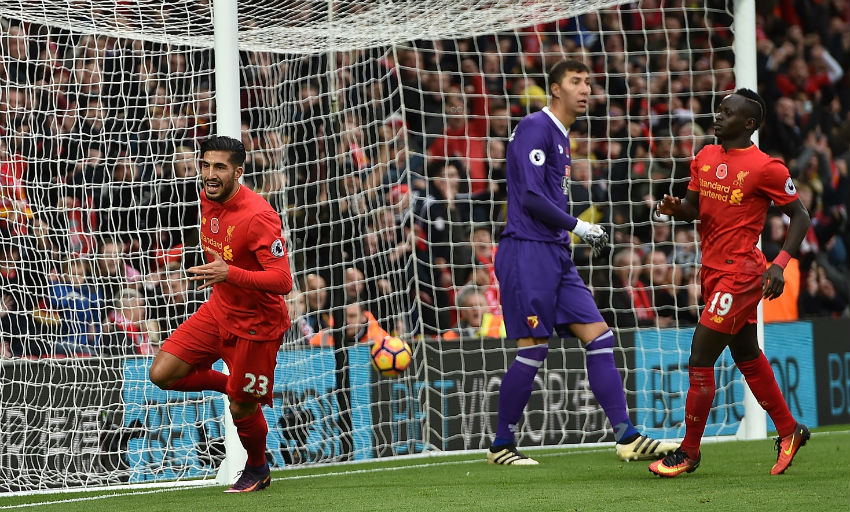 Liverpool made it clear from the outset of the second half that they had no intention of letting up the pace – and two more quickfire goals had them five ahead by the hour mark.

Firmino added his name to the scoresheet on 57 minutes, benefiting from Lallana’s clever burst into space in the left channel and delivery into the middle for a tap-in.

The No.11 turned provider moments later, breaking in behind and holding the ball up until Mane was in position to turn his cross beyond Costel Pantilimon, an earlier replacement for the injured Gomes.

In the other goal, Loris Karius was determined to do his bit with a clean sheet, denying Etienne Capoue on two occasions and reacting to thwart Miguel Britos too.

But the German was unable to prevent Janmaat from grabbing a consolation for the visitors as he exchanged passes with Nordin Amrabat and curled a precise finish into the left corner.

Daniel Sturridge, on as a substitute, crashed two shots against the crossbar but Wijnaldum rounded the win off with a last-minute rebound and the Reds will now sit top of the Premier League during the international break. 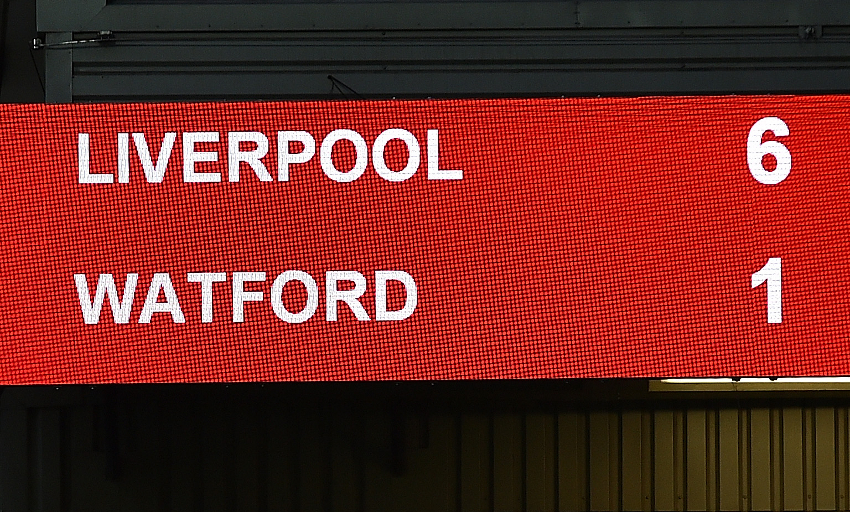