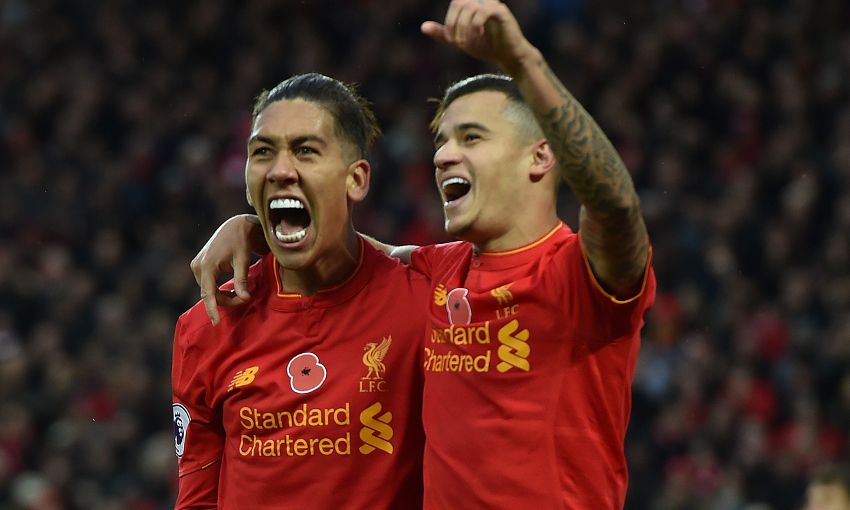 Philippe Coutinho explained how the movement of Liverpool's attacking players is pivotal to their excellent form after helping his team go top of the Premier League on Sunday.

Another scintillating display earned the Reds a 6-1 victory over Watford at Anfield, with five different players on the scoresheet – including the No.10 himself.

The result was the side’s eighth win in 11 Premier League games so far this season and sent Jürgen Klopp’s men a point ahead at the summit of the table.

Coutinho said: “The manager asks us to move a lot and that’s what we tried to do in the game and create space for our teammates.

“That’s what we tried to do today. We had a good win, it’s good for us and we are happy with that.”

The Brazilian created the opener for Sadio Mane and then doubled the lead himself, driving a low finish beyond the reach of the goalkeeper.

It was his fifth goal of the Premier League campaign – but Coutinho is not setting any personal objectives.

He added: “My target is to play well and help my teammates, contribute in the games and learn a lot, and that’s it.”