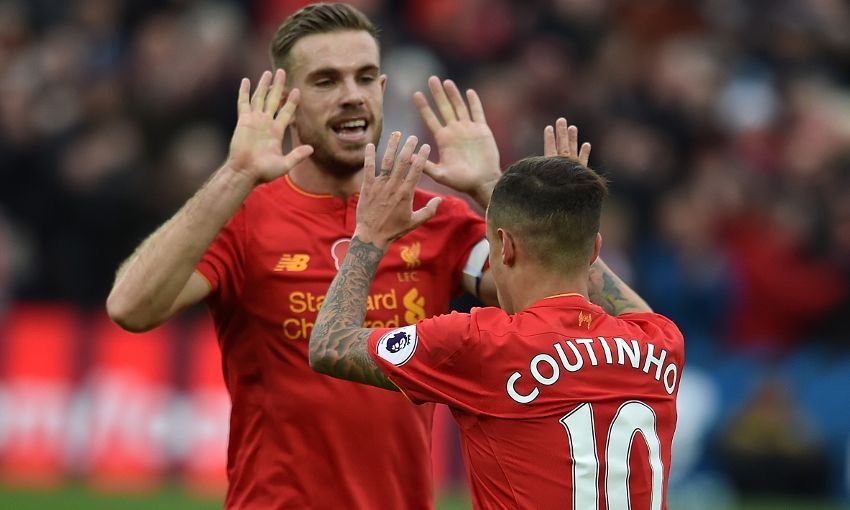 Jordan Henderson was quick to stress that nothing is achieved in November and Liverpool must keep working hard to replicate the standard of their performance against Watford.

The Reds were in destructive mood at Anfield on Sunday, racking up a 6-1 win thanks to a brace from Sadio Mane and further goals by Philippe Coutinho, Emre Can, Roberto Firmino and Georginio Wijnaldum.

At the end of the afternoon, Henderson and co had secured top spot in the Premier League, moving a point clear by virtue of their eighth victory out of 11.

But while the captain was naturally delighted with the result and performance, he insisted the hard work in training and matches simply has to continue.

“This is a very good team with very good players, but you don’t get anything for being top in November,” he said.

“It’s just another game every week, like I keep saying – I know it’s boring and you keep hearing us say it, but it’s the truth. We’re just concentrating on each game as it comes, working very hard in training and then applying it at the weekend.

“We’ve just got to keep going with that mentality and keep working for each other. If we do that, we’ll be in a good position at the end of the season.”

Henderson continued: “There are a lot of teams up there. We’re just confident with the performances and the results – we need to keep the momentum going.

“In training there has been a very high level and we need to keep that going. The players that you don’t see playing, that are on the bench and in the squad, are very important to us because we work very hard in training as a group and they push each and every one of us in training.

“I think that’s really important throughout the season and that has been very good so far. We’ve just got to keep that going and keep putting on performances like that.”