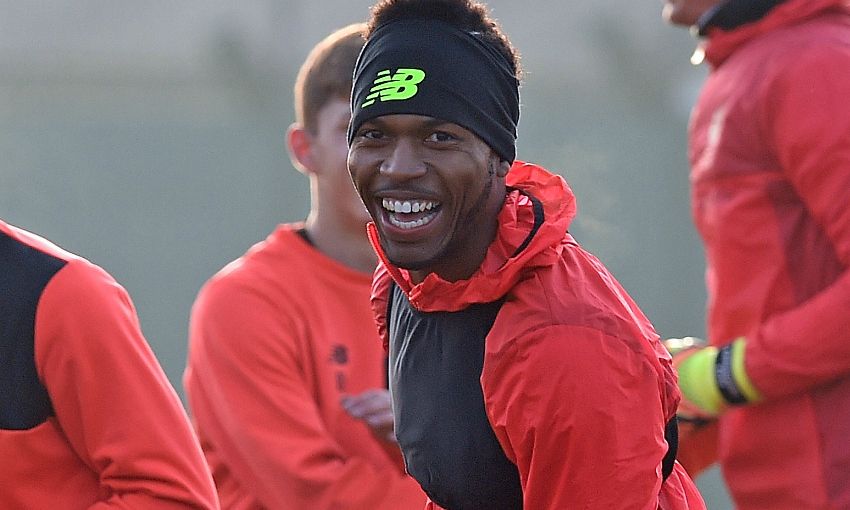 Daniel Sturridge’s quality was there for all to see when he came off the bench against Everton on Monday, and Jordan Henderson feels the striker’s return from injury represents a ‘massive’ boost for Liverpool.

After missing the Reds’ previous five games with a calf injury, Sturridge made a telling contribution during his cameo at Goodison Park as his injury-time shot rebounded off the post into the path of Sadio Mane, who converted to give Jürgen Klopp’s side all three points in the most dramatic of circumstances.

Post-match, Klopp marvelled at the No.15’s ability to affect proceedings so positively, despite having taken part in just two team training sessions in the lead-up to the derby.

Next Tuesday’s Anfield meeting with Stoke City begins a run of three Premier League games in six days for Liverpool, and Henderson is delighted to have Sturridge available once again.

“It’s massive,” the captain said, when asked how important it is for Klopp to be able to call on Sturridge during the hectic festive period.

“Both him and Emre [Can] coming on [against Everton] - two brilliant players coming back from injury - shows the squad depth.

“I thought they were brilliant when they came on.

“Daniel came up with a bit of magic for the goal and he is a huge player for us.”

Mane wrote his name into Merseyside derby folklore by reacting quickest to Sturridge’s effort to notch his eighth goal in 16 Premier League appearances for the Reds.

The forward could miss all of Liverpool’s January schedule due to Senegal’s participation in the Africa Cup of Nations - but while Henderson recognises that his absence will be a blow, he believes the team can cope without their leading goalscorer.

“I always knew that he was a good player,” the skipper continued.

“I had watched him at Southampton and could tell what he was like from playing against him. But since he has come up here, he has gone up another level.

“That is credit to the manager for helping him improve. It is also credit to him for wanting to improve. He has been fantastic for us this season and he will be a big miss when he goes away with Senegal.

“But we have got players who can step in and we will deal with it. Whoever takes his place, it is up to them to carry on his work.”