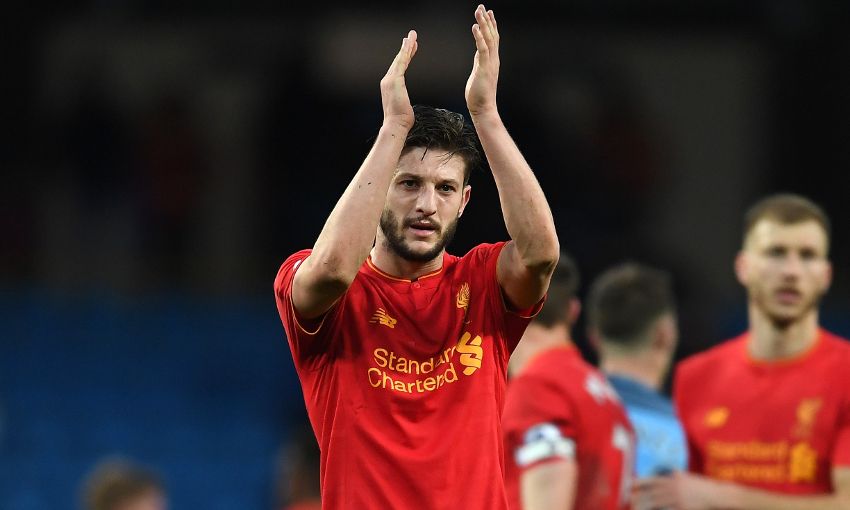 Adam Lallana has revealed he apologised to his teammates in the dressing room at the Etihad Stadium immediately after Liverpool's 1-1 draw with Manchester City on Sunday.

With the game entering its final 10 minutes, the midfielder spurned the opportunity to grab a second goal for the Reds as he failed to connect with Roberto Firmino’s knock-back when unmarked six yards out.

Lallana acknowledges it was an opportunity he should have done better with, though believes collecting a point after an intense end-to-end contest with Pep Guardiola’s side wasn’t a bad result.

He told the Daily Mail: “My eyes lit up, I just thought to myself ‘If I get some connection on this, it’s a goal’ but it just took a bounce in front of me.

“I might have just taken my eyes off the ball for a second and got excited. Oh, I’m absolutely gutted. It could have proven to be the winner and it was a big moment in the game. I’m so disappointed with it.

“Me being me, I went into the dressing room and said sorry to them all. That’s the way I felt. I put my hands up. To not hit the target… It was a chance I should have hit the target with and probably should have scored.

“I felt if we got the second, we would have put the game to bed.

“I apologised for not hitting the target but the lads were fine. It’s one of those things, isn’t it? They happen sometimes. It was a good point but I’m so disappointed not to score it because it could have been the difference.”