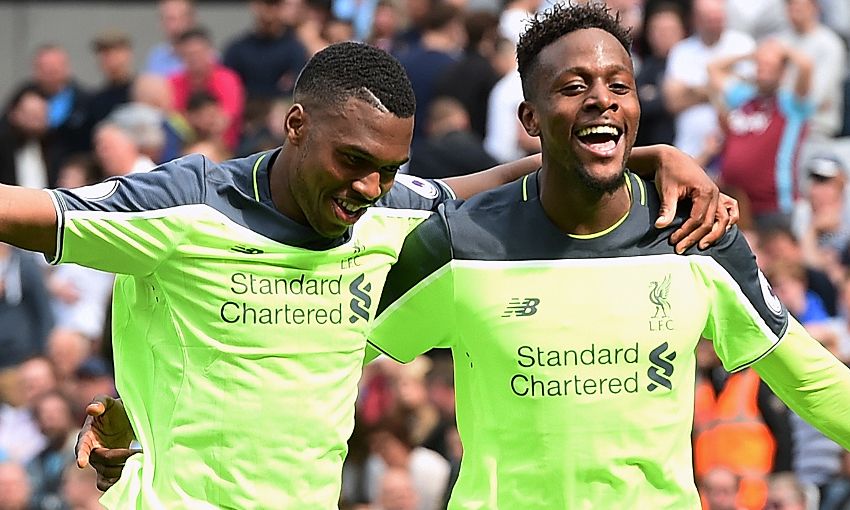 Liverpool go into Sunday's final-day Premier League clash with Middlesbrough knowing a victory will guarantee a top-four finish – and Divock Origi has vowed they will 'give everything' to make it happen.

The Reds’ emphatic 4-0 win at West Ham United on Sunday means they will go into the last fixture of 2016-17 with their fate firmly in their own hands.

And with the benefit of having home advantage, Origi is confident Jürgen Klopp’s side can realise their ambition.

He said: “It will be like a final so we will give it everything. We just have to continue playing our game and I think if we show the same attitude as at West Ham we have a big chance of doing this.

“We have worked hard all season to reach a goal and that was to finish the highest possible. We had two games left before West Ham. We have won the first and now we will give it everything in the second, so we will be at home which is very good and I think we can go with a lot of belief and a lot of confidence.

“[At West Ham] you could feel that we were all together and we just gave everything, we showed our quality and I think everybody enjoyed the game. We know we have the offensive qualities so we showed it in the end when we scored four goals.

“Our fans give us very big support, they’re a 12th man - and so I think 12 against 11 can be difficult, so we will try and do everything to win this game against Middlesbrough.”

Origi grabbed the fourth goal in Liverpool’s triumph at the London Stadium, adding to an earlier strike from Daniel Sturridge and a brace from Philippe Coutinho.

In what was an outstanding team performance, it was the Reds’ No.10 who took the Man of the Match accolade, leaving his teammate more than impressed.

“He has moments of magic,” Origi said of Coutinho. “I think he has a lot of talent and he’s a top player and an experienced player and he’s still only 24, so I think that’s very special.

“He helps us a lot, is there in the big moments and for me he is a joy to play with.”

Origi began the game in a central striking role alongside Sturridge, who marked his first Premier League start since January 2 with a finish of trademark aplomb as he rounded Adrian to sweep in the crucial opening goal on 35 minutes.

“Daniel as well is a big talent and of course he has experience and I always enjoy playing alongside him,” continued the Belgian. “He showed his qualities again for Liverpool and he’s very important.”